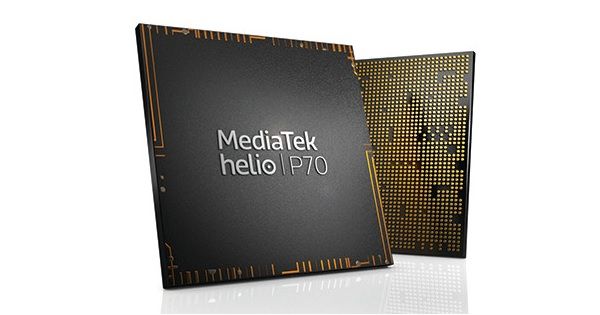 MediaTek has just unveiled its latest P-series processor, named the Helio P70, as the successor to the Helio P60. The brand claims that its new processor offers 10-30 percent higher Artificial Intelligence processing power than its predecessor. The vendor says that the Helio P70 SoC comes with upgraded imaging and camera support, enhanced gaming performance, and advanced connectivity features. 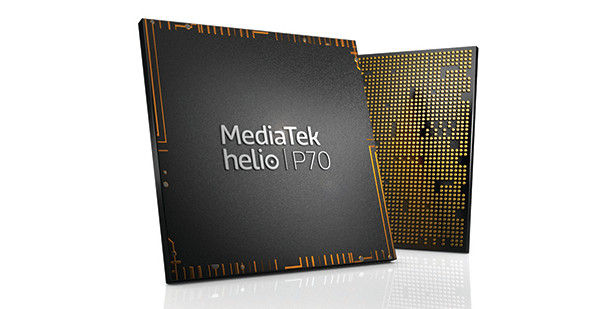 The MediaTek Helio P70 processor has been manufactured using TSMC’s 12nm FinFET fabrication process. The SoC offers multi-core operating at up to 525MHz to deliver fast and efficient edge-AI processing. It is based on the company’s NeuroPilot platform and supports frameworks such as TensorFlow, TF Lite, Caffe, and Caffe2, among others.

The chipset has four Cortex-A73 cores clocked at 2.1GHz and four Cortex-A53 cores with a clock speed of 2.0GHz in an octa-core big.LITTLE architecture. The SoC also packs an improved Mali-G72 MP3 GPU with a clock speed of 900MHz, which is touted to offer a 13 percent power boost compared to the Helio P60. For an improved gaming experience, the processor is optimised to reduce frame-rate jitter and improve latency for touch controls.

In the imaging department, the Helio P70 SoC supports a super-sized 32MP single shooter or 24MP + 16MP dual cameras. There are three ISPs on board, which are tuned to reduce power consumption by 18 percent as compared to the previous Helio generation dual-camera setups. The SoC is capable of supporting a number of AI-infused photo and video experiences. There’s also support for real-time beautification, scene detection, and artificial reality capabilities. The brand says that Helio P70 offers enhanced deep-learning facial detection with up to 90 percent accuracy. In addition, the processor has a hardware warping engine for low-power electronic image stabilisation. 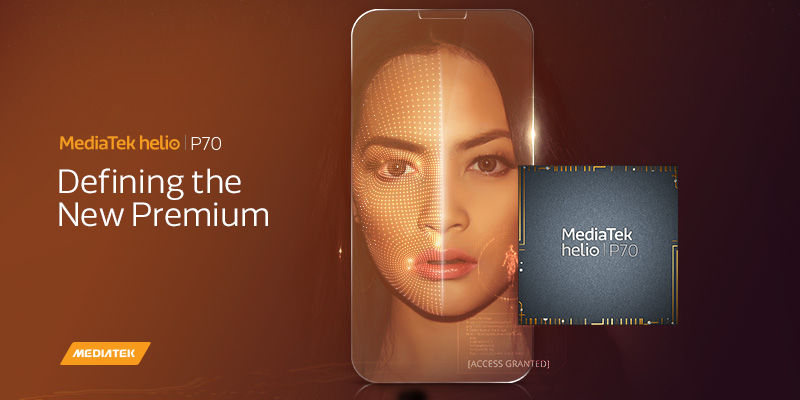 As for the other features, the Helio P70 processor supports screens with an aspect ratio of 20:9 and full-HD+ resolution. The phones powered by the SoC can be equipped with up to 8GB of LPDDR4X, and UFS 2.1 / eMMC 5.1 memory chips. The built-in modem on board supports two SIMs, dual 4G VoLTE, Cat. 7 download speeds, Cat. 13 upload speeds, and Band 71 (600MHz).

According to MediaTek, the Helio P70 SoC is in mass production at the moment. Devices powered by the processor are expected to be available in the market by November this year.