91mobiles.com
Home News MediaTek Helio P95 SoC has been announced and it will likely power... 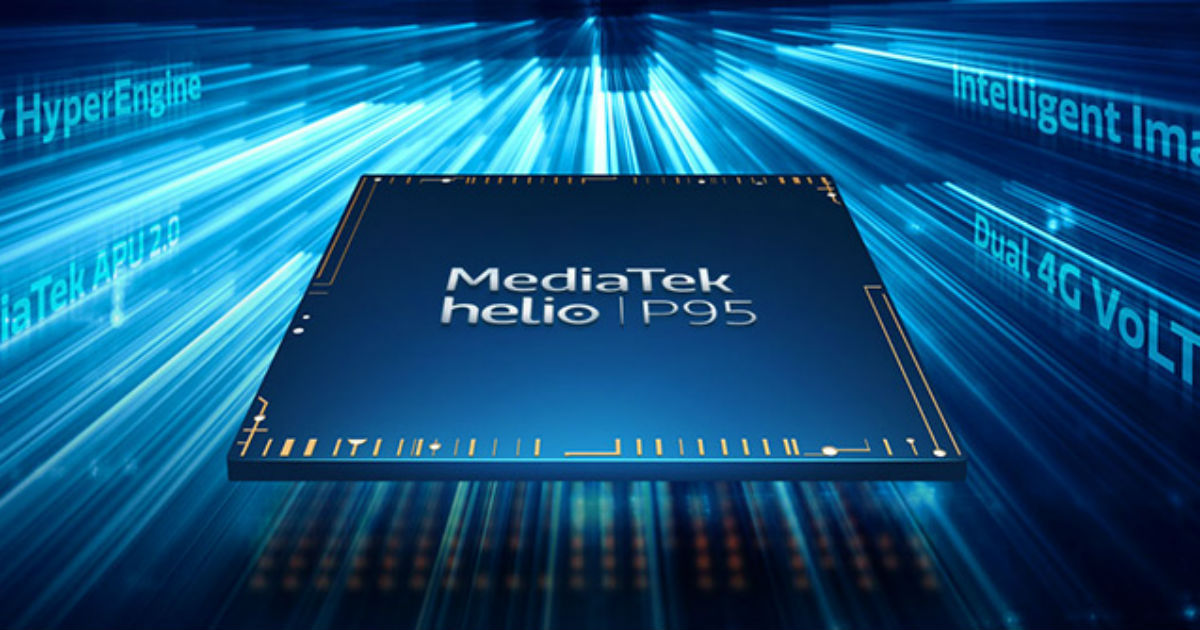 MediaTek has announced a new processor under its Helio P lineup, called the Helio P95 chipset. Going by the naming scheme, this looks like a marginal upgrade to the Helio P90 SoC. This isn’t the first time we are hearing about the Helio P95. A few days ago, 91mobiles spotted the upcoming OPPO Reno 3 Pro on the Google Play Console with the Helio P95 SoC. Now that the chipset is official, it will most likely make its debut with the Reno 3 Pro, which is set to launch in India on March 2nd.

Helio P95 chipset from MediaTek will power mid-range smartphones. The SoC offers an octa-core layout with two Cortex-A75 cores and six Cortex-A55 cores. It also supports up to 8GB of LPDDR4x memory, which is shallow since new generation flagship and even sub-flagship premium devices are switching to LPDDR5 chips and memory sizes of 12GB (or above, in some cases). Yet another feature that points to its mid-range bearings is support for only up to UFS 2.1 storage chips, while new devices are switching to the use of UFS 3 and above grade storage. 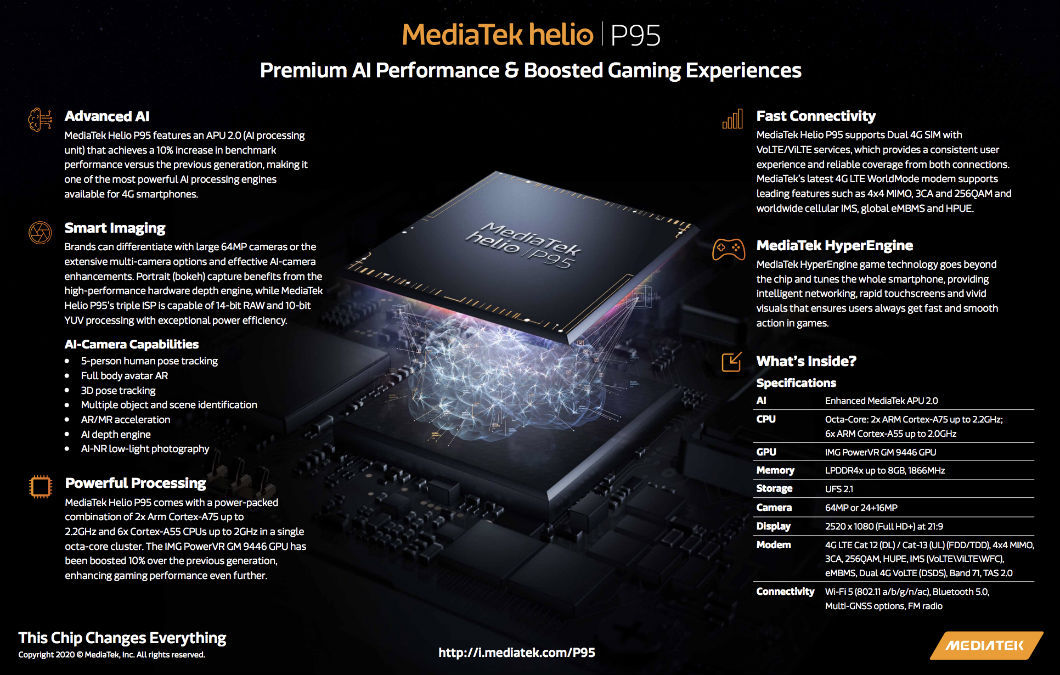 In terms of graphics, the duties are handled by an Imagination PowerVR GM-9446 GPU, combined with MediaTek’s HyperEngine technology that will offer a host of optimisation features on the phone, while gaming. The Helio P95 can support up to 64-megapixel main cameras, or 24-megapixel + 16-megapixel dual cameras. Other features include support for up to full HD+, 21:9 displays, Wi-Fi 5, Bluetooth 5.0, an enabled FM radio chip, 4G LTE connectivity modem with 4×4 MIMO standard aggregation, and an AI co-processor unit, called APU 2.0.

The APU 2.0 is claimed to be 10 percent more powerful than its predecessor by MediaTek, and combines with the company’s “triple” ISP (image signal processor) to offer 14-bit RAW in-camera image processing. Other AI-based camera features detailed by MediaTek include five-people pose tracking, AR avatar rendering for full bodies, 3D pose tracking, object/scene identifications, an “AI depth engine”, and noise reduction algorithms for low light imaging. The use of this chipset in the upcoming Reno 3 Pro also confirms that the smartphone will not come in its 5G variant to India right now, since the Helio P95 SoC is only 4G-compatible.