MEIZU’s upcoming high-end smartphones, the MEIZU 15 and 15 Plus have been the subject of a number of leaks and reports lately. The company recently confirmed that it will be unveiling the MEIZU 15 line up at an event on April 22nd in its home market of China. Now, ahead of the unveiling, the upcoming MEIZU 15 Plus has been spotted on the AnTuTu benchmarking website’s website. 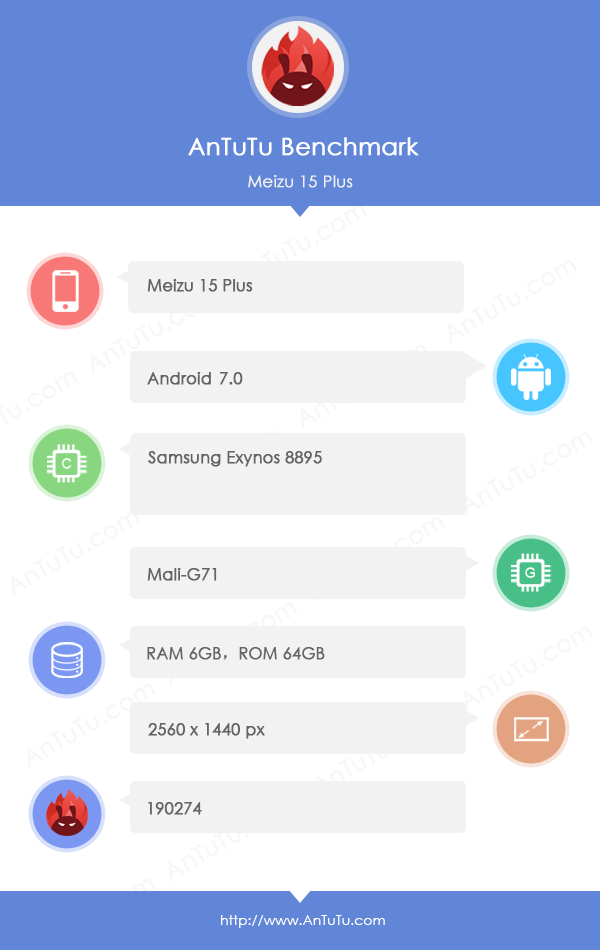 As per the listing on AnTuTu, the MEIZU 15 Plus is powered by a Samsung-made Exynos 8895 SoC. The phone’s processor is further supported by a Mali-G71 SoC and 6GB of RAM. It appears that the display of the smartphone will be offering a resolution of 2,560 x 1440 pixels. Sadly, the benchmarks didn’t reveal anything else about the device at the moment.

According to the earlier reports, the MEIZU 15 Plus will be a high-end offering with a nearly bezel-less design. Apart from the MEIZU 15 Plus, the company is also expected to launch the MEIZU 15 at the same event in China on April 22nd, so stay tuned.