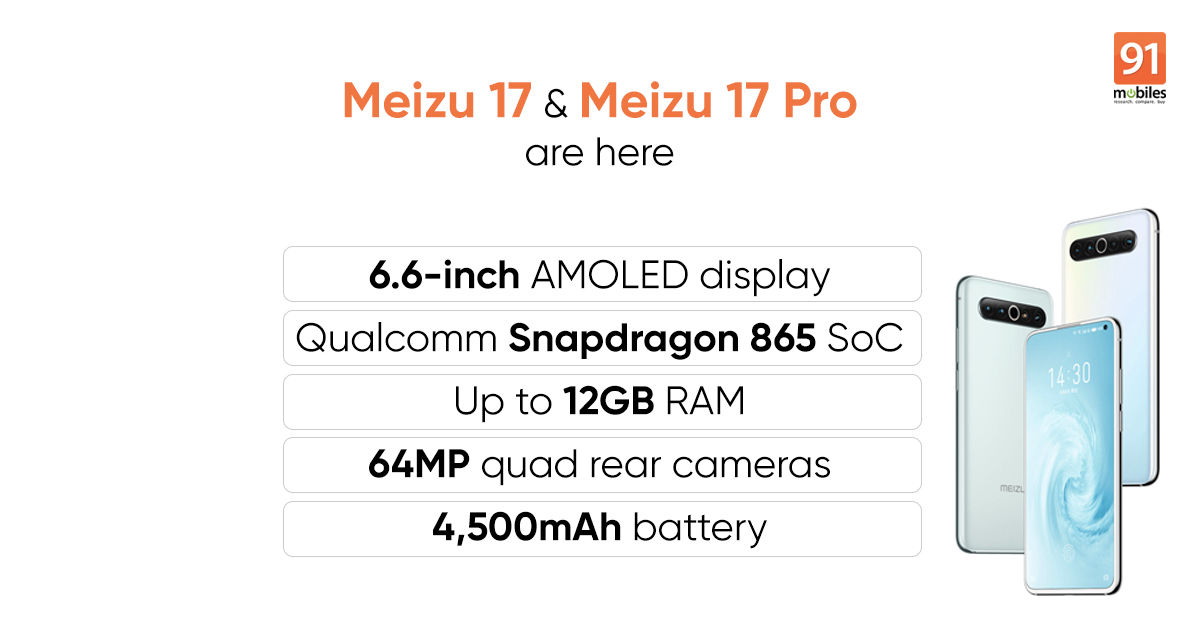 Meizu 17 and Meizu 17 Pro smartphones have been officially announced in China, as expected. These succeed the Meizu 16 line-up that was unveiled in late 2018 and bring significant upgrades to the table. The Meizu 17 and 17 Pro have a tiny 2.9mm diameter punch-hole cutout at the top-right corner and horizontally aligned quad-camera setup at the back. Both the phones feature CoF packaging technology that increases the screen-to-body ratio by reducing the lower bezel to 3.3mm. The Meizu 17 and Meizu 17 pro have stereo speakers and the sound output is claimed to have been increased by 30 percent compared to the predecessor. The mEngine 3.0 tech is said to improve the gaming performance of the devices. 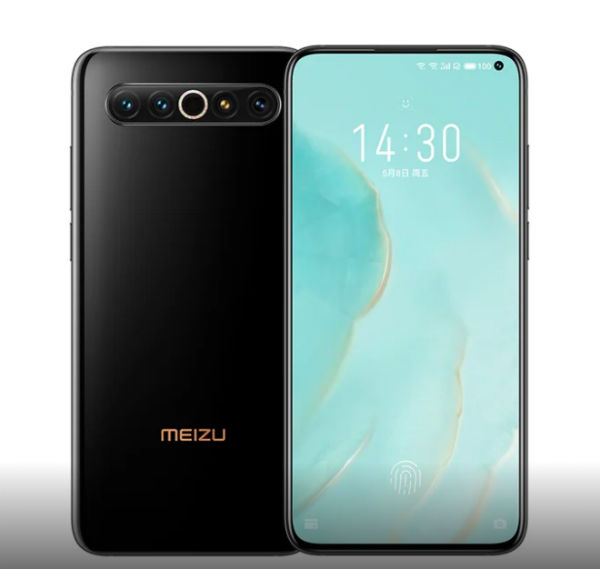 As for the optics, the vanilla Meizu 17 has a quad-camera setup with a 64MP Sony IMX686 primary sensor, a 12MP depth camera, a 5MP macro lens, and an 8MP ultra-wide-angle sensor. As for the Pro model, it has the same 64MP IMX686 sensor, an 8MP telephoto lens with 8x zoom and focal length of 26mm-210mm, 32MP Sony IMX616 ultra-wide-angle lens with 129-degree field of view and is the first phone in the world to use 3MP Samsung S5K33D 3D depth-sensing camera. On the front, there is a 20MP camera for selfies and video chats. It ships with Super Night Mode 3.0 for better low-light shots.

OnePlus 8 Pro display issues are software-related, company will fix them with OTA updates

OnePlus 8 India pre-orders start tonight: here’s what you should know