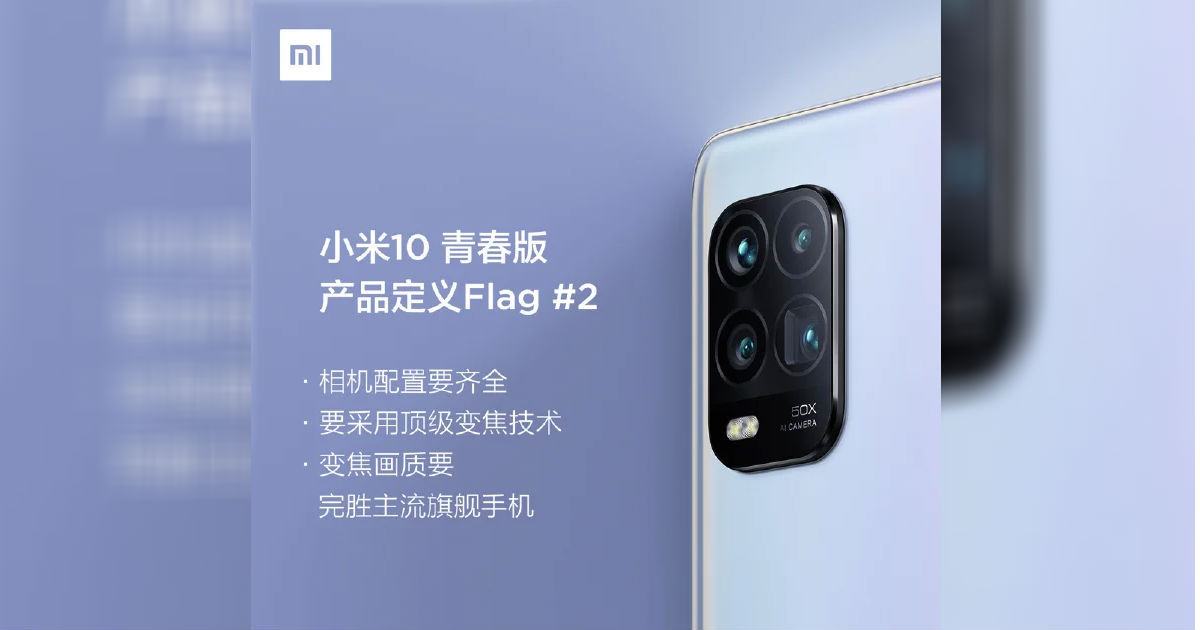 Xiaomi is slated to launch the Mi 10 Youth Edition smartphone on April 27th in China. The handset is expected to be a rebranded version of Mi 10 Lite 5G, which was launched in Europe in March. The Mi 10 Youth Edition is already confirmed to feature quad rear cameras with 50x periscope zoom lens and 5G connectivity. Now, the company has shared the camera details of the phone through a promotional poster and a mini promo video along with a handful of camera samples (attached below).

The Mi 10 Youth Edition will ship with a quad-camera setup, which unlike its siblings, will be placed in the rectangular module at the top-left corner of the back panel. The company has revealed that the setup will feature ‘high-definition’ primary camera, a wide-angle lens, a macro lens, and a 50x superzoom periscope sensor. The individual sensor resolutions have not been revealed yet, but we expect them to be the same as the Mi 10 Lite 5G. The latter, to recall, features 48MP + 8MP + 5MP + 2MP quad-camera setup with 50x periscope zoom, which is capable of offering 5x optical zoom, 10x hybrid zoom, and up to 50x ultra-far zoom. Additionally, the handset is rumoured to be available in four variants: 6GB + 64GB, 6GB + 128GB, 8GB + 128GB, and 8GB + 256GB. It may sport a 6.57-inch full HD+ AMOLED display and Snapdragon 765G SoC with 5G support ticking at its core. The phone is likely to sport 16MP front camera and run Android 10-based MIUI 11 out of the box to take care of the software side of things. It’ll be available in four colour options: Pink Peach, Orange Storm, Green Tea and Blue Berry, weigh about 200 grams, and measure 8mm in thickness.