91mobiles.com
Home News Mi 10i price in India tipped ahead of launch; actual price could...
Highlights 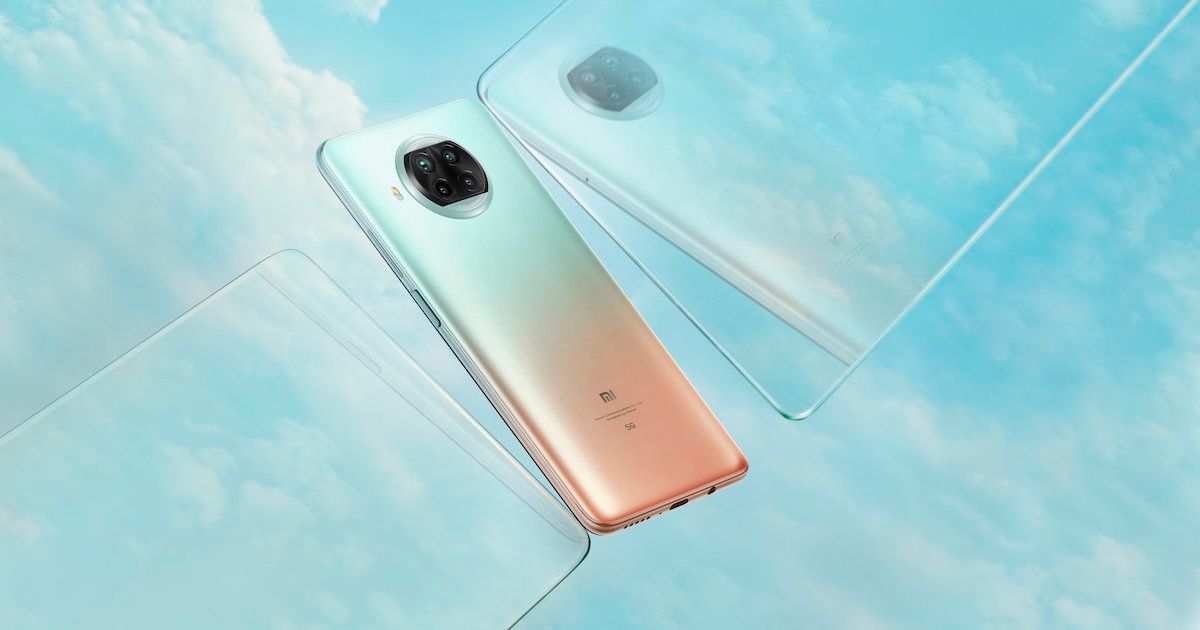 Mi 10i price in India has been tipped a day before the phone goes official in the country. The smartphone is set to launch in India on Tuesday, January 5th and a recent teaser confirmed the device will have a quad-camera setup that includes a new 108MP primary sensor. Mi 10i specs also include the Snapdragon 750G SoC with 5G connectivity and colour options include Pacific Sunrise, Atlantic Blue, and Midnight Black. The smartphone is expected to be a rebrand of the Mi 10T Lite that launched globally back in September but with few India-specific changes.

Mi 10i price in India (expected)

India Today Tech claims that the Mi 10i price in India will be around Rs 27,000. The story was shared by Xiaomi India CEO Manu Kumar Jain who also confirmed that the Mi 10i “will be one of the best, if not the BEST device under 30K.” However, the actual starting price of the phone could be lower than expected. According to a tweet by tipster Abhishek Yadav, the Mi 10i starting price in India could be as low as Rs 21,999. 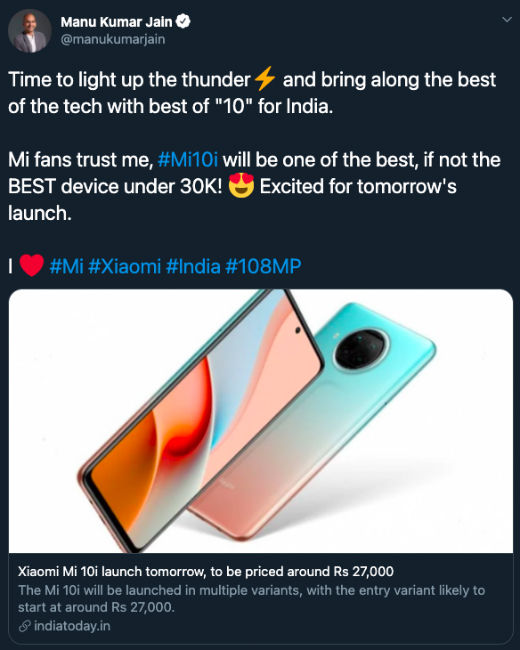 If the Mi 10i is indeed a rebrand of the Mi 10T Lite, it could come with a 6.67-inch FHD+ display with a 120Hz refresh rate and a centre-positioned punch-hole cutout for the selfie camera. It is powered by the Qualcomm Snapdragon 750G SoC paired with up to 8GB RAM and up to 128GB storage that is further expandable via a microSD card slot. It runs on Android 10-based MIUI 12 custom skin out of the box. Moving to the cameras, the Mi 10i is expected to come with a 108MP primary sensor, a 13MP ultra-wide-angle lens, a 2MP macro unit, and a 2MP depth unit.

The Mi 10i is likely to come with a side-mounted fingerprint scanner for security and pack a 4,820mAh battery with 33W fast charging support. For selfies and video chats, it may have a 16MP snapper on the front. Connectivity features could include 5G, 4G LTE, dual-band Wi-Fi, Bluetooth, GPS and USB Type-C port for charging and data sync. The phone will be available via Amazon.in once launched.