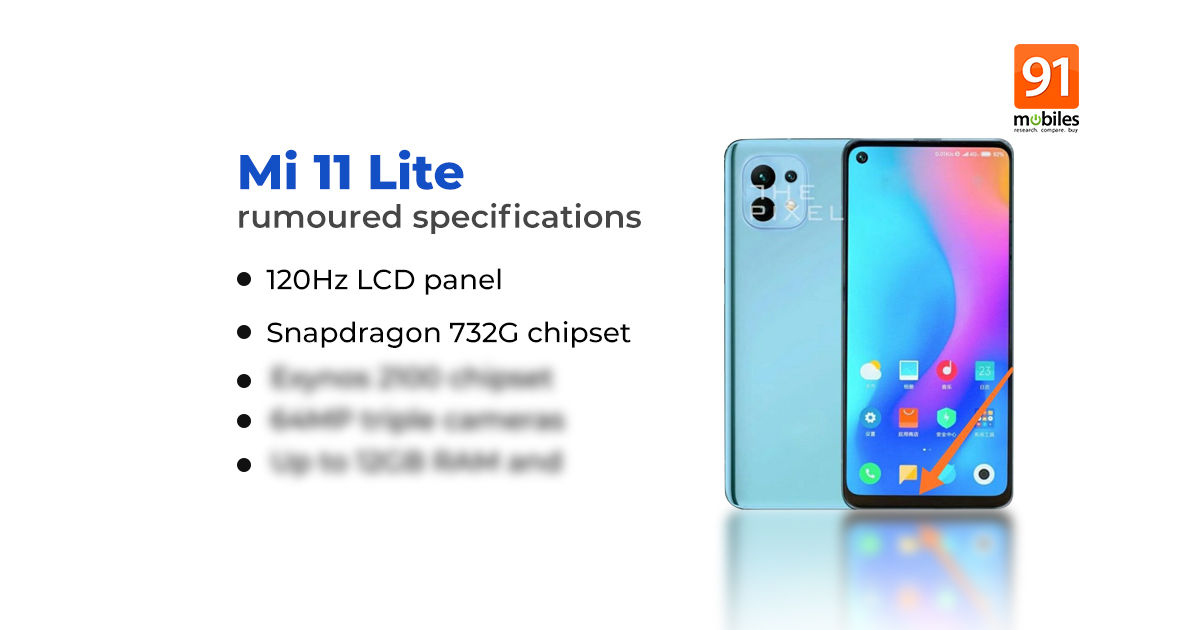 The Mi 11 series reportedly has a third device in development, after the recently-launched Mi 11 and the upcoming Pro model. Called the Xiaomi Mi 11 Lite, as the name suggests, it is said to be a watered-down version of the vanilla model in the lineup. Word about the upcoming smartphone comes from Vietnamese YouTuber The Pixel, who also highlighted some key Mi 11 Lite specifications. For the most part, it looks identical to the Xiaomi Mi 11, complete with an off-centre, hole-punch selfie camera and three rear cameras. Along with the specifications, the Mi 11 price, design, and launch timeline have also been tipped by the YouTuber. Let’s dive in to see what this new leak has for us.

Considering that it is a ‘Lite’ version of the Xiaomi flagship, it’s no surprise that the Mi 11 Lite will run an upper-mid-range processor. The YouTuber says the smartphone will be powered by the Qualcomm Snapdragon 732G SoC. If that is the case, it will be the only smartphone in the lineup to miss out on 5G connectivity. It also makes us wonder this is a Mi 11 Lite 4G variant, with a 5G-capable model in development separately. Network support notwithstanding, the Snapdragon 732G-powered 4G smartphone is tipped to come with 6GB of RAM and 128GB of storage.

The YouTube creator further says that the Xiaomi Mi 11 Lite will come with an IPS LCD panel with a refresh rate of 120Hz. Since it’s an IPS panel, the phone won’t have an in-display fingerprint sensor; there’s no fingerprint sensor in the render we see in the video either. This suggests the phone will sport a side-mounted fingerprint sensor for authentication. The phone’s triple-camera setup will reportedly be spearheaded by a 64MP primary sensor, an 8MP ultra-wide-angle lens, and a 5MP macro lens. The camera setup is placed in an iPhone 11-like camera module. Selfies and video calls will be handled by a 16MP sensor.

Also read: Mi 11 teardown video takes us through the internals of the new Xiaomi flagship

The Pixel video also adds that the Xiaomi Mi 11 Lite price will start between VND 75,00,000 (roughly Rs 23,000) and VND 800,000 (around 25,000) for the base variant. The renders show the handset will come in Blue and Black hues. It also mentions that the phone will launch in March this year, which is just a little after the rumoured Xiaomi Mi 11 Pro launch is out and about.