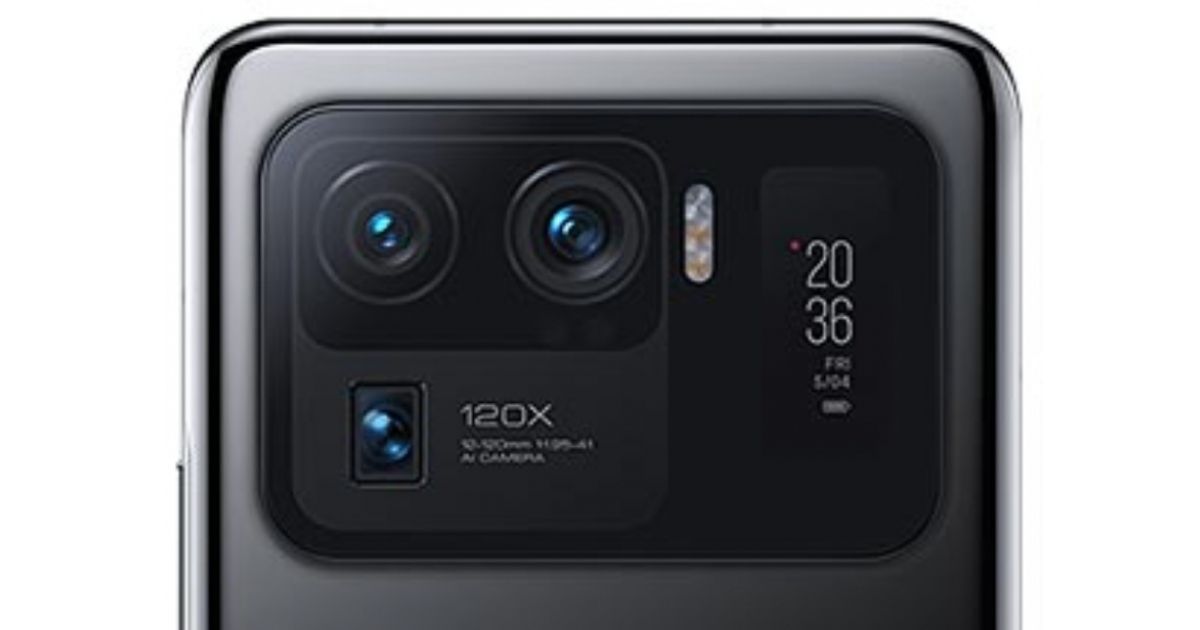 The Xiaomi Mi 11 Ultra has an interesting feature wherein the company has placed a 1.1-inch display within the rear camera module. This rear display shows notifications, time, date, and can also be used as a viewfinder to capture selfies using the rear cameras. Selfie enthusiasts will surely find this extra display useful, even though it’s quite small. We were under the impression that Xiaomi designed this new display from scratch, but as it turns out, the 1.1-inch secondary screen is actually taken from another Xiaomi product.

The Mi 11 Ultra has a triple rear camera setup with a periscope sensor. The camera module on the phone is one of the largest that we’ve ever seen, and that’s thanks to the extra Always-on Display. This secondary screen on the Mi 11 Ultra is actually from the Mi Band 5 fitness tracker. During a live broadcast in China, Lei Jun, the CEO of Xiaomi, revealed this information. Yes, the 1.1-inch AMOLED panel is from the Mi Band 5 that was launched last year. This is quite interesting, and it might have also saved Xiaomi some money when putting together the Mi 11 Ultra.

The Mi 11 Ultra is equipped with the latest Snapdragon 888 SoC, which is paired with up to 12GB RAM and 512GB onboard storage. It gets a 6.81-inch sAMOLED display that offers a 120Hz refresh rate and QHD+ resolution. A 5,000mAh battery with 67W fast charging technology is housed inside the phone. The rear camera module consists of a triple camera setup, alongside the 1.1-inch AMOLED display from Mi Band 5.

As mentioned in the beginning, the extra screen is used to show information such as date, time, incoming calls, and other alerts. It also doubles as a viewfinder for the rear camera, which allows users to take high-quality selfies with ease.

The Mi 11 Ultra is scheduled to launch in India on April 23rd, and it’s expected to the most expensive Xiaomi phone in the country.