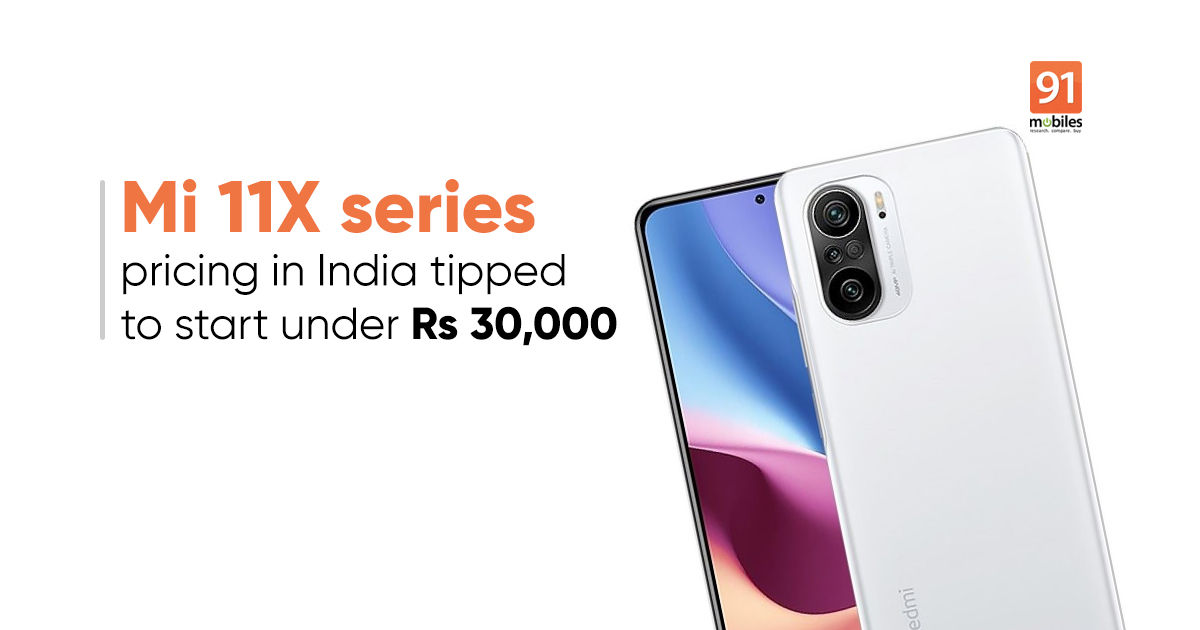 The Mi 11X and Mi 11X Pro prices in India have been revealed ahead of its April 23rd launch. We already know what both phones have in store for us, given that they were launched earlier this year in China as the Redmi K40 and Redmi K40 Pro+. Contrary to most expectations, the Mi 11X and Mi 11X Pro will be a tad expensive. That is somewhat understandable, considering that they pack a boatload of high-end hardware. The Mi 11X Pro, in particular, has the chops to take on similarly-specced devices such as the iQOO 7 and Vivo X60.

Information about the Mi 11X Pro and Mi 11X India prices was leaked by Twitter user Debayan Roy aka @Gadgetsdata. It also confirms a leak from earlier that talked about their RAM and storage specifications, which max out at 8GB and 256GB, respectively. The following table sums up their prices:

It is important to note that these leaked prices are based on global prices. However, due to the various taxes levied in India, the Mi 11X and Mi 11X Pro prices in the country may be higher.

Both the Mi 11X and Mi 11X Pro share the same 6.67-inch FHD+ Super AMOLED screen with a peak brightness of 1300 nits and 120Hz refresh rate. Similarly, they draw power from identical 4,250mAh batteries that support fast-charging at 33W. Other specifications found on both smartphones include a 20MP selfie camera, side-mounted fingerprint sensor, Wi-Fi 6, and IR Blaster. Once we take a peek under the hood, the differences between the Mi 11X and Mi 11X Pro become more apparent.

The Mi 11X Pro runs the Qualcomm Snapdragon 888 chipset, coupled with up to 8GB of RAM and 256GB of storage. At the back, we get three camera modules — a 108MP primary sensor, 8MP ultra-wide-angle lens, and a 5MP macro lens. Moving on to the Mi 11X, we get the Qualcomm Snapdragon 870 chipset and a triple-camera layout on the back. The 8MP ultra-wide-angle lens and 5MP macro lenses are identical across both devices, but the Mi 11X opts for a 48MP primary sensor.

Mi 11X launched in India: 3 reasons to buy and 3 reasons not to buy this affordable flagship