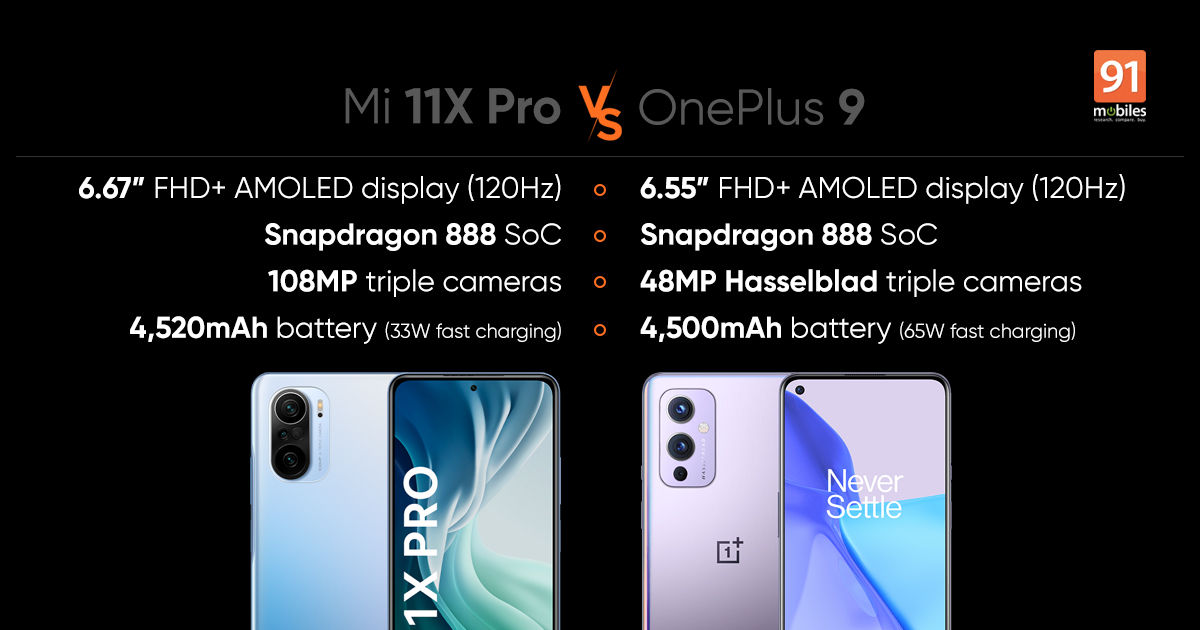 Mi 11X Pro price in India and specifications were announced on Friday during Xiaomi’s mega launch event. It is the latest Qualcomm Snapdragon 888-powered flagship phone to launch in India and joins the likes of the OnePlus 9 and ASUS ROG Phone 5. The Mi phone comes with a 120Hz AMOLED display, 108MP camera, and 33W fast charging support. The phone has a premium design, a punch-hole camera, and a side-mounted fingerprint sensor. Mi 11X Pro price in India is lower than the OnePlus 9’s and seems to be a better value for money offering. But let’s take a closer look at the Mi 11X Pro and OnePlus 9 to see if that is true.

OnePlus 9 price in India is Rs 49,999 for the 8GB+128GB variant, while the 12GB+256GB option costs Rs 54,999. The phone is available in Winter Mist, Arctic Sky, and Astral Black colour options. The phone is already on sale via Amazon and the OnePlus website.

As said above, the OnePlus 9 and Mi 11X Pro come with the latest Qualcomm Snapdragon 888 5G SoC paired with Adreno 660 GPU. Both the models come with up to 12GB RAM and 256GB native storage. However, the storage on the OnePlus 9 isn’t further expandable. The Xiaomi Mi 11X Pro runs Android 11-based MIUI 12 custom skin, the OnePlus 9 comes with OxygenOS 11 based on Android 11. 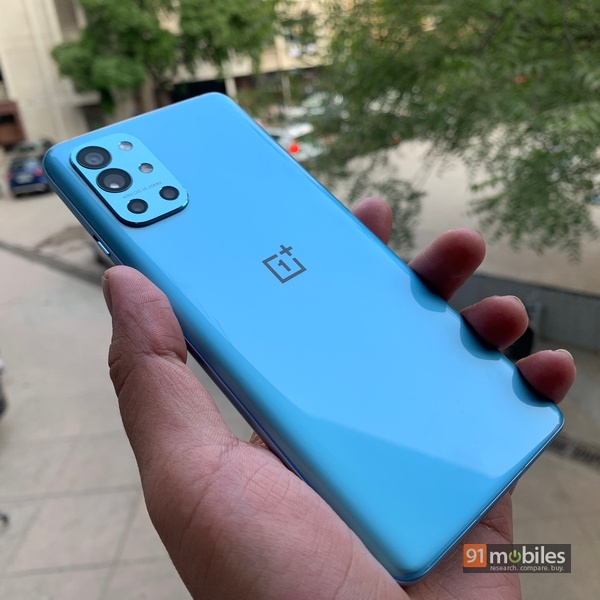 OnePlus 9 packs a 4,500mAh battery with 65W charging support out of the box. While the Mi 11X Pro has a marginally bigger 4,520mAh battery but a slower 33W fast-charging support. The OnePlus 9 model in India does not support wireless charging. The OnePlus phone has an in-display fingerprint sensor, the Mi 11X Pro has a side-mounted fingerprint sensor for security. Connectivity features include 5G, 4G LTE, Wi-Fi 6, Bluetooth 5.1, GPS, and USB Type-C for charging and data transfer.

Mi 11X Pro comes with a centre-positioned punch-hole camera and narrow bezels. The volume rocker and power button with a fingerprint sensor embedded in it. On the back, you can find the triple camera setup housed in a square module along with an LED flash. The Xiaomi Mi 11X Pro sports a 6.67-inch E4 AMOLED display with a 120Hz refresh rate, punch-hole cutout for the selfie snapper, and 1300 nits peak brightness.

OnePlus 9 also has a punch-hole design on the front for the selfie camera and slim bezels. The handset ships with a 6.55-inch FHD+ AMOLED display with 1,080×2,400 pixels resolution, 120Hz refresh rate, 20:9 aspect ratio, sRGB, Display P3, and Corning Gorilla Glass layer. The power and alert slider are on the right, while the volume rocker is present on the left. The speaker grille, USB Type-C port, primary microphone, and SIM tray section can be found at the bottom. It has a square camera module on the back that houses triple sensors, an LED flash, and laser autofocus.

Xiaomi Mi 11X Pro has triple cameras on the back, comprising of a 108MP Samsung HM2 primary sensor with f/1.75 aperture, LED flash, an 8MP ultra-wide-angle lens with 119-degree FoV, and a 5MP telemacro sensor with f/2.4 aperture. There is a 20MP snapper on the front for selfies and video chats.

On the other hand, the OnePlus 9 has triple cameras with Hasselblad optimisations at the back, with a 48MP (f/1.8 aperture) Sony IMX689 sensor with 7P Lens, EIS, a 50MP Sony IMX766 ultra-wide-angle lens with f/2.2 aperture, and a 2MP monochrome lens. On the front, it has a 16MP Sony IMX471 snapper for selfies and video chats.

OnePlus 9 and Mi 11X Pro are the flagship offering from the brands and they do have some similar specifications, including the chipset, Android version, RAM/Storage, and punch-hole design. Mi 11X Pro brings a Samsung AMOLED display, an impressive 120Hz refresh rate, Snapdragon 888 chipset, and a slightly larger battery at 4,520mAh. On the other hand, the OnePlus 9 offers Hasselblad cameras, clean software UI, among others. But considering the price difference is almost Rs 10,000 between the base variants, the Mi 11X Pro seems to offer more value for money and poses stiff competition to the OnePlus 9.