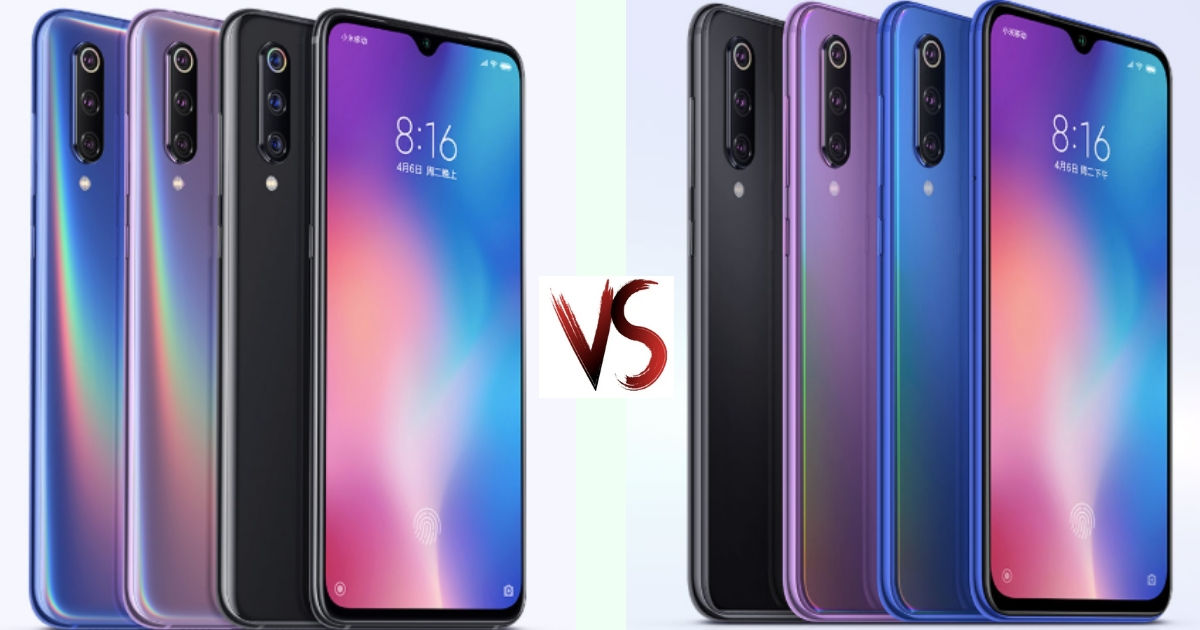 “The Xiaomi Mi 9 SE is the less powerful and cheaper variant of the Mi 9, but it still packs a lot of punch”

The 2019 flagship launches have officially begun. While Samsung’s new Galaxy S10 series smartphones are hogging all the limelight, price conscious markets such as China and India will be more interested in the new Mi 9. Xiaomi has unveiled three variants of the phone, the standard Mi 9, the cheaper Mi 9 SE and the top of the line Mi 9 Transparent or Explorer Edition. As is the case with all Xiaomi flagships, the new smartphones are much cheaper than the premium smartphones they compete with, despite the similarities in features and key capabilities.

The Xiaomi Mi 9 is a very impressive smartphone on paper, but if you want something smaller and cheaper, then you should look at the Mi 9 SE. In this post, we are going to compare the two smartphones, including their key specifications and prices to help you decide which one could be a better choice for you.

The Xiaomi Mi 9 price starts at RMB 2,999, which is about Rs 32,000 in Indian currency. This is for the base variant of the phone, which comes with 6GB of RAM and 128GB of onboard storage. If you want the variant with 8GB RAM and 128GB of storage, then you will have to shell out RMB 3,299. That’s about Rs 35,000 and still cheaper than the base OnePlus 6T. The Mi 9 is available for purchase in Lavender Violet, Ocean Blue, and Piano Black colour options.

Both phones are currently available for pre-order in China right now, with official sales starting on February 26th. If you’re in China, you can head over to online retailers such as JD.com or Tmall to get the phones.

In terms of hardware, the Mi 9 is obviously better than the Mi 9 SE. For example, the Mi 9 features the latest Snapdragon 855 processor and comes with a maximum of 8GB RAM and 128GB of in-built storage. A microSD card slot is available in case you want to add more storage. The phone uses Gorilla Glass 6 on the front, which protects the 6.39-inch FHD+ Super AMOLED panel. A notch is available on the top, which houses a 20-megapixel sensor. Xiaomi has also included an optical in-display fingerprint scanner that is faster and more accurate than older sensors.

At the back, the phone features a triple camera setup, which is a first for Xiaomi. The setup comprises of a primary Sony IMX586 48-megapixel sensor, a 12-megapixel telephoto camera and a 16-megapixel wide angle camera. The raised rear camera setup is protected by Sapphire glass, which should easily protect it against damage. The phone comes with a 3,300mAh battery, the only non-impressive part about this phone. However, the newer 7nm Snapdragon 855 chip should help the phone last very long and it also supports 27W fast charging. It runs Android 9.0 Pie with MIUI 10 on top.

Over at the Mi 9 SE table, things are still pretty impressive. The phone looks similar to the Mi 9, but has a smaller body thanks to the 5.97-inch AMOLED display. The Mi 9 SE also features an in-display fingerprint scanner and a tiny notch at the top. It is the first smartphone in the world to be powered by the new Snapdragon 712 chipset. The processor is coupled with a maximum of 6GB RAM and 128GB storage.

The phone features a triple-rear camera setup, but of course, it isn’t as impressive as the flagship Mi 9. You still get the Sony IMX586 48-megapixel sensor as the primary camera, but the other two sensors are an 8-megapixel telephoto and a 13-megapixel wide-angle. Because of the smaller size, the Mi 9 SE packs a slightly smaller 3,070mAh battery with 18W fast charging support.