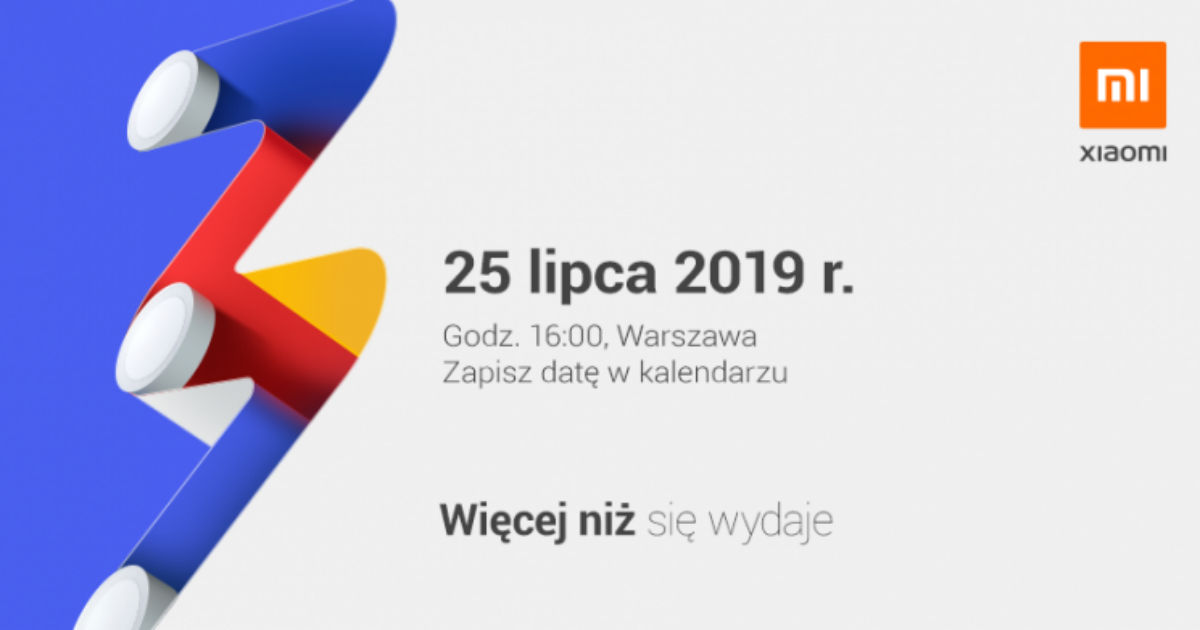 “Mi A3 launch event will be held in Poland, Xiaomi revealed on its community forum”

The Mi A3 launch date has been finally confirmed by Xiaomi, ending fans’ wait for third-generation Android One phones from the brand. Xiaomi has announced via the Mi Community forum that the Mi A3 launch date is July 25th and the event will be held in Warsaw, Poland. This comes just days after Xiaomi Global Spokesperson Donovan Sung teased the Mi A3 and its Lite version on Twitter. Separately, a number of leaks over the weekend revealed crucial details, including specifications, design, and features, of the two smartphones. With the launch event just 10 days away, we won’t have to wait too long to find out if the leaks are accurate.

According to a report by WinFuture.de, the Mi A3 will be a rebranded Mi CC9 smartphone, but with a different processor. The smartphone will have a design similar to that of the Mi CC9, but the internal differences will include Android One software (in place of MIUI 10) and Snapdragon 665 SoC; this contradicts an earlier tip that claimed the smartphone will be powered by Snapdragon 730 chipset. Other Mi A3 specifications revealed in the report include a 6-inch full-HD+ (1,080 x 2,240 pixels) AMOLED screen with a waterdrop notch to house the 32MP selfie camera. On the back is said to be a 48MP f/1.7 primary sensor, backed by an 8MP ultra wide-angle and a 2MP telephoto lens. The handset will reportedly come with 4GB RAM, with 64GB and 128GB options and microSD card support with both. Lastly, the report says the handset will feature a 4,000mAh battery with USB Type-C for fast-charging support.

A separate leak, by GSMArena, shows us the live image of the upcoming handset, along with its retail box. Moreover, it provides additional details about the Mi A3 specifications. It shows the smartphone will feature a 6.08-inch display, 4,030mAh battery, 18W fast-charge support, and in-display fingerprint sensor. This leak also says the Snapdragon 665 will be the chipset of choice with the next-generation Xiaomi Android One phone. It will come in White, Blue, and Black colours, the live images show.