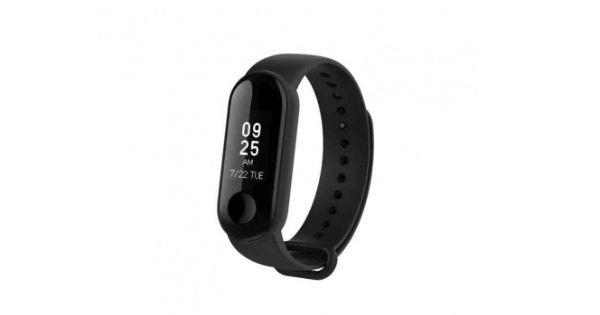 The Mi Band 3i fitness tracker has been launched in India by Xiaomi, as expected. In terms of looks, the new Mi Band 3i looks almost identical to the Mi Band 3. It has an AMOLED touch display that can show up to 48 characters, features anti-fingerprint coating, and 300-nits brightness. Xiaomi is promising up to 20 days of battery life on a single charge. The Mi Band 3i also surfaces notifications and alerts from the connected smartphone for apps like WhatsApp, Messages, incoming calls, etc. The Mi Band 3i priced in India is Rs 1,299 and is already available for purchase on Mi.com.

Mi Band 3i flaunts a 0.78-inch capacitive OLED display with 120 x 80 pixels resolution. It can keep track of steps taken, calories burnt, as well as activities such as running, walking, cycling, etc. It can even track user’s sleep and is water-resistant up to 50 metres thanks to 5ATM rating. Users can reject calls from the band, unlock their phone, locate phone through ‘Find Your Phone’, and get the weather forecast for up to three days. The Mi Band 3i also pushes idle alert letting users know they haven’t moved for a while.

The Mi Band 3i measures 4.68 x 1.81 x 1.1cm and weighs 38.2 grams. It connects to smartphones through Bluetooth 4.2 and is compatible with both Android and iOS. It also has support for alarms and event reminders. The fitness tracker is similar to the original Mi Band 3 but doesn’t come with a heart rate sensor.