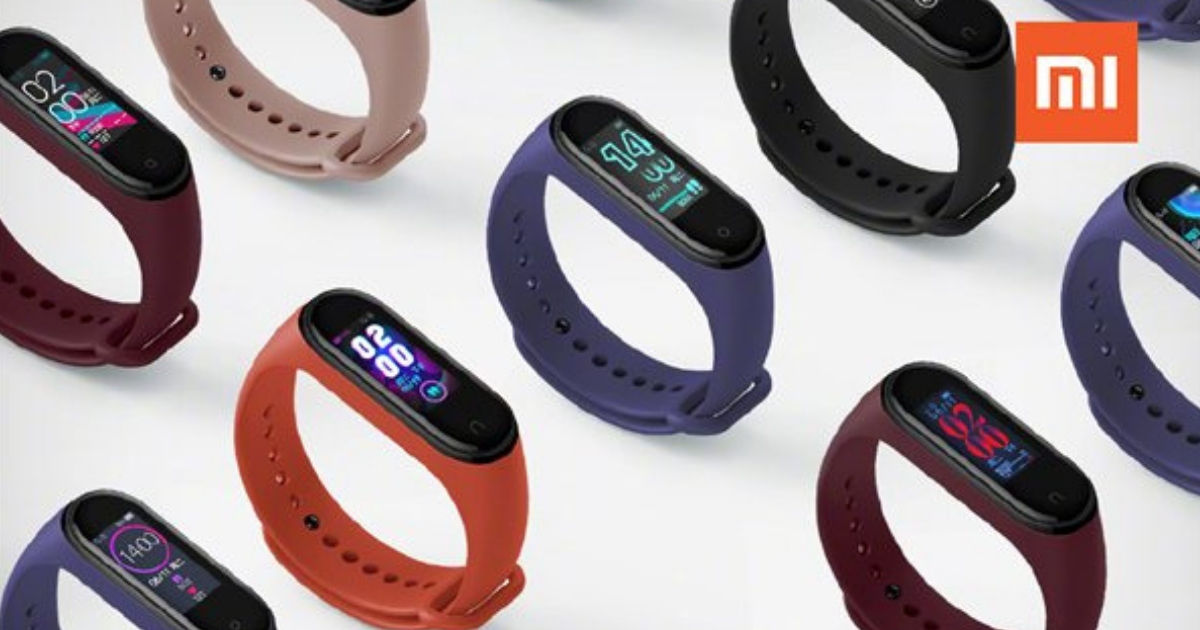 The Mi Band 4 launch date was announced earlier this week by Xiaomi, a few weeks after a leak revealed the key features as well as estimated prices of the upcoming fitness band. Alongside the Mi Band 4, Xiaomi-backed brand MIJIA will launch a host of other Mi ecosystem products on June 11th. While we already know most of the major details of the new Mi Band 4, a new teaser poster by Xiaomi has shed some light on the design and the colour display of Mi Band 4. 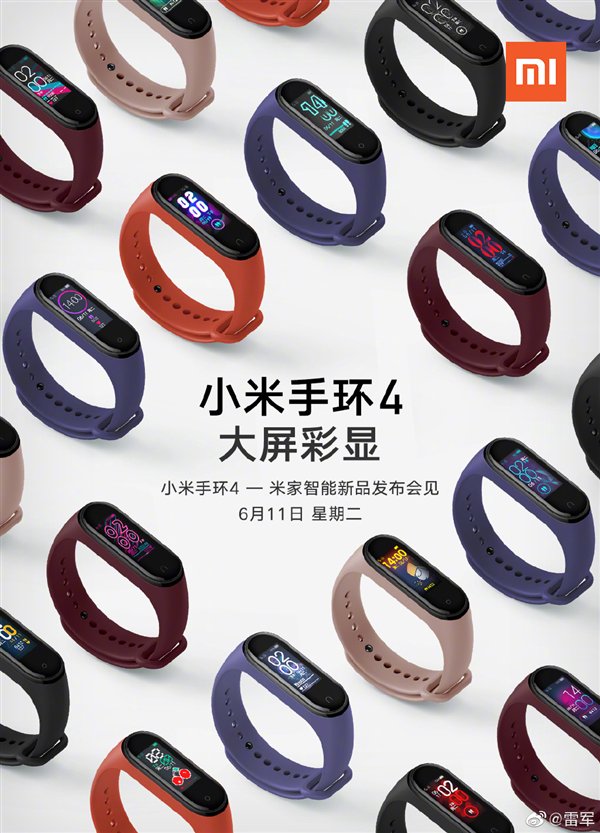 According to the rumour mill, the Mi Band 4 will come with a 0.78-inch OLED colour display, which is about 40 percent larger than the display on the Mi Band 3. The new teaser poster, shared by Xiaomi co-founder Lei Jun on Weibo, shows the Mi Band 4 sporting several different custom watch faces. It also shows that there will be more colour options for the bands this year. The Mi Band 4 display doesn’t seem to be as curved as the one on the Xiaomi fitness band from last year. It appears to be flatter, similar to those on Huawei/ Honor fitness bands. Moreover, Jun said in his Weibo post that the upcoming fitness band’s display panel is 39.9 percent bigger and supports 16,000 colours.

While the main upgrade in the upcoming fitness tracker will obviously be the colour display, but we can expect a longer battery life too, as per leaks. It is said the device will come with a 135mAh battery, up from its predecessor’s 110mAh cell. Therefore, the battery life should be comparable between the two despite the relatively more power-guzzling colour screen. Reports also suggest the the fitness band will also support Xiaomi’s Xiao AI assistant; it is not clear whether the global version will support Google Assistant. Mi Band 4 is also tipped to come with Bluetooth 5.0 for the base variant, while the other option is claimed to feature both Bluetooth 5.0 and NFC.

As for the pricing, the Bluetooth-only version of Mi Band 4 is said to have a price tag of RMB 200-300 (about Rs 2,000-3000). On the other hand, the NFC-equipped option will reportedly cost RMB 499 (about Rs 5,000). While not rumoured, we expect the fitness band to feature improvements with the heart rate scanner. We will have to wait till June 11th to find out more details.