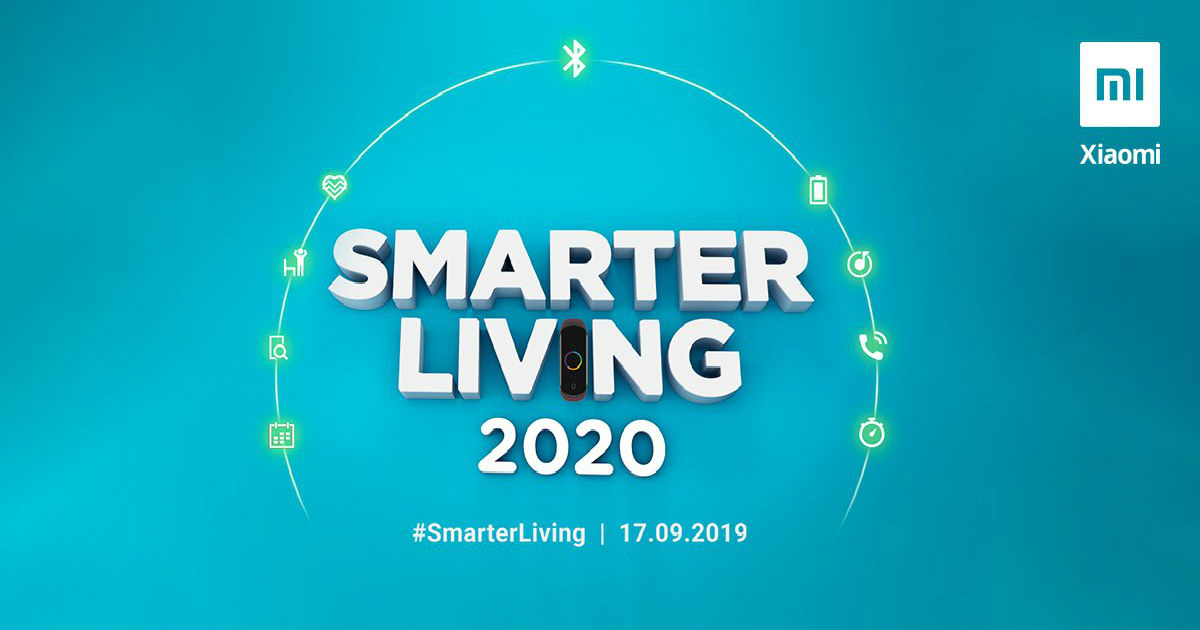 The Mi Band 4 India launch may not be too far off. Xiaomi has scheduled an event for September 17th in India, and while it didn’t reveal what’s coming, the teaser poster that reads “Smarter Living 2020” shows what looks like a coloured display of a Mi Band dial in the letter ‘I’. Moreover, a tweet from Xiaomi India head Manu Kumar Jain highlights the number “4” from the text, thereby strongly suggesting the Mi Band 4 India launch. To recall, the Mi Band 4 was launched in China back in June and it comes with an OLED colour display, which is a significant upgrade over the black and white screen on its predecessors.

Mi fans! Come September 17th, we will unveil a product that you have been waiting ‘4’. 🤗

Another blockbuster in the making from the house of Xiaomi. Get set for #SmarterLiving 2020!

RT 🔄 with your guesses. Am sure this is going to be easy. 😜😎#Xiaomi ❤️ pic.twitter.com/YvpPVXjrhJ

The Xiaomi Mi Band 4 packs a slightly improved design with a bigger dial, as compared to the Mi Band 3. It features 5ATM rating for water-resistance, and the charger pins have been relocated to the rear. The dial sports a 0.95-inch AMOLED colour touch display with 240 x 120 pixels resolution and 2.5D curved glass on top. It comes with features like DND, app alerts, ability to control phone’s music, stopwatch, find the device, timer and more. The Mi Band 4 also lets users control the display brightness and lock screen.

Xiaomi Mi Band 4 also allows users to set customised watch faces or select one from the pre-set faces. It has support for heart rate sensor, step counting, sleep monitoring and workout tracker. The band can detect different activities such as treadmill, running, jogging, cycling, and more. The Mi Band 4 is equipped with a six-axis sensor, which can intelligently detect different swimming activities such as Freestyle, Backstroke, Butterfly stroke, and Medley. Since the launch is just over a week away from now, we should know the India pricing and availability details then.