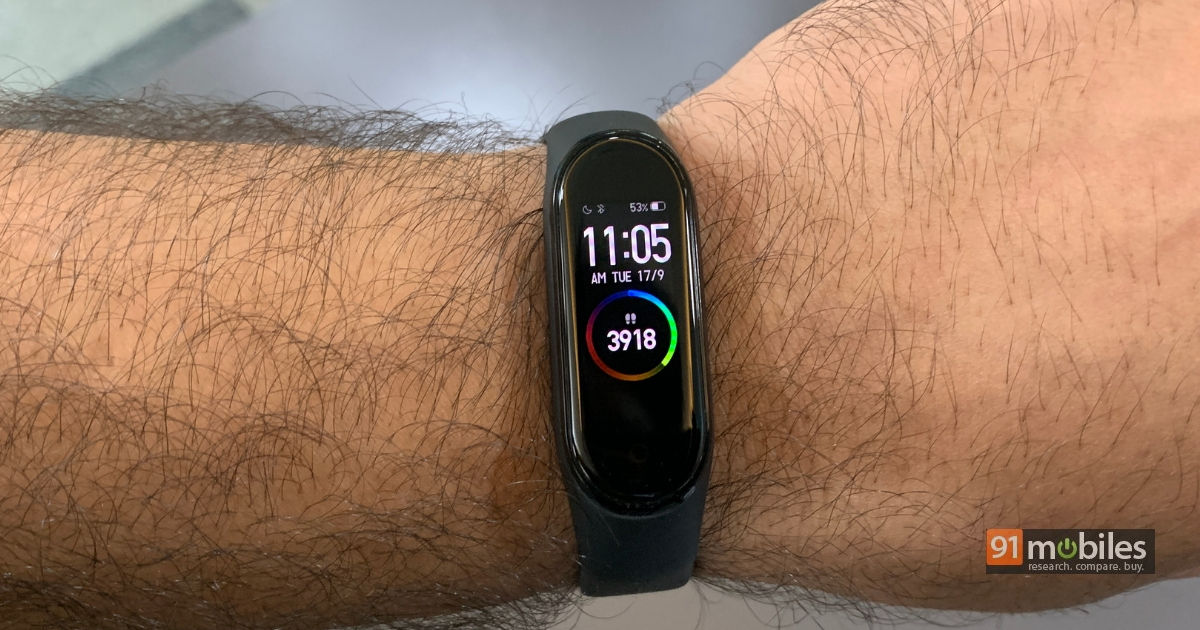 “The update is currently rolling out in Turkey, but it shouldn’t be long before it’s pushed out to other regions, including India”

Mi Band 4 is receiving a new firmware update that bumps up the version number to 1.0.7.04. This update adds a new auto screen off timeout adjustment option that allows users to manually set the screen timeout to anywhere between 5 and 10 seconds. The previous firmware update added new custom watch faces and improved swim tracking as well. Although the update is currently rolling out in Turkey, it shouldn’t be long before it’s expanded to other regions, including India. One can check for Mi Band 4 firmware update in the Mi Fit app.

The Xiaomi Mi Band 4 features a new 0.95-inch 24bit AMOLED colour touch display with 240 x 120 pixels resolution, 400 nits brightness and 2.5D curved glass. This is a huge upgrade over the black and white AMOLED panel on the previous generation. The band comes with 5 ATM rating for water-resistance, and it connects to smartphones via Bluetooth 5.0. Like with every fitness tracker, it displays step counter, sleep monitor, heart rate sensor, activity tracker and more. It has support for features like DND, app alerts, ability to control phone’s music, stopwatch, find the device, timer and more.

Mi Band 4 users can also customise the watch face depending on their liking. It can detect different activities such as treadmill, running, jogging, cycling, and more. The Mi Band 4 is equipped with a six-axis sensor, that can detect various swimming activities such as Freestyle, Backstroke, Butterfly stroke, and Medley. Sensors onboard include Tri-axis Accelerometer + Tri-axis Gyro, Capacitive Wear Monitoring. There is a 135mAh Li-Ion polymer battery that is claimed to last up to 20 days.