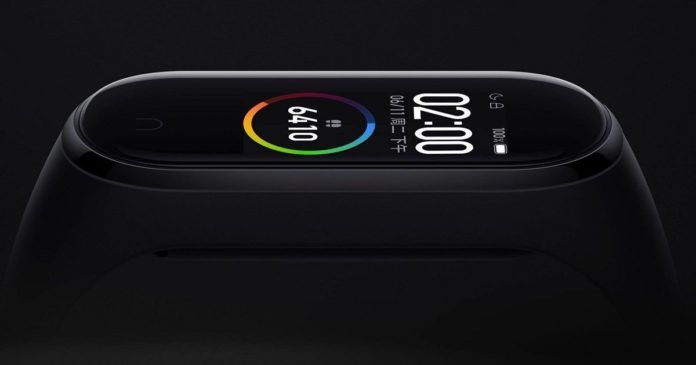 “The fitness band will have more contrast for better sunlight visibility, and it would retain the same colour AMOLED panel”

Xiaomi Mi band 4 is a worthy upgrade over the Mi Band 3 as it introduced a new colour AMOLED touchscreen display, more tracking features, music controls and the ability to customise with watch faces. The band is currently available in all major markets. Now, Xiaomi is moving on to the Mi Band 5 development with more advanced features. According to a report from TizenHelp, Xiaomi is said to increase the display size from 0.95 to 1.2-inch on the Mi Band 5 and will still be lighter on the hands. The fitness band will have more contrast for better sunlight visibility and would retain the same colour AMOLED panel.

The Mi Band 5 will support NFC outside of China to enable wireless payments. To recall, the Mi Band 4 had an NFC version, but it never made it to India. This would allow wireless payments where supported. The Mi Band 5 is said to cost around RMB 179 (around Rs 1,900). However, the pricing might vary depending on the market. Xiaomi will be continuing its partnership with Huami for the Mi Band 5, though there is no exclusive contract between both the companies. The Xiaomi Mi Band 5 is expected to launch around June in China first and then to other markets, including India. Since we’re still months away from the reported launch, things might take a drastic turn at any point.

The Xiaomi Mi Band 4 features a 0.95-inch 24bit AMOLED colour touch display with 240 x 120 pixels resolution and 2.5D curved glass. It is equipped with 5 ATM rating for water-resistance and connects via Bluetooth 5.0. It can surface time, steps taken, day/month, and amount of battery left. The Mi Band 4 supports features like DND, app alerts, ability to control phone’s music, stopwatch, find the device, timer and more. There’s also an option to control the display brightness and lock screen. The Mi Band 4 comes with a heart rate sensor, step counting, sleep monitoring and workout tracker. There is a 135mAh Li-Ion polymer battery that is claimed to last up to 20 days.

Facebook will not bring ads to WhatsApp for the time being: report