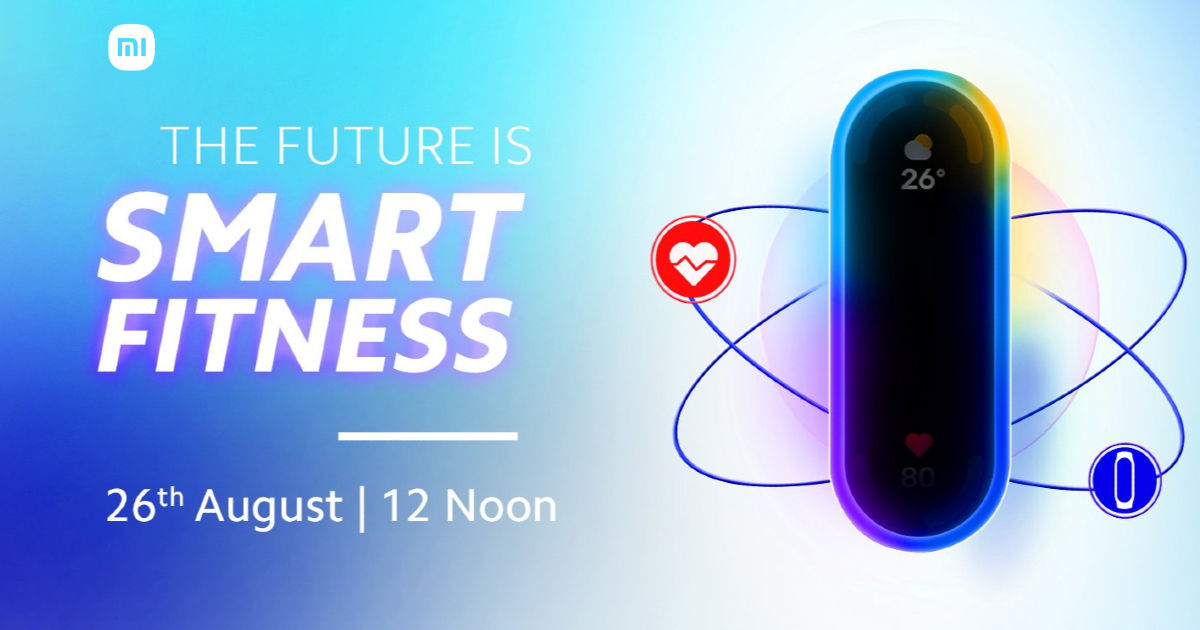 Xiaomi is holding its ‘Smarter Event 2022’ in India on August 26th at 12pm and is expected to bring a wide range of products, including Mi laptops, smart TV, Wi-Fi router, among others. Now, the company has started teasing the Mi Band 6 in the country via its social media handles. The fitness tracker is already confirmed to launch in the country on the stage. The Twitter teaser said, “Back with a bang, and this time- bigger and better! With a vivid AMOLED Display, the Mi Smart Band6 offers more at just a glance.” The Mi Band 6 launched in China earlier this year and is known to bring a bigger display than the Mi Band 5. A dedicated microsite on the Xiaomi India website reveals some key details.

According to the microsite, the Xiaomi Mi Band 6 will have a big display and an AMOLED panel. It will ship with a heart rate sensor, a bigger battery that is claimed to last longer is water-resistant, and should be available in multiple colour options.

To recall the specifications, Mi Band 6 sports a 1.56-inch colour AMOLED display, which is 50 percent larger than the 1.1-inch on the Mi Band 5. It has a higher 360 x 152 pixels resolution and 326ppi pixel density. The fitness tracker edges to the casing, thereby resulting in thinner bezels. It supports 130 watch faces and users can create custom watch faces using any image through the companion app. The Mi Band 6 brings a SpO2 sensor and a 24-hour heart rate sensor. It can keep tabs on 15 new exercise modes, in addition to the 15 exercise modes that the Mi Band 5 already supports. It can auto-detect 6 fitness tracking modes, including indoor, outdoor running, indoor and outdoor cycling and elliptical. The Mi Band 6 can last up to 14 days on a single charge and can extend the battery life up to 19 days with normal usage. It is 50 meters water-resistant.

Xiaomi Mi Band 6 price starts from RMB 229 (approx. Rs 2,500) in China for the non-NFC variant. While the NFC variant costs RMB 279 (around Rs 3,000). We expect the company to only unveil the non-NFC model in the country. It will be available in Purple, Orange, Blue and Green colours.