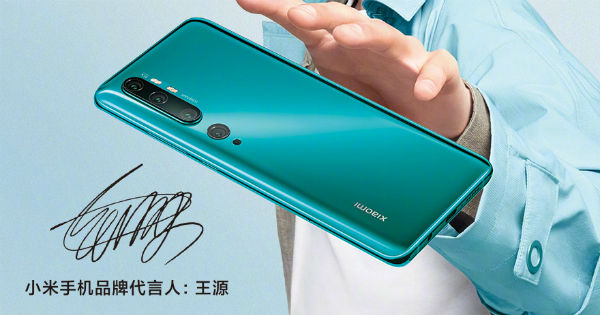 Mi CC9 Pro launch is scheduled for November 5th in China. The company recently revealed that the phone will feature a 5,260mAh battery with 30W fast-charging support. Now, in a new teaser poster, Xiaomi has confirmed that the handset would be powered by the Snapdragon 730G chipset. In another promotional image, Xiaomi shared the camera details; it is confirmed to come with a 5MP telephoto lens with 10x hybrid zoom with optical image stabilisation, followed by a 12MP 50mm portrait lens, a 108MP Samsung sensor with large 1/1.33-inch pixel size, an f/1.69 aperture size, and optical image stabilisation. Furthermore, it has a 20MP ultrawide angle camera and a 2MP macro lens.

Mi CC9 Pro camera samples have also been revealed by the company, which seem to suggest the photos were taken with a dedicated Super Night mode, dubbed 14bit Super Night Scene. It is apparently based on the RAW lossless high-precision algorithm. Lei Jun also compared Mi CC9 Pro and iPhone 11 Pro Max’s Night mode. While the former was able to capture more details, its too soon to draw conclusions from a photo sample. Design-wise, the Mi CC9 Pro is confirmed to feature a curved display with a unique gradient finish and glass build. There is a waterdrop notch on the front to accommodate the selfie snapper. 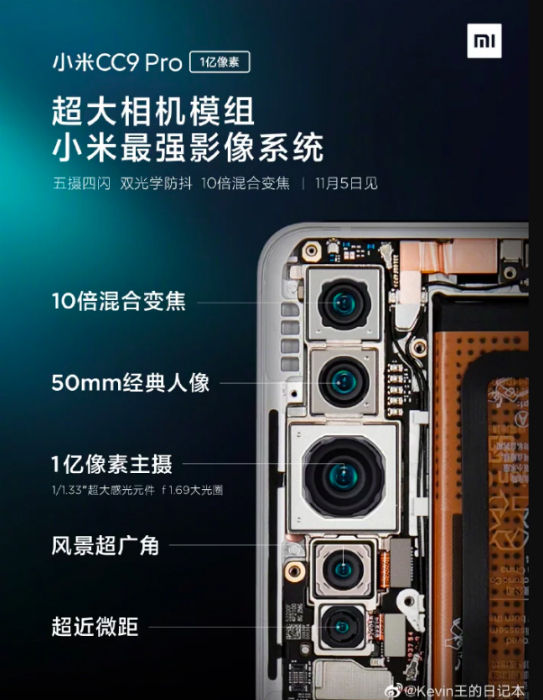