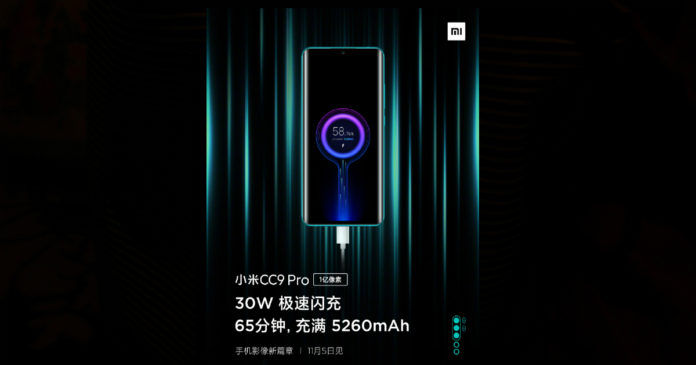 Mi CC9 Pro is scheduled to launch on November 5th in China. The company recently revealed the handset’s cameras specs, and now in one of its promotional teasers, Xiaomi confirmed the Mi CC9 Pro would pack a 5,260mAh battery. This will be the largest battery capacity used on a smartphone by Xiaomi. The TENAA specifications said the Mi CC9 Pro would have a 5,170mAh unit, but it seems that is the minimum capacity. China’s 3C listing suggested the handset will have support for 30W fast-charging, which again is confirmed in the posters. Xiaomi claims that it takes 30 minutes to charge 50 percent and charge fully in just 65 minutes. There are speculations that the Xiaomi Mi CC9 Pro will have wireless charging support as well, but there’s no confirmation yet.

Furthermore, the Mi CC9 Pro teaser images also suggest that the phone will feature curved edges and extremely slim bezels. It also has a waterdrop notch on top and, volume rocker and power button are present on the right spine. In other teasers, the brand has confirmed the handset will feature dual OIS on the back and a 32MP selfie camera in the front. 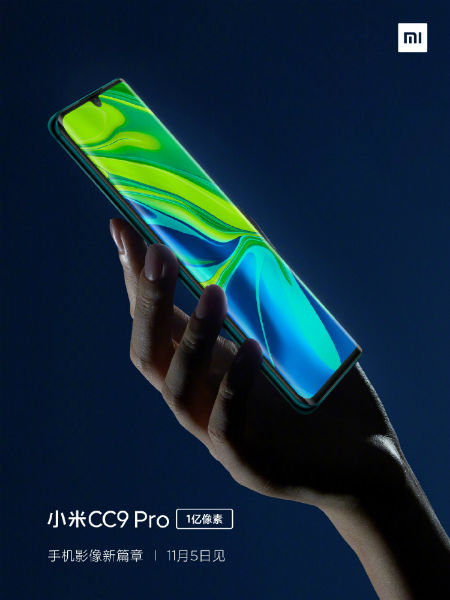 The Xiaomi Mi CC9 Pro is said to be powered by the Snapdragon 730G SoC. For photography, the handset features a 108MP primary sensor, a 12MP 1/2.6-inch 2PD sensor with 1.4um for 2x zoom and portrait with 50mm focal length, a 20MP ultra-wide-angle lens with 117-degree field of view, and a super macro lens that can capture 1.5cm shots. For selfies and video chat, it is said to pack a 32MP unit. We should learn more information in the next few days.