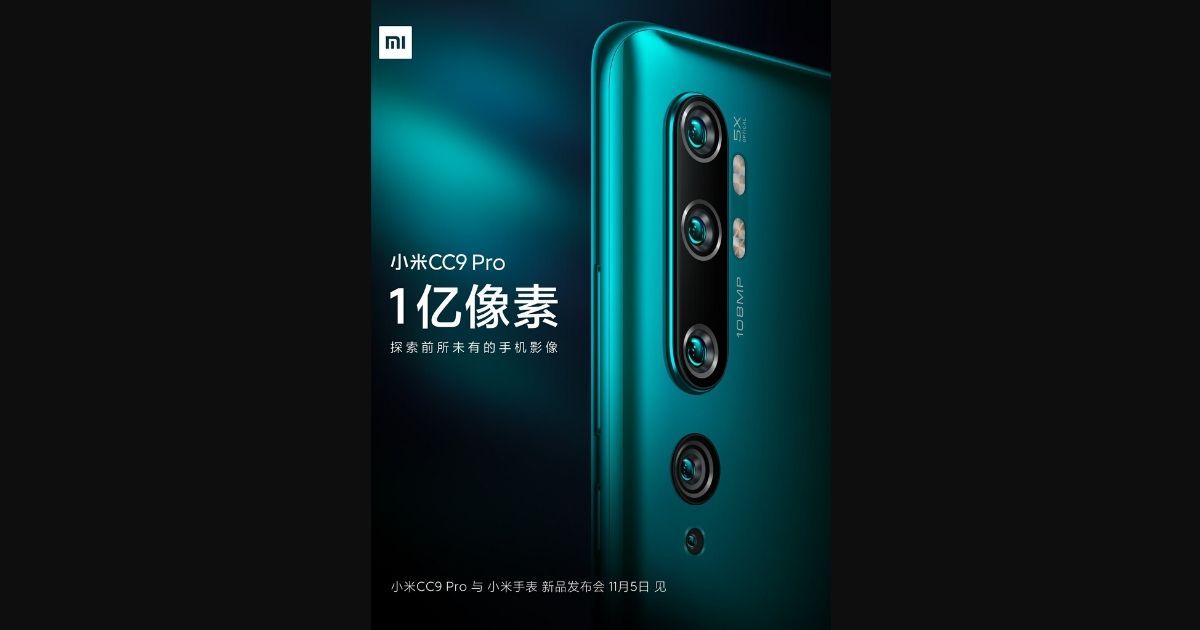 “The handset will feature as many as five rear cameras (including a depth sensor), which indicates that it might be a camera beast”

Xiaomi Mi CC9 smartphone is set to launch on November 5th, the company has now confirmed via its Weibo account. Notably, the Mi CC9 Pro is set to be the world’s first commercially available smartphone to feature a 108MP primary camera sensor. Although the handset was earlier expected to be launched last week on October 24th, the brand announced on Monday that it will be unveiling the Mi CC9 Pro on November 5th around 2 pm (local time) at an event in China. At the same event, the brand will also be unveiling its Xiaomi Watch and Mi TV 5. 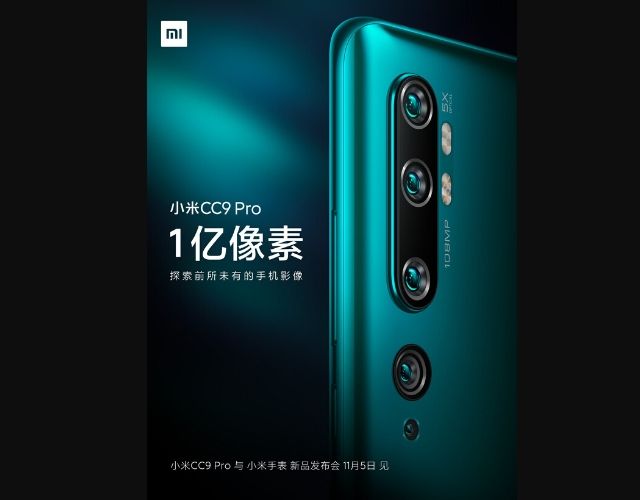 As you can see in the official poster shared above, the handset will feature as many as five rear cameras (including a depth sensor), which indicates that it might be a camera beast. If we talk about the design, the penta-camera setup can be seen in a vertical array on the top-left of the smartphone with two dual-LED units supporting the camera module. However, one of the most interesting bits here is the ‘5x Optical’ branding. If Xiaomi can manage to deliver 5x optical zoom with an affordable smartphone, it can prove to be a real gamechanger for the entire segment. To recall, Huawei P30 Pro also managed to deliver 5x optical zoom with the help of a periscope lens, albeit in a rather expensive package.

The upcoming handset from Xiaomi is expected to pack a 6.4-inch full HD+ AMOLED panel with a waterdrop notch design. For security, it has been tipped to include an in-display fingerprint scanner. The Mi CC9 Pro is likely to be powered by the Snapdragon 730G SoC, the same handset that also featured on the recently announced Realme X2. In terms of memory and storage, the smartphone is expected to ship with 6GB of RAM and 128GB storage, but there is no information on other configurations.

The 108MP primary camera is expected to be backed by a 13MP ultra-wide-angle lens and an 8MP telephoto camera. For selfies, the company will likely include a 32MP camera. To keep the lights on for the handset, there is expected to be a 4,000mAh battery included in the package with 20W fast-charging support. On the software side of things, the phone should run Android 10 with MIUI skin on top.

If we talk about the price, Mi CC9 Pro is rumoured to cost RMB 2599 (around Rs 26,100), which isn’t cheap compared to the competition. We won’t have to wait long to get confirmation as the launch date is just around the corner.