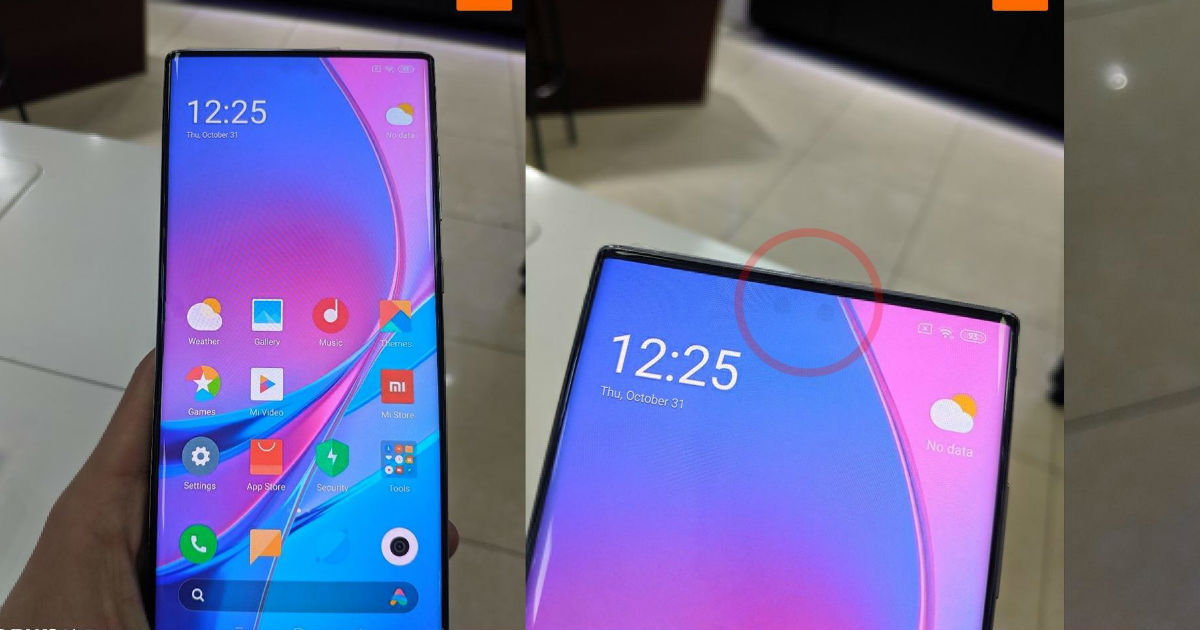 Update: A Xiaomi executive on Weibo said that the image is fake.

Xiaomi’s highly-anticipated Mi MIX 4 smartphone may debut with an in-display fingerprint scanner, per the newly leaked live images. The images, which are in line with the previous leaks, reveal the handset with front camera sensors packed underneath the display. The flagship is expected to feature an edge-to-edge display with uniformly thick bezels and no notch or punch-hole to accommodate the selfie camera. Xiaomi has been working on under-display selfie camera tech for quite some time and now seems all set to launch the tech commercially with the Mi MIX 4.

As per the images posted on Slashleaks, the Mi MIX 4 will run Xiaomi’s custom skin MIUI atop the Android. The handset’s fascia may pack a curved display, with uniformly thick bezels all around. The phone seems to feature centre-aligned sensors – tipped to be the front cameras – atop the display. The sensors have pixels up top that will continue to power and function just like the rest of the screen, when not in use. The in-display cameras will allow OEMs to get rid of unsightly notches and the cumbersome pop-up camera design that is in vogue right now.

The tipster further added that Xiaomi may launch the handset alongside the Mi Note 10 Pro in mid-November. There is no official confirmation from the company yet.

Talking about the specifications, the Mi MIX 4 is tipped to sport a 2K display and Snapdragon 855 Plus SoC ticking at its core. The phone may even employ up to 12GB RAM, up to 1TB UFS 3.0 storage, 4,500mAh battery with 45W wired charging and 30W wireless charging, and NFC. For photography, the MIX 4 will reportedly rock 108MP primary rear camera will be backed by 16MP and 12MP sensors, along with periscope lens. Lastly, the handset could feature a ceramic body and 4G VoLTE, as well as 5G is also connectivity.