Xiaomi’s upcoming tablet, the Mi Pad 5, has been leaked quite a few times. However, we still don’t know when it will be unveiled, at least until now. An official poster confirms that the Mi Pad 5 launch date is set for August 10th. The imagery also shows what appears to be a stylus, so we can expect Xiaomi to launch a stylus to supplement the Mi Pad 5. We have a decent idea about the Mi Pad 5 specs thanks to some leaks and teasers, but it is hard to say for sure because of some contradictory information. 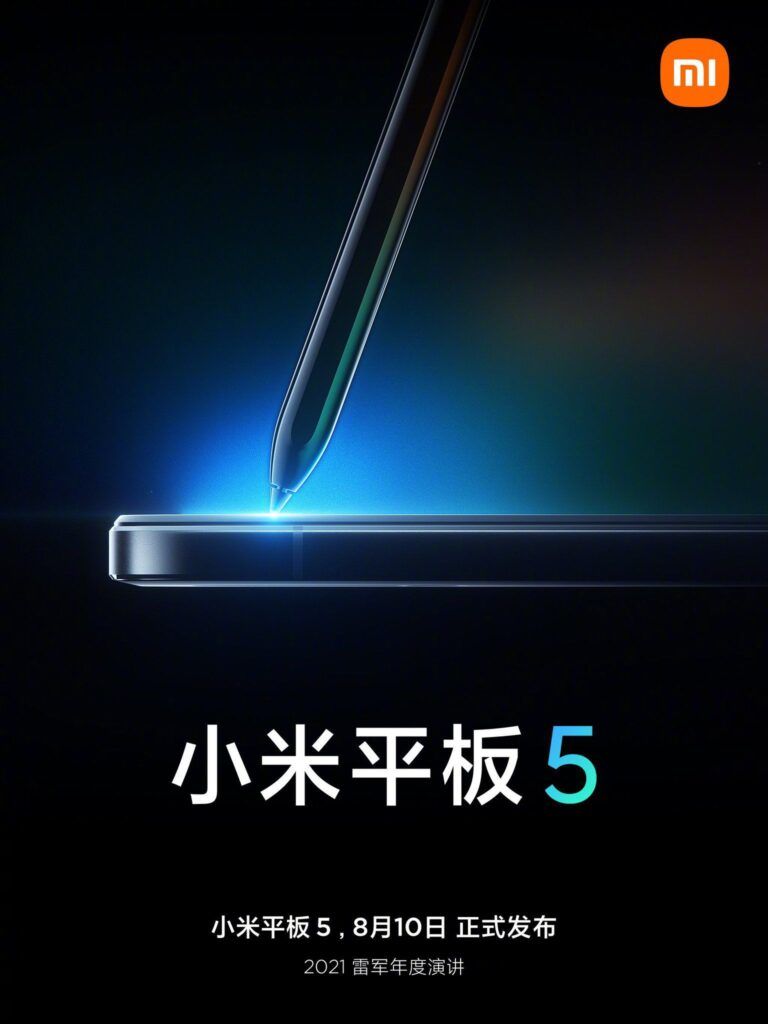 We know that Xiaomi has three tablets in store for us under the Mi Pad 5 moniker, tentatively called the Mi Pad 5, Mi Pad 5 Pro and Mi Pad 5 Lite. One (or two) of them could run a Snapdragon 870 chipset, while the remaining variant will pack a Snapdragon 860. There are rumours about a Snapdragon 778G and MediaTek Dimensity 1200-powered variant, too, but those look somewhat sketchy. It would make sense for the Pro variant to run the best chipset and take things down a notch from there.

At least two Mi Pad 5 versions will feature a 10.9-inch 120 Hz AMOLED screen. Both tablets will draw power from an 8,750 mAh battery that supports 67 W fast charging. However, we’re of the opinion that this can’t be the case, as tablets usually vary by screen size/battery capacity and not the megapixel count on the camera. We’ll have to wait till the official reveal to know for sure. Some last-minute leaks might also help clear the air.