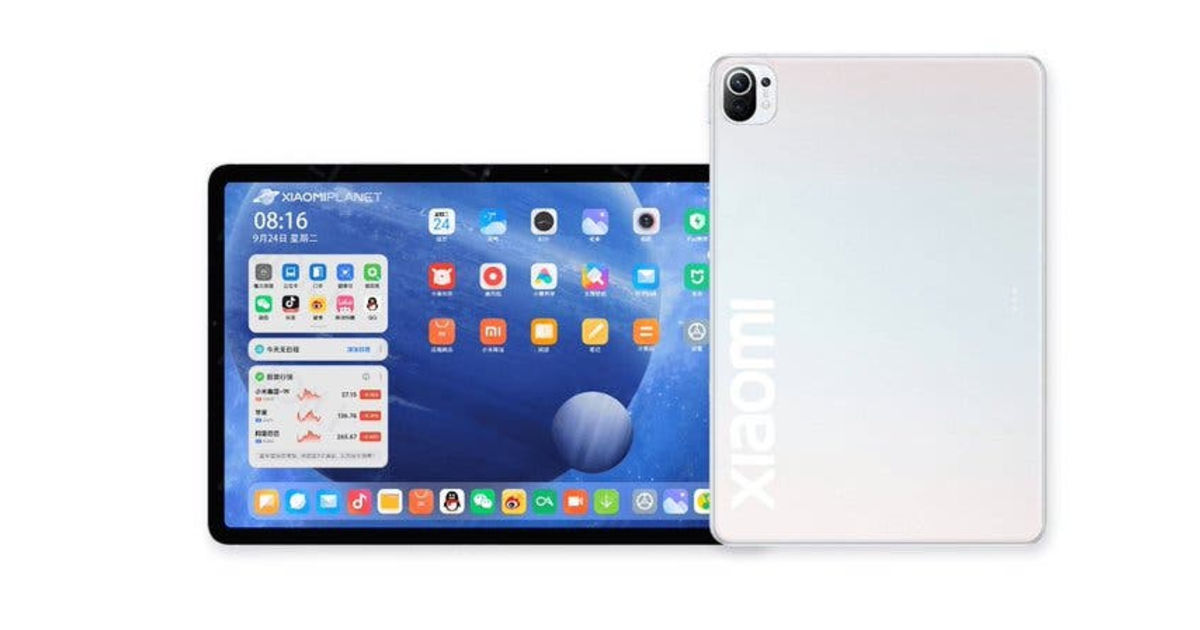 Mi Pad 5 series launch, price, and specifications have been doing the rounds of the internet for quite some time. The series is expected to come in two models, Mi Pad 5 and Mi Pad 5 Pro. They both are likely to be premium tablets from the brand with a 120Hz refresh rate display, Snapdragon 870 SoC/ MediaTek Dimensity SoC, 4,260mAh battery, and more. Now, alleged CAD-based renders of the Mi Pad 5 keyboard accessory have surfaced online, suggesting the tablet could come with stylus support. The renders were shared on Weibo by famed tipster Digital Chat Station. The final product is said to be slightly different but the images give us an idea of what to expect. As seen from the images, the Mi Pad 5 keyboard accessory has a cylindrical slot for the stylus. There is even a stylus on it, which suggests that the tablet could be the first from Xiaomi to come with stylus input. The accessory also sports a square-ish cut-out for the camera(s) and keyboard with island-style keys. While it lacks a trackpad, the keyboard accessory seems to pack four grooves that the other half locks into. The Mi Pad 5 will reportedly connect to the keyboard via pogo pins. That’s all the information we can divulge at the moment. It remains to be seen whether the keyboard and stylus will be optional accessories or Xiaomi will bundle them with the tablet.

The Mi Pad 5 specifications are rumoured to include a 10.95-inch LCD display with a 120Hz refresh rate, while the Pro model may get a 144Hz screen. The tablets could boot MIUI for Pad that is specifically designed for Xiaomi tablets. Additionally, the Mi Pad 5 series is said to have support for handheld PC mode and offer interesting features such as classic start menu, control centre, multi-window, among others. The tablets are expected to measure 8.13mm and weigh 519 grams. As for the optics, the Mi Pad 5 is said to feature a dual-camera setup, with a 20MP primary sensor and a 13MP secondary lens.