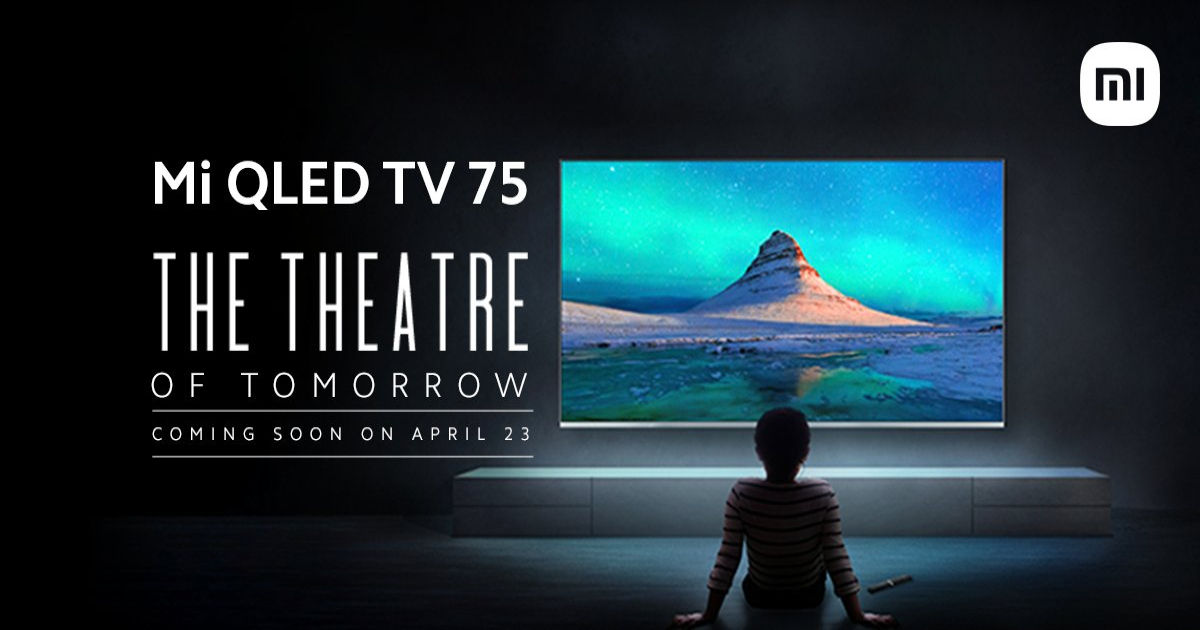 Xiaomi has scheduled an event in India on April 23rd where it will be launching the Mi 11 Ultra and Mi 11X. In addition to this, the brand has confirmed it will be unveiling the Mi QLED 75 TV in the country as well. The teaser image posted on Twitter suggests it will have a bezel-less design. The QLED panel means it will be a premium offering. While the Mi QLED 75 TV specifications are still a mystery, we speculate it could be the Mi TV Q1 75-inch model that is already available in the global markets.

RT 🔄 to spread the word. pic.twitter.com/WonAXG4TJl

Mi TV Q1 is powered by the MediaTek MT9611 paired with Mali G52 MP2, 2GB RAM, and 32GB storage. While Xiaomi may unveil the Mi TV Q1 75-inch model in the country, it’s possible there could be an entirely new model in the works.

Separately, Xiaomi says that it is the number one smart TV brand in the country with a 25 percent market share in Q4 2020. It is citing IDC worldwide quarterly smart home device tracker release. The company claims to have sold over 6 million Mi TVs in three years of its operation in the country.