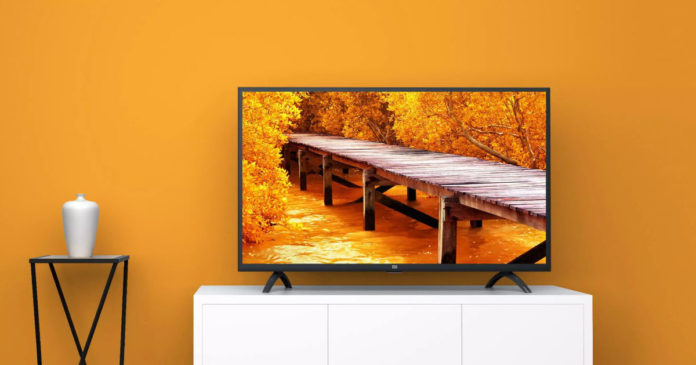 The Mi TV 4A 32-inch, Mi TV 4C Pro 32-inch, and Mi TV 4A Pro 43-inch have received price cuts in offline stores in India. Xiaomi has announced a price drop of up to Rs 1,000 on the three affordable Mi TVs that run both Android and Patchwall UI. The Mi LED TV 43-inch now starts at Rs 21,999 instead of its initial price of Rs 22,999, while the two 32-inch Mi TV models’ prices in India have been reduced to Rs 12,499 – down from the previous MOP of Rs 12,999. Apart from offline retail channels, the TVs are available at the discounted prices in online stores too.

While these are the permanent price cut, Xiaomi has also discounted its 55-inch smart TVs by up to Rs 3,000 for the company’s 5th anniversary sale. The Mi TV 4X Pro 55-inch model will be available at Rs 37,999 instead of its original price of Rs 39,999. The flagship Mi TV 4 Pro 55-inch will set you back to Rs 44,999 instead of Rs 47,999. The sale, which also offers discounts on Xiaomi mobile phones and accessories, starts from today, i.e. July 23rd, and will continue until July 25th across Mi.com, Amazon.in, and Flipkart. For purchases made via Mi.com, Xiaomi is offering 5 percent discount (maximum up to Rs 500) on transactions made using SBI credit cards as well as EMIs. On Mi.com, buyers will also get a chance to buy the Mi TV 4A Pro 32-inch for Rs 5 on July 23rd at 6pm.

The Mi TV 32-inch 4A Pro was launched earlier this year in India, while the Mi TV 43-inch made its debut last year. To recall the specifications, they both boot the Android-powered Xiaomi PatchWall platform out of the box. The TVs are touted to offer over seven lakh hours of content in many languages from various content partners such as Hotstar, Sony LIV, Voot, Eros Now, ZEE5, Hooq, Epic ON, etc. The 32-inch Mi TV bears HD-ready resolution whereas the Mi TV 43-inch boasts Full HD resolution and a refresh rate of 60Hz.

The TVs are equipped with a gigabyte of RAM, 8GB onboard storage, and connectivity options such as HDMI ports, an AV port, two USB port, and an Ethernet port. The Mi TV LED TV 43-inch is powered by Amlogic Cortex A53 chipset and employs 20W speakers. Its elder sibling the Mi LED TV 32-inch, on the other hand, rocks Amlogic 64-inch processor with 7th-gen imaging engine and a pair of 5W speakers.