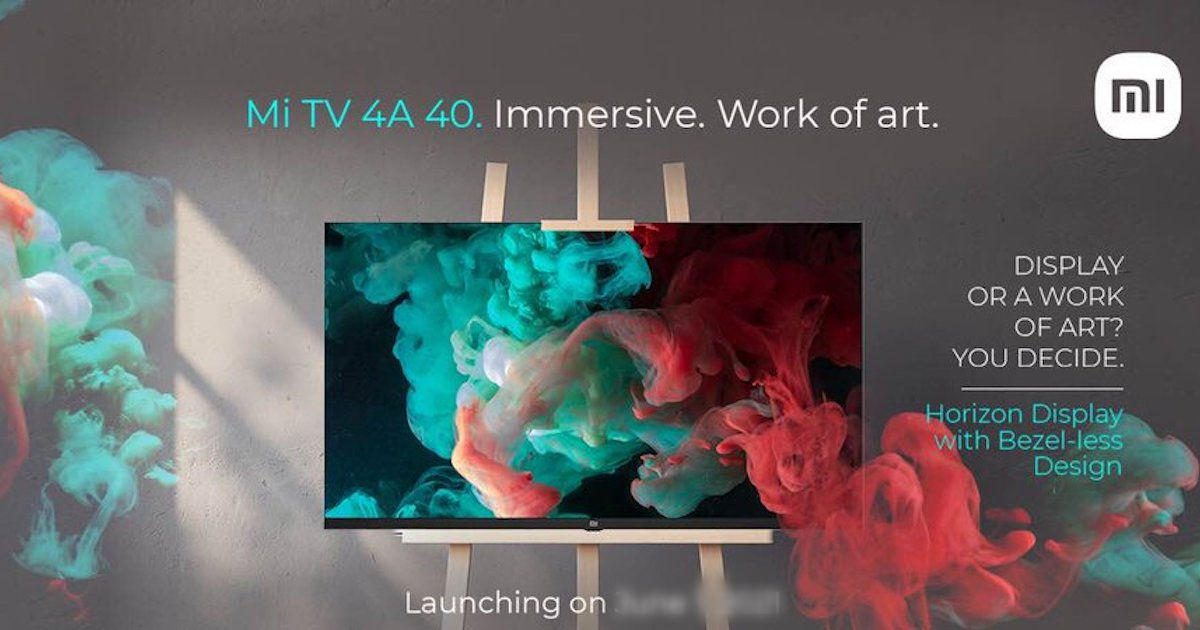 The Mi TV 4A 40 Horizon Edition will very likely use the same panel found in its 32-inch and 43-inch variants. Due to the Horizon Edition branding, the upcoming TV will ship with narrow bezels and an over 90 percent screen-to-body ratio. An FHD (1,920 x 1,080) screen would be ideal, but the chances of Xiaomi shipping it with an HD-ready (1,366 x 768) panel are higher.

Under the hood, the Mi TV 4A 40 Horizon Edition could run a quad-core Amlogic processor with four ARM Cortex-A53 CPU cores, coupled with 1GB RAM and 8GB internal storage. Input options will very likely include three HDMI ports, two USB Type-A ports, an RJ-45 Ethernet port, and a 3.5mm headphone jack. Wireless connectivity options include Bluetooth 4.2 and 802.11 b/g/n Wi-Fi. This is just speculation at the moment.

The Mi TV 4A 40 Horizon Edition will ship with the company’s proprietary Patchwall Android fork. We can expect it to come pre-loaded with popular OTT apps, such as Netflix, Amazon Prime Video, Disney+ Hotstar, Sony LIV, and more. Patchwall curates content based on your preferences and recommends it on your home screen. The TV also doubles up as a Chromecast, allowing you to cast content onto it from a smartphone, smart speaker, and the likes.