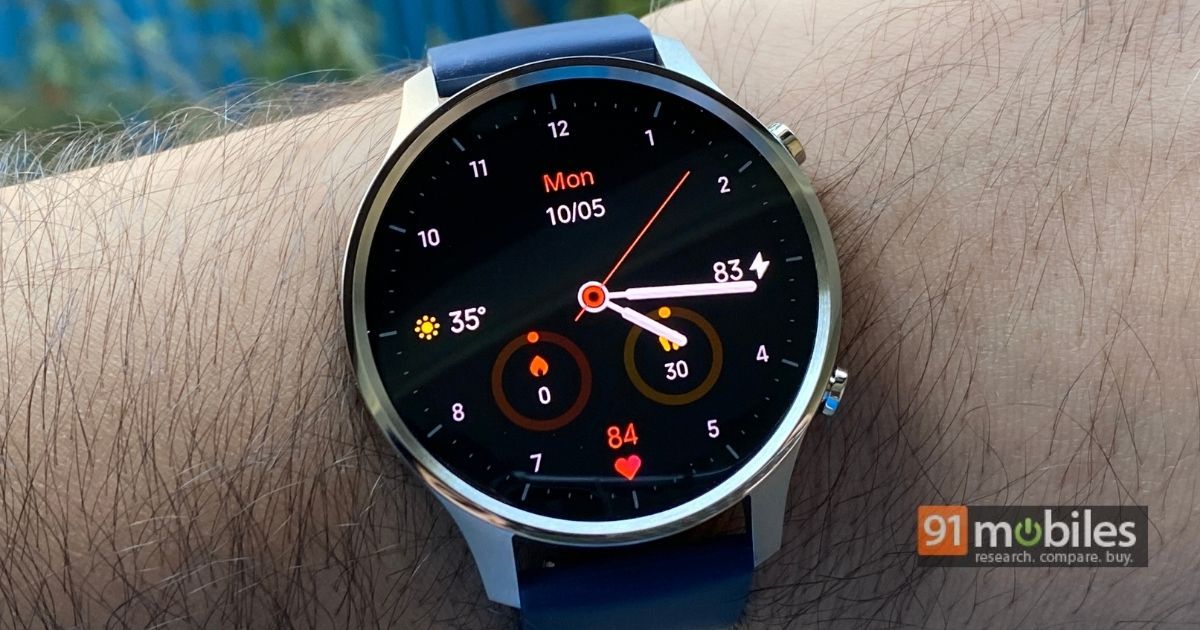 Smartphone brands like Realme, OPPO, Vivo etc have just forayed into ecosystem devices and accessories, but brand Xiaomi has been at it for much longer. In fact, thanks to the popularity of the Mi Band fitness band and its various generations spread over the years, Xiaomi leads the wearable segment in India. However, it didn’t have a smartwatch in its kitty thus far, which is a status quo that changes now with the arrival of the Mi Watch Revolve. Time to take a closer look. 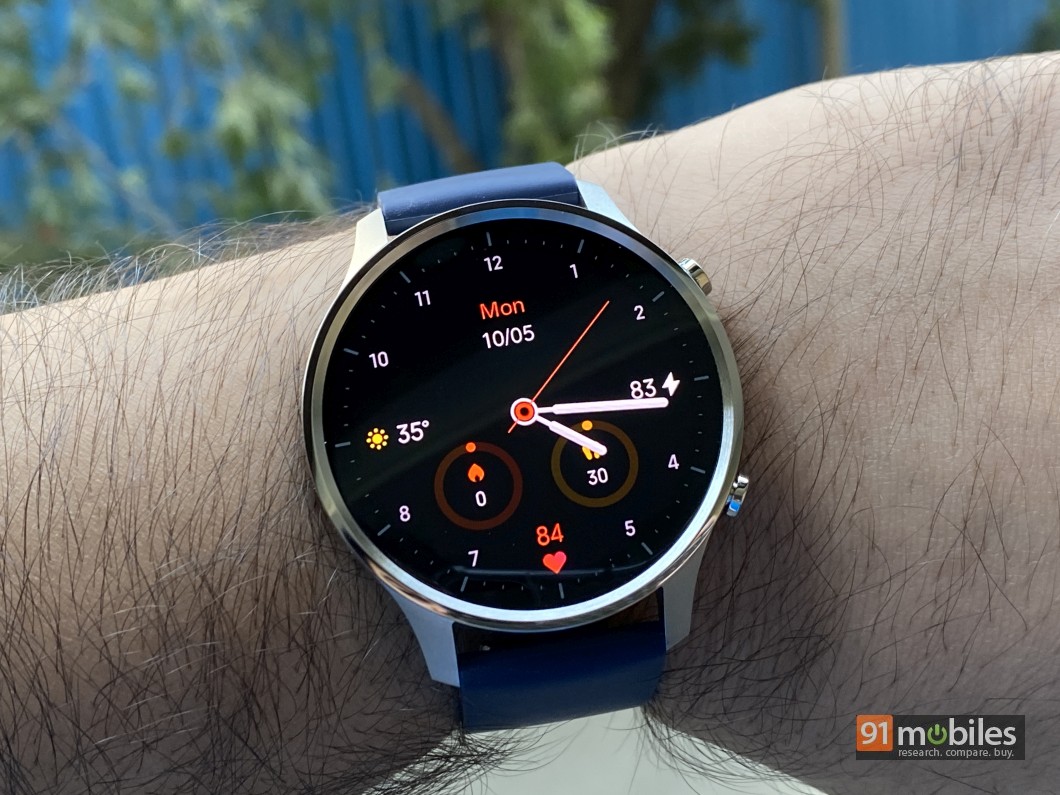 The first thought that popped up in my mind as soon as I opened the box and got my first look at the Mi Watch Revolve was something like “gosh, that’s big!”. The fact is, thanks to its large (46mm) circular dial, the thick case and two large buttons on the right, the Mi Watch Revolve does look massive. While I like chunky watches myself, it might even look a tad out of place on slender wrists. Personally, though, I do like how it looks, with its Chrome Silver case and silicon band in Neptune Blue. There’s a Midnight Black version as well apparently, and more colours to choose from as far as the straps are concerned. The overall look and feel is premium. Another point to note is that the Mi Watch Revolve employs 22mm strap with quick-release pins, so you can easily switch to any other watch strap that matches the width. 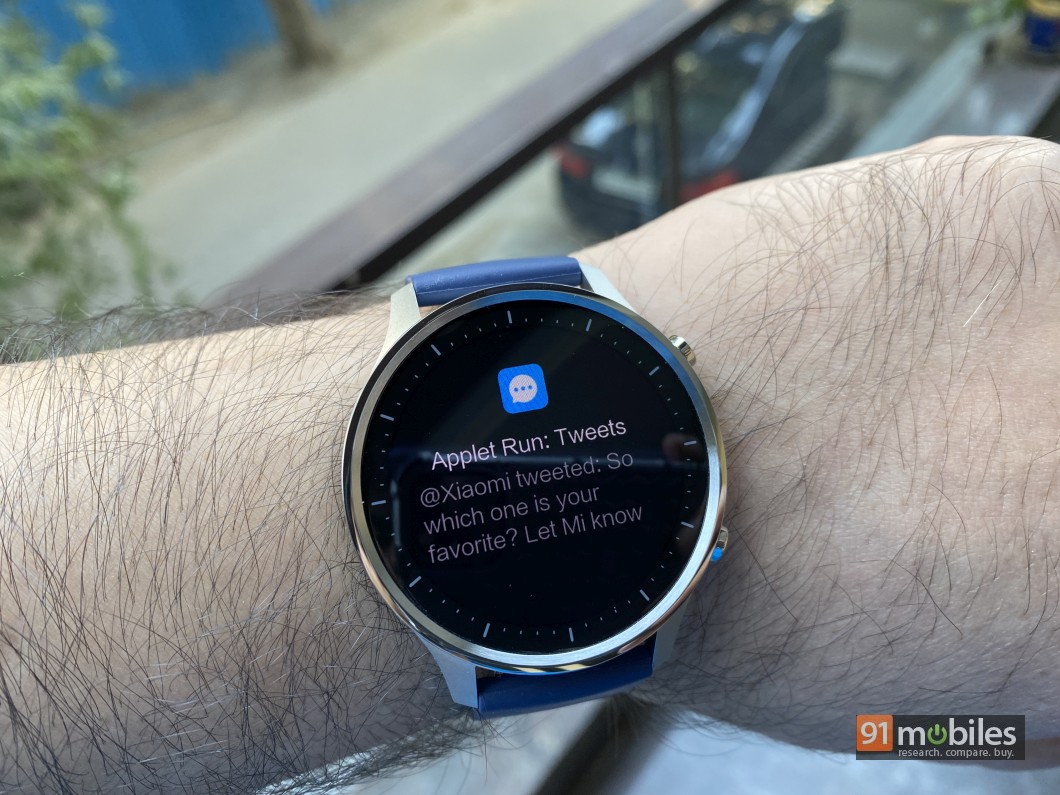 Up front and centre is the 1.39-inch, 454 x 454 pixel AMOLED display. Covered with a layer of Gorilla Glass 3 which helps keep scratches at bay, the screen gets quite bright, even for outdoor use… and outputs punchy colours too. The screen has permanent time markers all around, giving the device a look closer to traditional watches. At the back is the heart rate sensor, along with a pair of pogo pins that connect to the charging dock. Speaking of, the charging dock is a plastic holder with a USB cable that can be plugged into any available USB port or wall charger for juicing up the Mi Watch Revolve. It’s rated to last up to two weeks on a single charge. In terms of fitness features, the Mi Watch Revolve offers a fair bit. The device syncs with the Xiaomi Wear app, and includes features like Firstbeat Motion Algorithm that tracks various health indicators, VO2 Max, a stress monitor, and heart rate variability. It can monitor 10 sports activities, including swimming…. the watch is water-resistant up to a depth of 50 metres. As far as smartwatch features are concerned, you get the usual stuff like app notifications from a paired phone, stopwatch, timer, alarms, weather, idle alerts etc. Do note that the Mi Watch Revolve doesn’t have a mic or a speaker, so you can’t use it to make or receive calls. There’s no support for third-party apps either, or a way to reply to any messages. You do, however, get tons of watch faces to choose from. 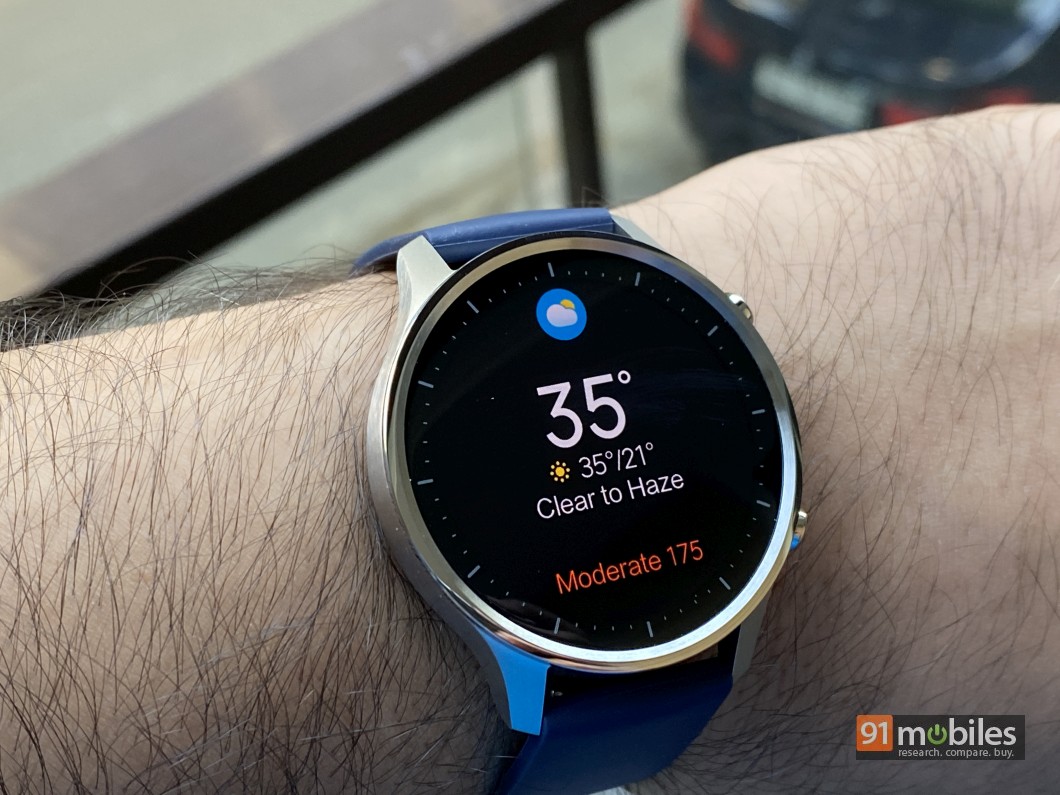 The interface is touch-driven, and swiping downwards from the top of the screen shows you the list of received notifications. Swiping sideways in either direction cycles through the various functions, while swiping upwards displays quick settings. As far as the side buttons are concerned, the one on top is for back / home, while the bottom key gives you direct access to the workouts. So overall, intuitive and straightforward. Priced at Rs 9,999 (inaugural price), the Mi Watch Revolve will be competing with other smartwatches from brands like Huawei and Amazfit. It might be a tad early to say whether Xiaomi can make a name for itself in this segment, but truth be told… I like what I see with the Mi Watch Revolve and I’ll be adorning it on my wrist going forward to test out its capabilities. Watch this space, pun intended.
ShareTweetShare
Share