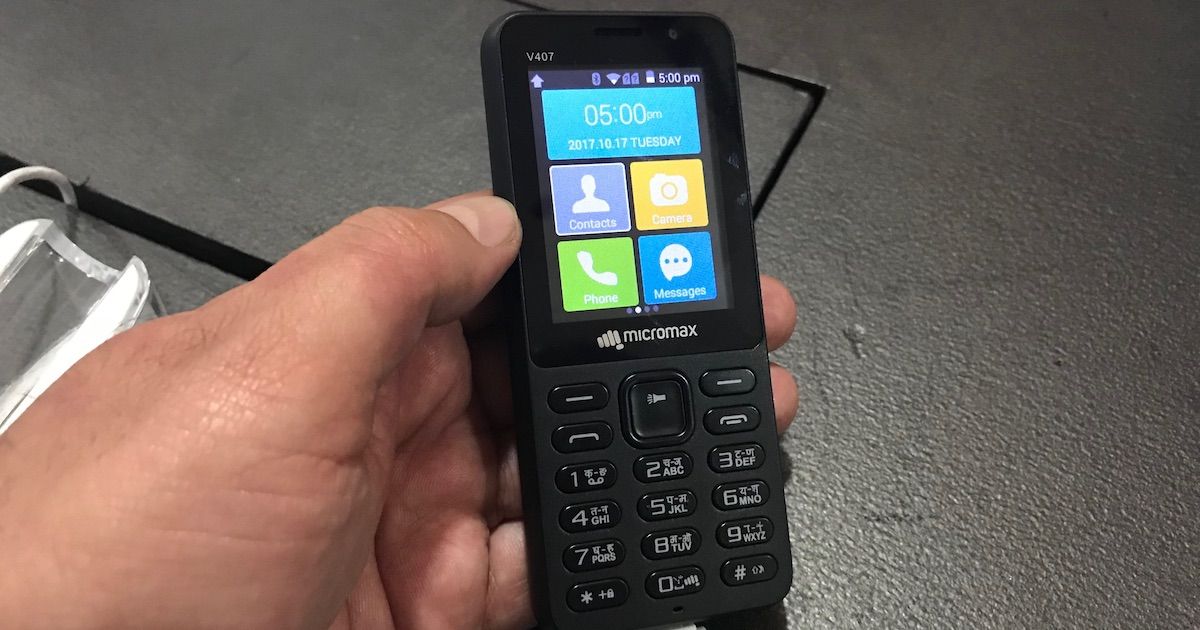 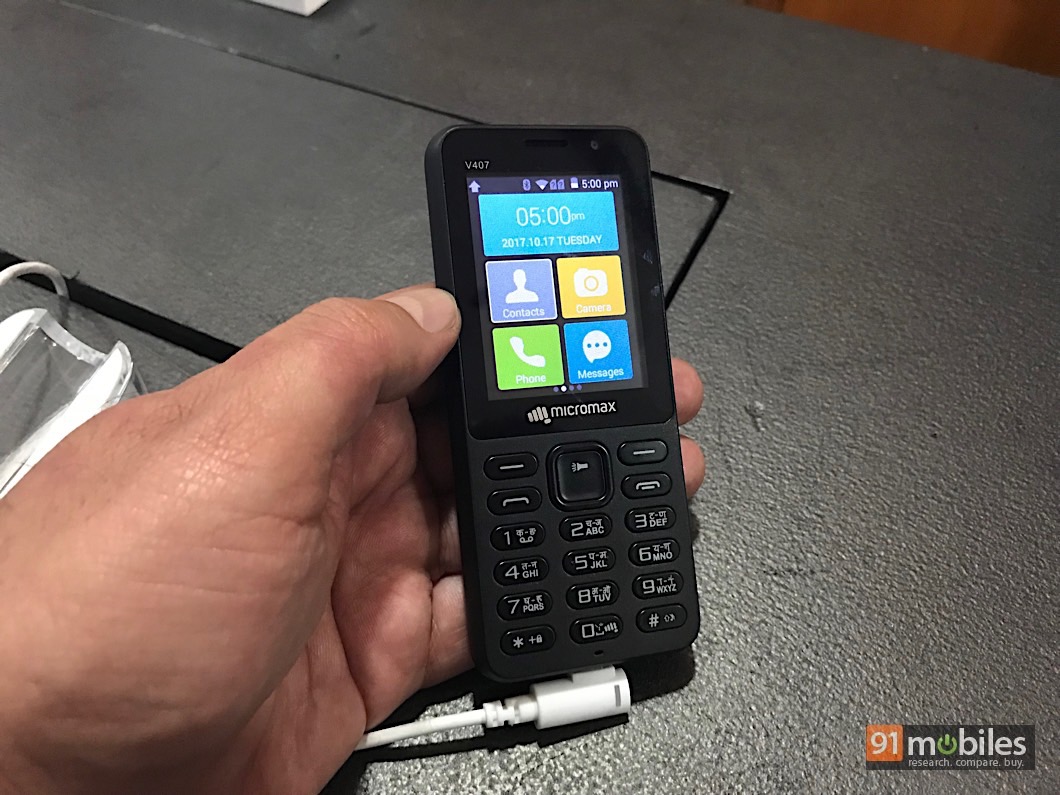 The device, branded as ‘Desh ka 4Gfone’, is set to compete head-to-head with the Reliance JioPhone (first impressions) in a price segment that is increasingly becoming the new battleground for mobile operators and manufacturers alike. Previously, Airtel and Karbonn had partnered to launch a new affordable 4G smartphone known as A40 Indian at an effective price of Rs 1399, and new reports hint at Vodafone and Idea Cellular taking the same route soon. 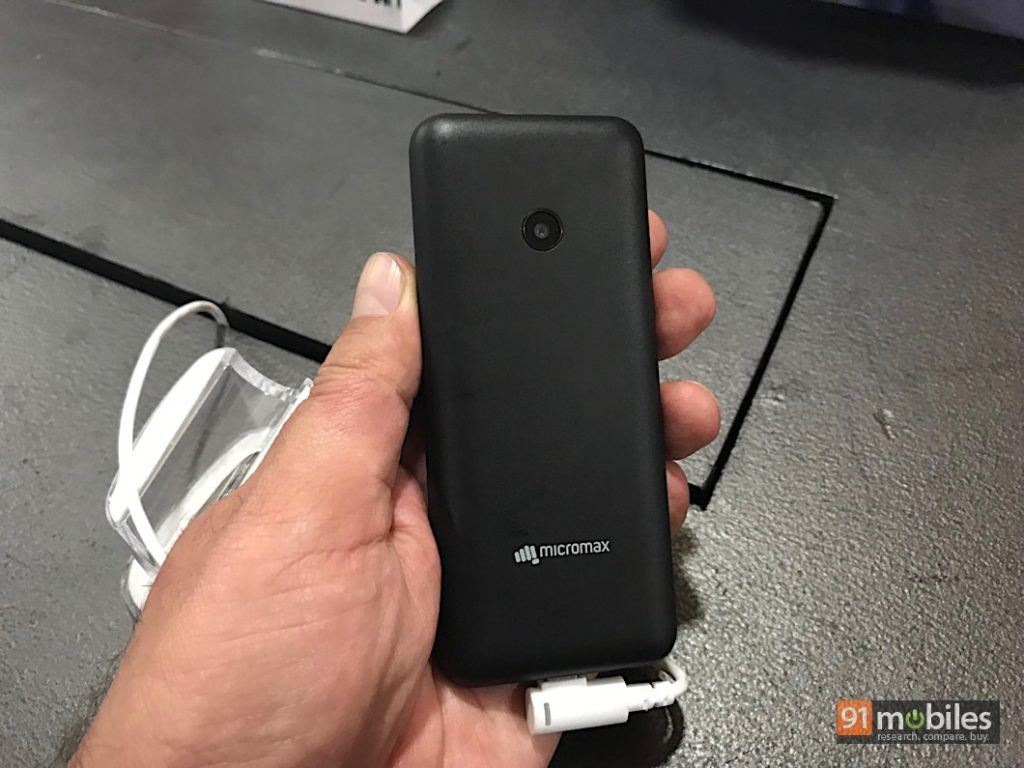 With the Bharat 1, the companies are aiming to provide a 4G phone to the nation’s 500 million plus population that is still not tethered to the internet. The dual-sim device sports a 2.4-inch QVGA screen and is powered by the Qualcomm Snapdragon 205 processor coupled with 512MB RAM and 4GB internal storage. It also packs a 2MP rear camera and a VGA front-facing camera.

Micromax is also bolstering Bharat 1’s position against the JioPhone by offering multiple content options on the device. Under Micromax Entertainment, the phone is set to serve Live TV, music, movies and videos to its users. Apart from this, the device also comes with support for 22 languages.

Users can also avail unlimited voice calling and data at Rs 97 per month through BSNL on the feature phone. The device will come bundled with a BSNL SIM card, but unlike the JioPhone, users will be free to use it with any other network operator, including Jio if they want to use 4G VoLTE services.

Commenting on the announcement, Rahul Sharma, Co-founder Micromax said, “BSNL is one of the major service providers in the country and has a vast reach and network that spreads across every nook & corner of the country. Both Micromax and BSNL have been working with an aim to bring the next wave of unconnected users on the Internet. We will now take this vision forward with Bharat 1 and create a compelling proposition for the users that is a first in the category.”

Anupam Srivastava, CMD, BSNL added, “We are proud that we are partnering with Micromax, a home-grown player which has been a key player in India’s growth journey and has contributed more than 150 million mobile users and this number is ever increasing. Connecting the last mile– to the Internet and relevant information – is an important part of the strategy for both BSNL and Micromax. We are confident that Bharat 1 will help millions of users experience the data and calling experience like never before.”

Micromax is aiming to sell up to six million units of its upcoming Bharat series devices in the next five to six months. This will help the brand to regain its market share and better compete against Chinese and domestic vendors.

The Micromax Bharat 1 will be available for purchase at retail outlets starting October 20th onwards.