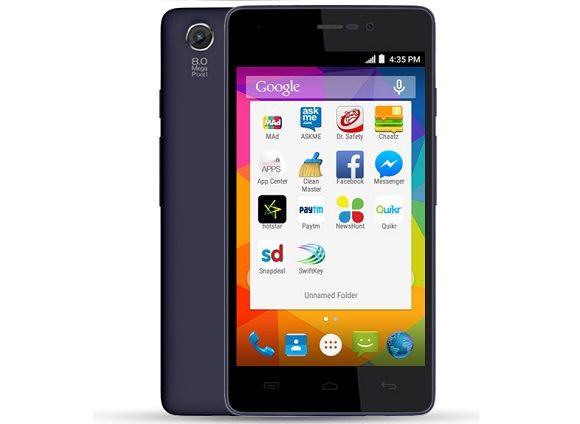 The Micromax Canvas Unite 3 has quietly gone on sale in India at a price of Rs 6,569, via Infibeam.com. The device comes as a successor to the Unite 2 (review) and brings in a minor upgrade over it. The Unite 3 has a 4.7-inch display WVGA display. It is powered by a 1.3GHz quad-core MediaTek MT6582M processor which gets mated to 1GB of RAM. The Unite 3 runs Android 5.0 Lollipop out of the box. The internal storage capacity of the new handset is 8GB which can be further expanded by another 32GB using a microSD card. You get an 8-megapixel camera with a flash at the rear and a 2-megapixel camera at the front. There’s dual SIM support with dual stand-by, along with 3G HSPA+, Wi-Fi, Bluetooth 4.0 and GPS for connectivity.

A 2,000mAh battery gives it the juice to run. This has been rated to provide a standby time of up to 220 hours and a talk time of up to 8 hours. The device has been pre-loaded with a wide array of apps which include the likes of Ask me, Chaatz, Clean master, Dr Safety, Facebook, Facebook Messenger, Hotstar, MAD, Newshunt, PayTM, Quikr, Snapdeal and Swiftkey. It’s available for purchase in blue and white hues. The official launch of the Unite 3 can be expected in the next few days.