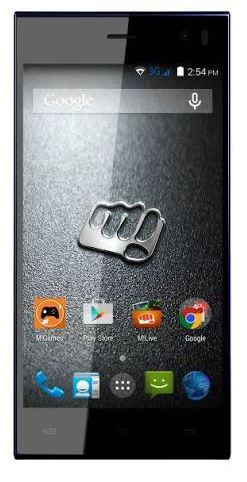 “The Micromax Canvas Xpress is a budget KitKat-powered smartphone with metal frame.”

Micromax has partnered with Flipkart to launch its latest Canvas series Android smartphone, the Canvas Xpress. The phone is priced at Rs 6,999 and will go on sale on December 8th. The metal frame-toting budget smartphone runs Android 4.4 KitKat and comes with a few software tweaks like Smart Wake, HotKnot, and customised gestures to open apps.

Coming to the features, the Micromax Canvas Xpress offers a 4.5-inch FWVGA display, and packs a 1.3GHz quad-core processor under the hood, paired with a gigabyte of RAM, and a 1,950mAh battery. Camera wise it offers a 5MP autofocus rear shooter and a 0.3MP front snapper, but there’s no word if there’s an LED flash to accompany the rear camera. The rest of the specs include a microSD card slot that accepts memory cards up to 32GB in size, dual-SIM slots, 3G, Wi-Fi, Bluetooth and GPS. The company didn’t reveal how much internal memory it features.

The Micromax Canvas Xpress will be available in Electric Blue and Classy Silver variants. Micromax is also offering free data up to 500MB per month for the first six months to Aircel subscribers.