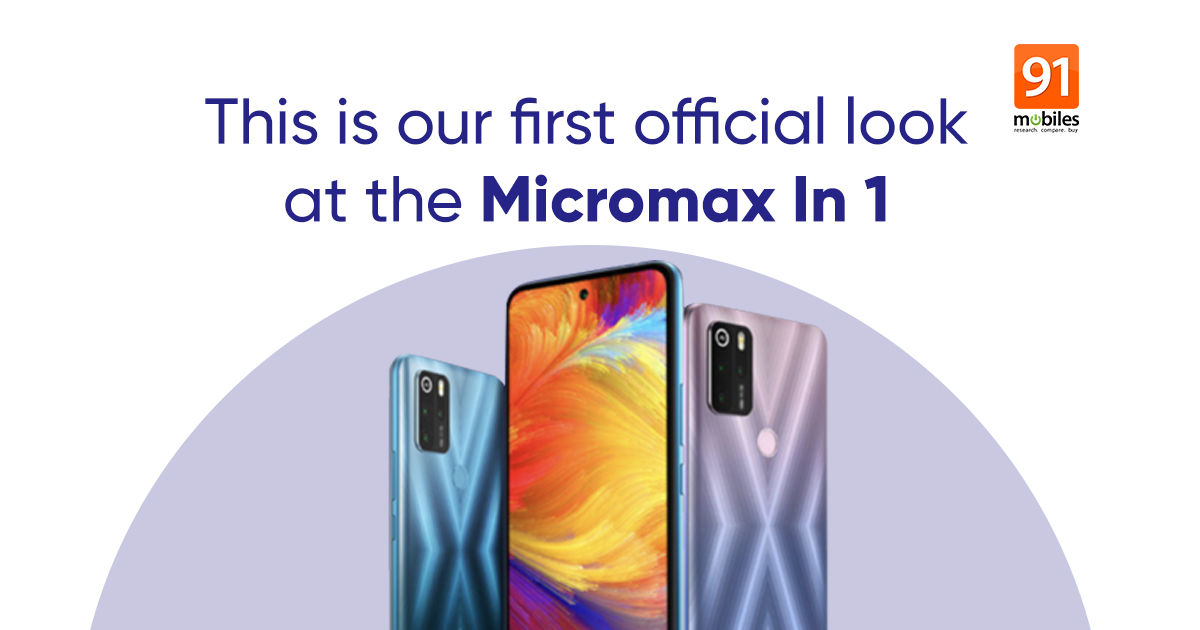 Micromax In 1 specifications have appeared on Geekbench ahead of the phone’s launch in India. Micromax will be launching the In 1 smartphone in the country on March 19th and the company has revealed the phone’s design already. As per the teasers on Flipkart, the upcoming phone is similar to the Micromax In 1 Note. Now, ahead of the launch, the Micromax In 1 specifications have been spotted on Geekbench by MySmartPrice. It appears that the phone will indeed feature a MediaTek chipset as rumoured along with 6GB RAM.

According to the listing on Geekbench, the Micromax In 1 will indeed be equipped with the MediaTek Helio G80 processor. The phone will run Android 10 out of the box and have 6GB RAM. Perhaps the previous listing was for the base variant of the phone. It’s also possible that the phone may actually run Android 11 instead of Android 10, but that remains to be seen. 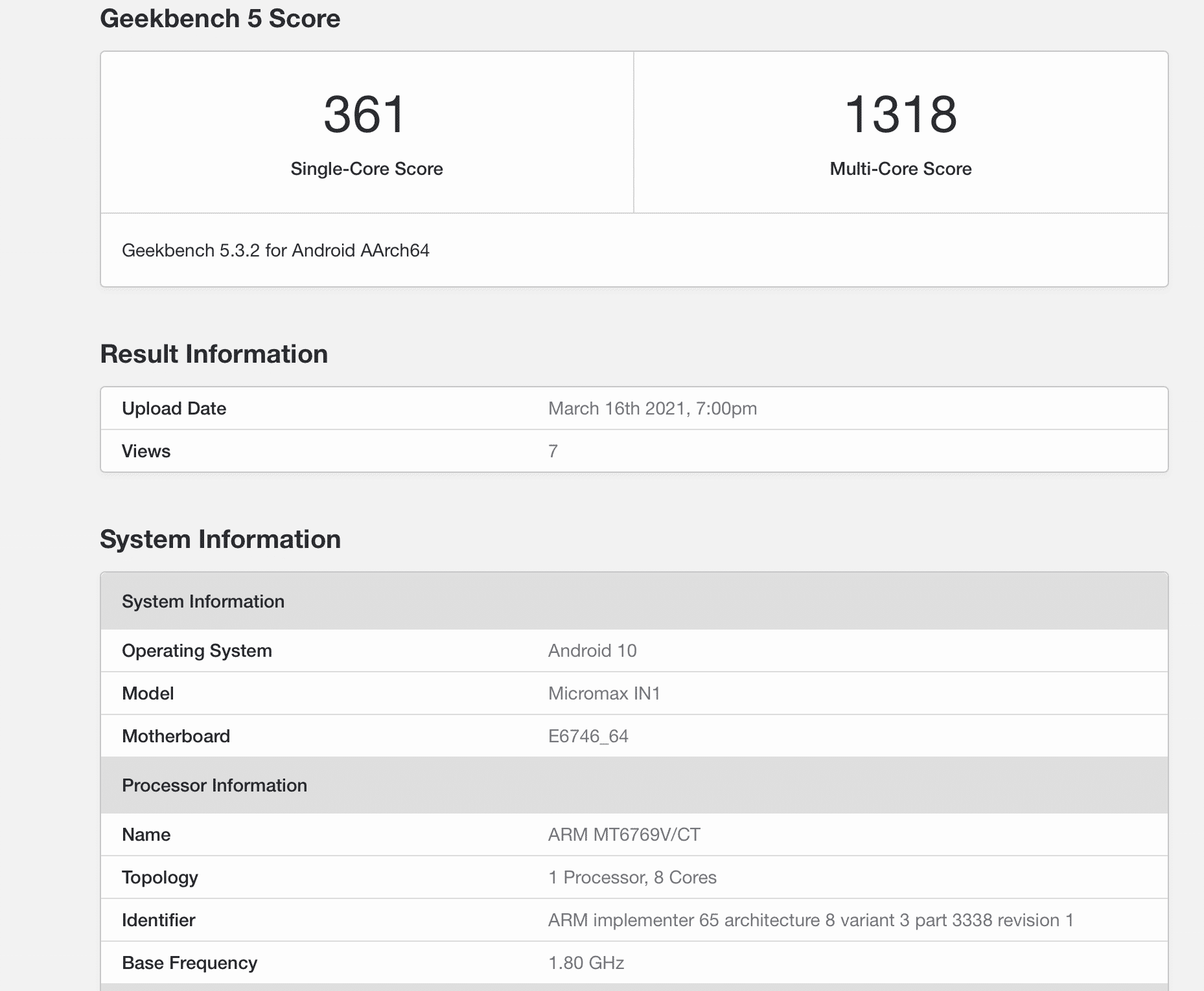 Micromax has already teased some of the main In 1 features via the Flipkart page. As per the teaser, the phone will get a triple-rear camera setup and a rear-mounted fingerprint scanner. On the front, the smartphone will feature a punch-hole cutout display. As per leaks, the front display will be a 6.67-inch FHD+ panel. Other leaked information also reveals that the triple rear camera setup will consist of a 48MP main sensor and that the phone will get 128GB storage along with a 5,000mAh battery that supports 18W fast charging. For selfies, the In 1 will supposedly use an 8MP camera.

Micromax In 1 price in India is expected to fall under Rs 10,000 and the phone will most likely be exclusively sold on Flipkart. We will find out all the details, including the availability on March 19th.