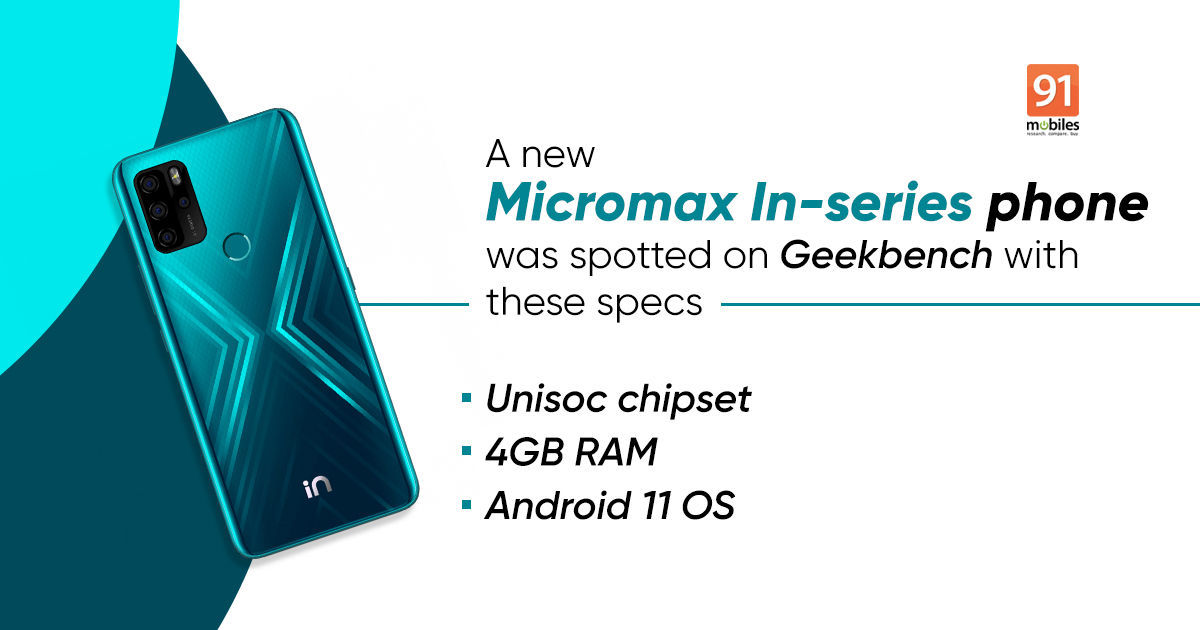 Micromax IN 2B specifications 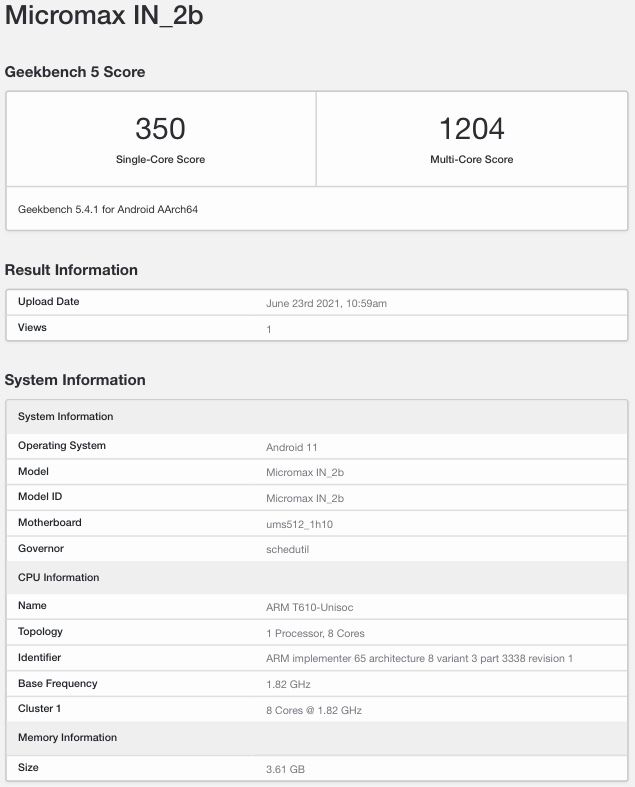 As you can see above, the Micromax IN 2B managed to get a single-core score of 250 and a multi-core score of 1,204 on Geekbench, as spotted by MySmartPrice. It runs a Unisoc T610 chipset, along with 4GB of RAM. It is one of Unisoc’s newer offerings launched in 2019 and consists of two ARM Cortex-A75 cores clocked at 1.8 GHz, six ARM Cortex-A55 clocked at 1.8 GHz, and an ARM Mali G52 GPU. This is all we know about the Micromax IN 2B for the moment, but we can expect other specs of the smartphone to emerge in the coming weeks.

Ideally, the Micromax IN 2B should cost around Rs 8,000 in India, given that its antecedent was launched at a similar price point. Many OEMs have shifted focus to the more lucrative Rs 10,000 to Rs Rs 25,000 market, so this is a good time for Micromax to capture the sub-Rs 10,000 markets, which is where it started out, to begin with.