91mobiles.com
Home Comparisons Micromax In Note 1 launched in India: is it better than Redmi...
Highlights 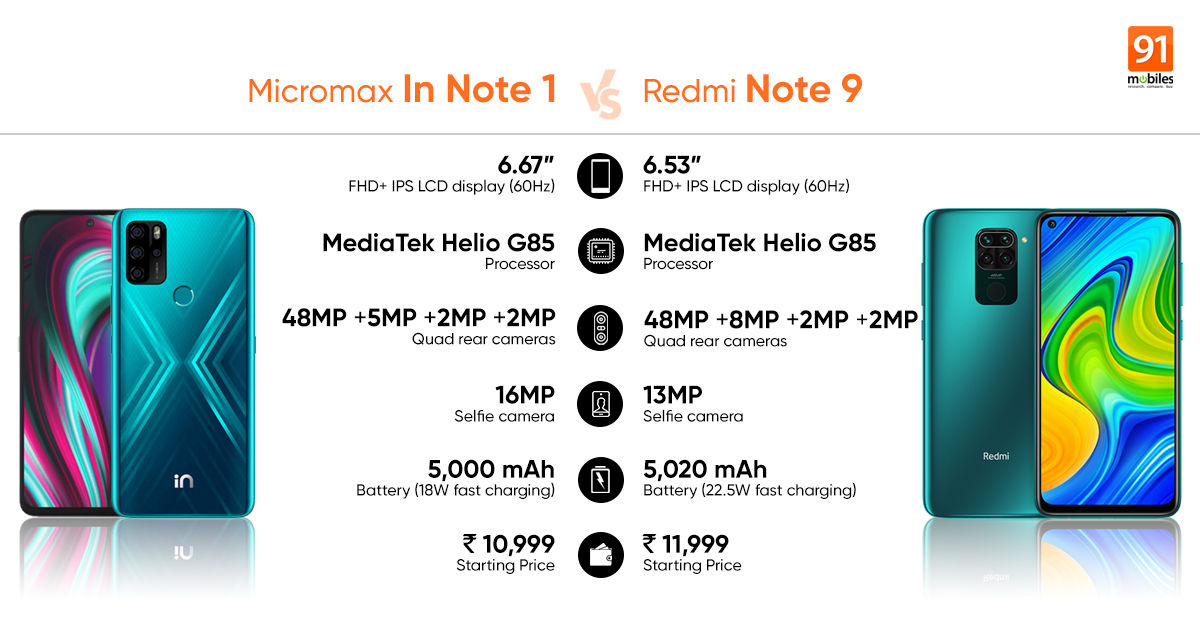 Micromax In Note 1 price in India was announced today as the company announced its comeback to the market. The phone was announced alongside the cheaper Micromax In 1b. Compared to the In 1b, the In Note 1 specifications are a little more powerful and it falls just above the Rs 10,000 segment. The phone touts an FHD+ display, MediaTek Helio G85 SoC, 48MP quad rear cameras, 5,000mAh battery, and 18W fast charging solution. The closest competition is the Redmi Note 9 which shares similar specs. Before the Micromax In Note 1 sale begins, here’s a quick look at how it compares with the Redmi Note 9.

Micromax In Note 1 vs Redmi Note 9: price in India

The Redmi Note 9 is available with Rs 500 festive season discount via the company’s e-store Mi.com right now. The phone comes in Aqua Green, Arctic White, and Pebble Grey. The Micromax In Note 1 will go on sale in India starting November 24th via Flipkart and Micromaxinfo website in green and white colours.

Micromax In Note 1 and Redmi Note 9 both come with punch-hole FHD+ displays and the MediaTek Helio G85 chipset with HyperEngine gaming tech under the hood. However, the Micromax smartphone has a slightly taller form factor – thanks to the 6.67-inch screen – and a centred punch-hole for the selfie camera. The phone also touts an X-shaped pattern at the back that shimmers against the light, a fingerprint sensor, and quad cameras housed in a rectangular module. 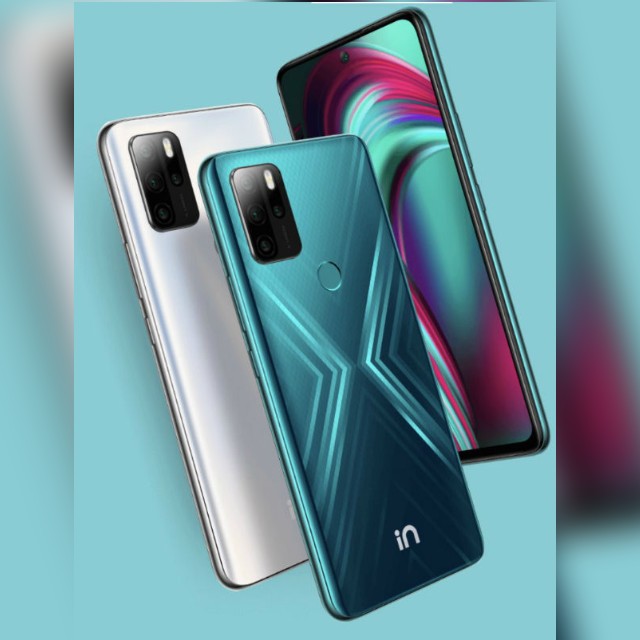 The Redmi Note 9, in contrast, is 6.53-inch tall and sports a corner punch-hole cutout. Around the back, it has a glossy finish with a squarish camera module at the centre and a fingerprint scanner just below.

Micromax In Note 1 specs also include stock-Android 10 out of the box, which is upgradeable to Android 11, 4GB RAM, 64GB/ 128GB user-expandable storage, 5,000mAh battery, 18W fast-charging support, and reverse charging. As for the cameras, the In Note 1 sports quad cameras headlined by a 48MP primary sensor at the back. This is paired with a 5MP wide-angle lens and a couple of 2MP cameras. At the front, it employs a 16MP wide-angle snapper with 78-degree FoV for selfies and video chats. 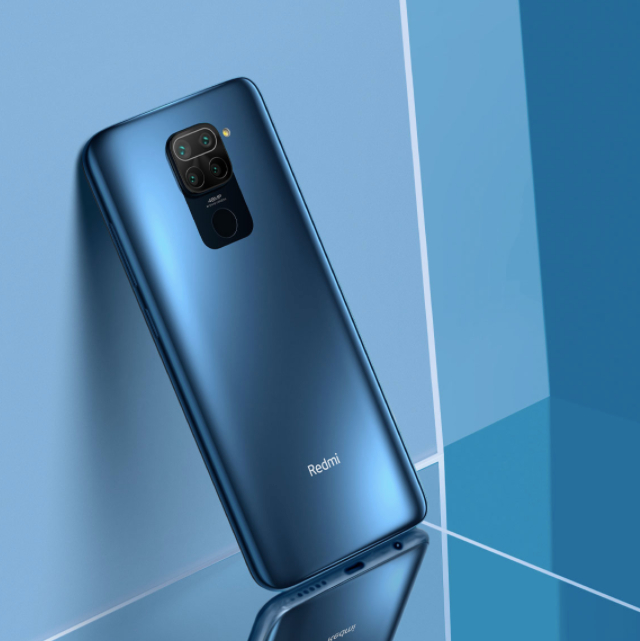 The Redmi Note 9 has a similar quad-camera setup at the back but with an 8MP wide-angle lens instead of 5MP. The front camera of the phone is a 13MP snapper as opposed to the 16MP camera on the Micromax In Note 1. The Redmi phone also supports 22.5W fast charging solution, a 5,020mAh battery, and Android 10-based MIUI 11 OS. Both the Redmi Note 9 and Micromax In Note 1 come with standard connectivity options such as 4G VoLTE, Wi-Fi 802.11 a/b/g/n, Bluetooth v5.0, GPS/ A-GPS, USB Type-C port, and a 3.5mm headphone jack. The Redmi phone also has an Infrared sensor that lets you control TV, AC, and other remote control appliances.