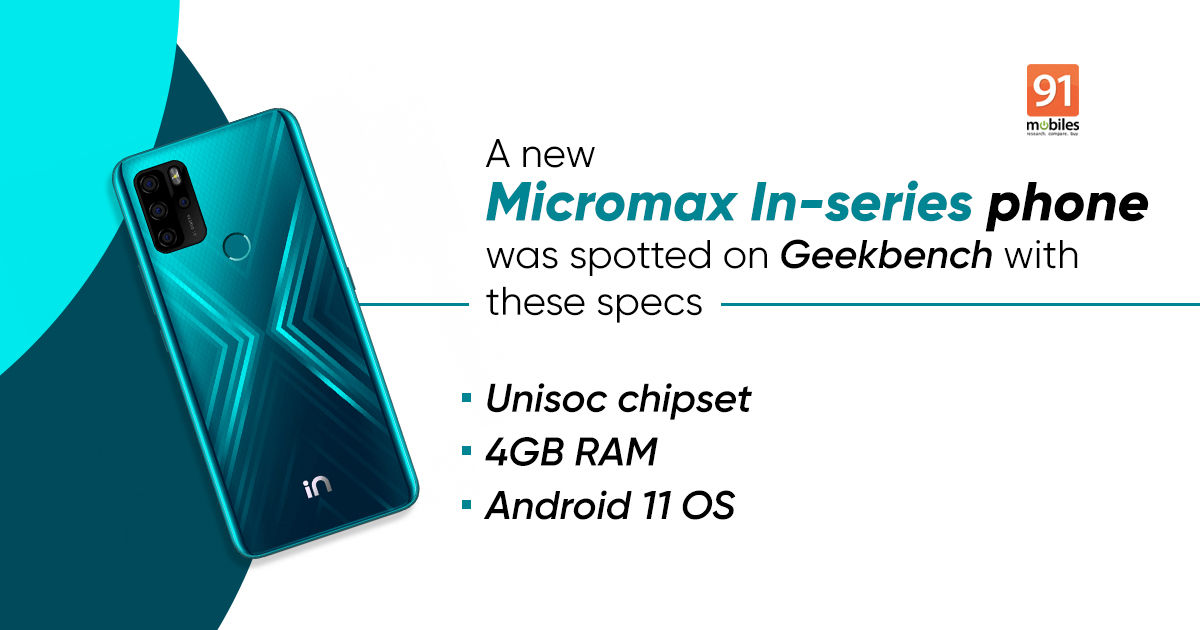 A mysterious Micromax In-series phone with model number E7544 has bagged BIS (Bureau of Indian Standards) certification, as spotted by Mukul Sharma. Though the listing suggests the India launch is close, the tipster says it isn’t the Micromax In 1 that is scheduled to launch on March 19th. The Micromax phone spotted on BIS has also been spotted on Geekbench with key specifications. The phone will come with Android 11 OS out of the box and 4GB of RAM. It is powered by an octa-core Unisoc processor (ums512_1h10), which leads us to believe it will be a budget offering. That’s pretty much everything we know about the Micromax In E7544 but we hope to learn more soon.

Separately, the Micromax In 1 is expected to be a cheaper variant of the In Note 1. It is said to come with a 6.67-inch FHD+ LCD display with a punch-hole cutout for the selfie camera and narrow bezels. The phone is powered by the MediaTek Helio G80 SoC paired with up to 6GB RAM and 128GB storage that should be expandable. The phone comes with a 5,000mAh battery and 18W fast-charging support. It will have a 48MP primary camera and a couple of 2MP sensors, rounding off the triple camera setup. On the front, it’ll have an 8MP snapper for selfies and video chats.

Micromax In 1 is listed on Flipkart, thereby revealing the entire design. It has a rectangular camera module on the back with triple sensors and LED flash arranged. There is a rear-mounted fingerprint sensor for security and a unique gradient design. The design is largely identical to the In Note 1. The handset is expected to be priced under Rs 10,000 but we will know for sure later this week when it goes official.