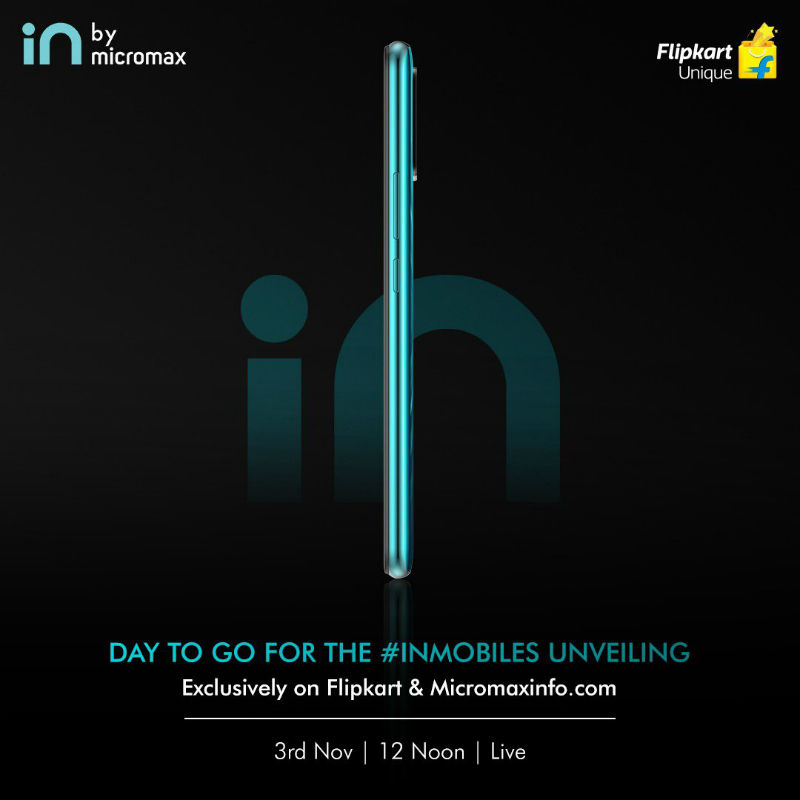 Micromax recently teased the In series smartphones’ design which showed off the shimmery X-shaped pattern on the rear. The phones are said to be powered by the MediaTek Helio G80 and Helio G35 SoC. Speculations are rife the Micromax In 1a specifications will include a 6.5-inch HD+ display, pack a 5,000mAh battery, 32GB internal storage, and up to 3GB RAM variants. The 2GB RAM model will have a dual-camera setup at the back consisting of a 13MP + 2MP sensors, while the 3GB RAM option may have triple sensors. While not much else is known about the design, it could have a punch-hole design for the selfie snapper.

Micromax In 1 and In 1a prices in India are expected to fall between Rs 7,000 and Rs 15,000. Unfortunately, not much else is known about the phone at the moment, but we should know the exact prices, complete specifications, and sale date on Flipkart during the launch event tomorrow.