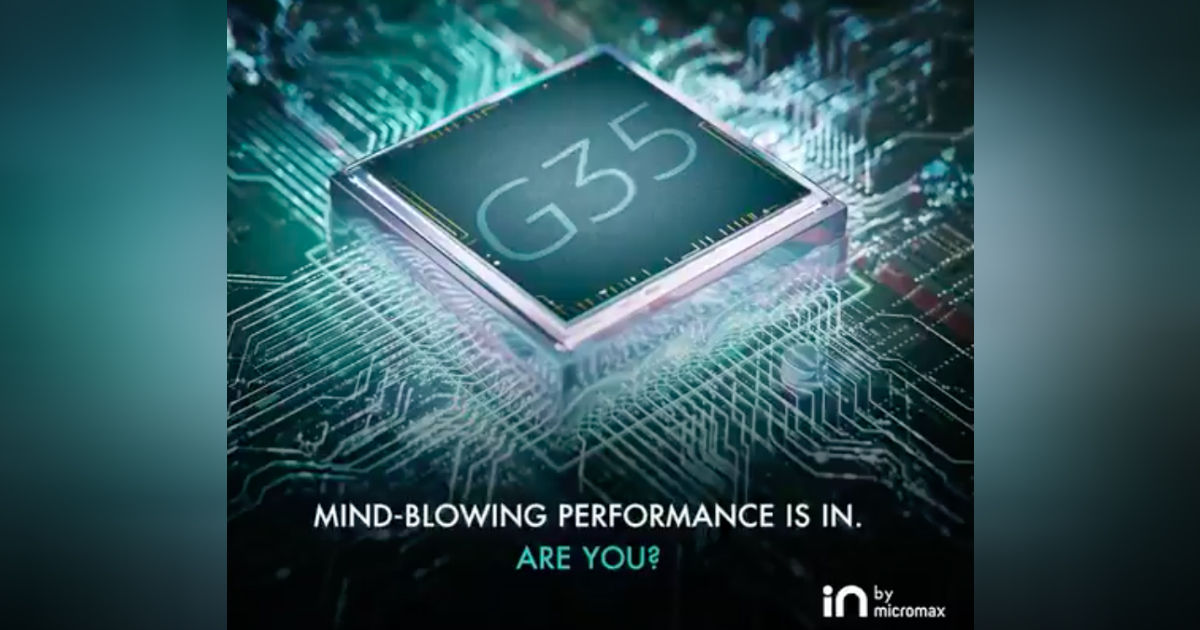 Micromax In series India launch is set for November 3rd and we expect to see at least two smartphones in the lineup. One of the phones will be called the Micromax In 1a, based on a Geekbench listing, while the other phone may simply be called In 1. Recently-leaked Micromax In 1a specifications suggested the phone will be powered by the MediaTek Helio G35 SoC, while the other phone will feature the MediaTek Helio G85 SoC. Now, a teaser by Micromax India confirms the two chipsets will indeed be powering the upcoming smartphones. Micromax In 1a and In 1 price in India will reportedly be between Rs 7,000 to Rs 15,000.

India is gearing up to game on with the ultimate performance. And we have the perfect processor for that. Share the screenshot to tell us which one you think it is. #INMobiles unveiling on 3rd Nov, 12 noon.#MicromaxIsBack #INForIndia pic.twitter.com/g4EoKHN7Pr

In the teaser, we can see both the MediaTek Helio G35 and Helio G85 chipsets mentioned, which confirms that the In 1a and In 1 will use these processors. This is in line with previous reports about the phones. Micromax In 1a specs may also include a 6.5-inch HD+ display, a 5,000mAh battery, up to 3GB RAM, and 32GB internal storage. The 2GB RAM variant of the In 1a is tipped to come with a 13MP + 2MP dual-camera setup, while the 3GB RAM option will feature a 13MP triple camera system. Meanwhile, specifications of the Micromax In 1 are still unclear, but we know it will come with the MediaTek Helio G85 SoC.

Micromax is hyping its comeback with the In series, which seems to be made in India. The company said that it is following Prime Minister Narendra Modi’s ‘AtmaNirbhar Bharat’ initiative. The company has received some flak for its launch event invite, which had the words “Cheeni Kum” (interpreted as less Chinese). The company is attacking Chinese OEMs and is looking to introduce the In series with the image that the phones are made in India, though the company is yet to confirm this. Whether the phones are able to impress beyond the nationalistic tag remains to be seen.

Micromax In Note 1 and In 1b prices in India announced: sale date, specifications

Micromax In Note 1, In 1b specs and renders leaked moments before launch

Micromax In 1a, In 1 to launch today: how to watch livestream, expected price in India, specs

Micromax In series Flipkart availability confirmed ahead of India launch