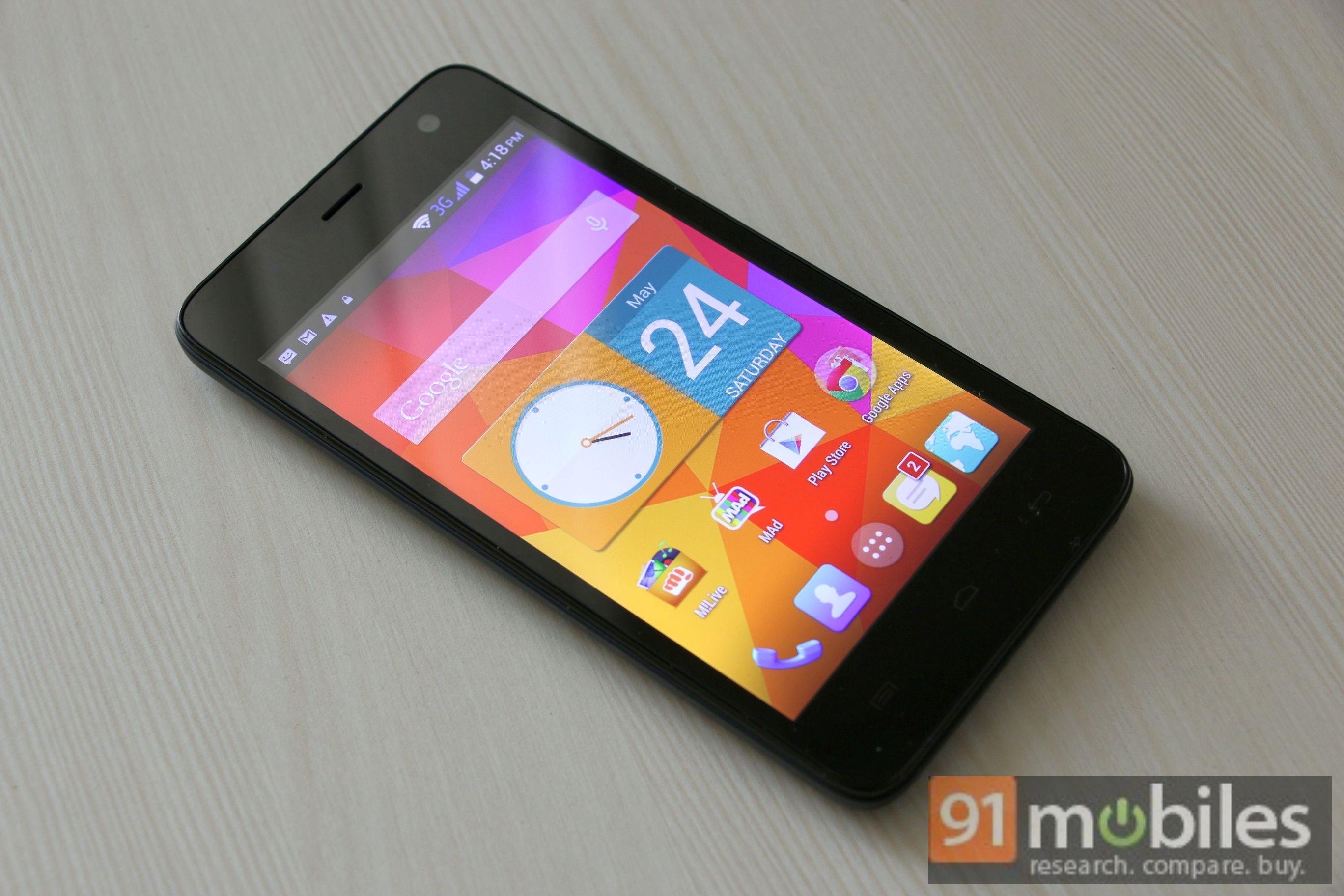 The Moto E took the world by surprise thanks to its great build and impressive hardware specifications at an affordable price point. However, Indian mobile devices brand Micromax has decided to wow customers with its latest proposition, the Micromax Unite 2, the newest competitor to the Moto E. Now the fight between the budget Android devices has been waging since a very long time, but with the Unite 2, Micromax has added a new dimension to this battle. 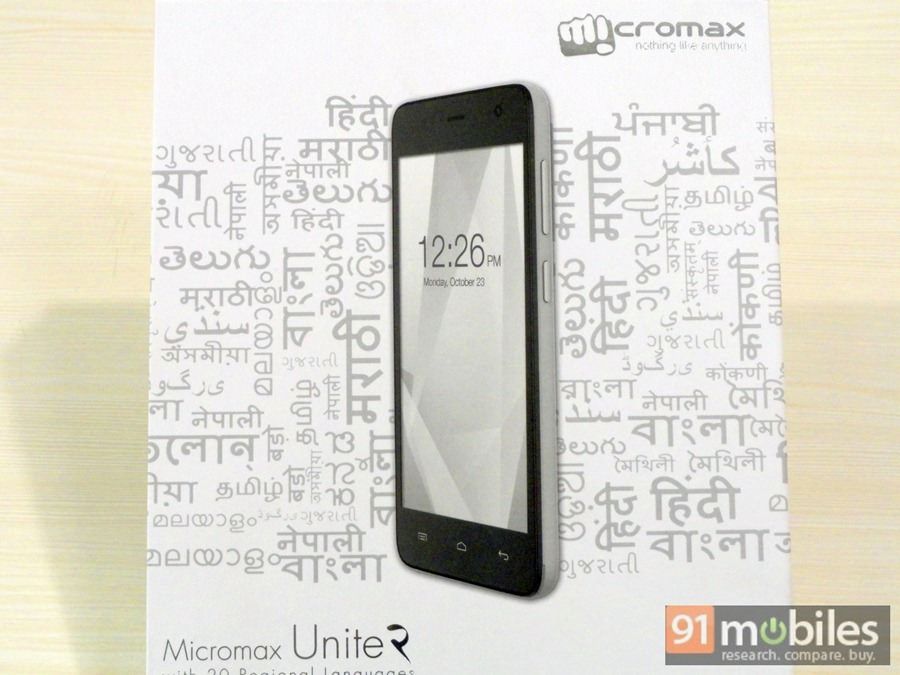 The Micromax Unite 2 is the first ever Android Kitkat powered smartphone from the brand and marks the launch of a new device series without the Canvas branding. Until now, all smartphones from Micromax were launched under the Canvas range, but with Unite 2, it seems the Canvas tag has been given a break. Whether it’s a planned strategy or just a trial by the company is still to be confirmed. For now, the Micromax Unite 2 comes as a strong Android smartphone priced affordably at Rs 6,999, and offers an extensive set of hardware specifications that can easily put more expensive smartphones from bigger brands to shame. The device features a 4.7-inch IPS display with a resolution of 800 x 400 pixels, and is powered by a 1.3GHz quad-core processor with 1GB of RAM. It sports a 5MP autofocus rear shooter and a 2MP front-facing camera, while internal storage is limited to 4GB, expandable up to 32GB via a microSD card. Connectivity features include 3G, dual-SIM, Bluetooth 4.0 and Wi-Fi. 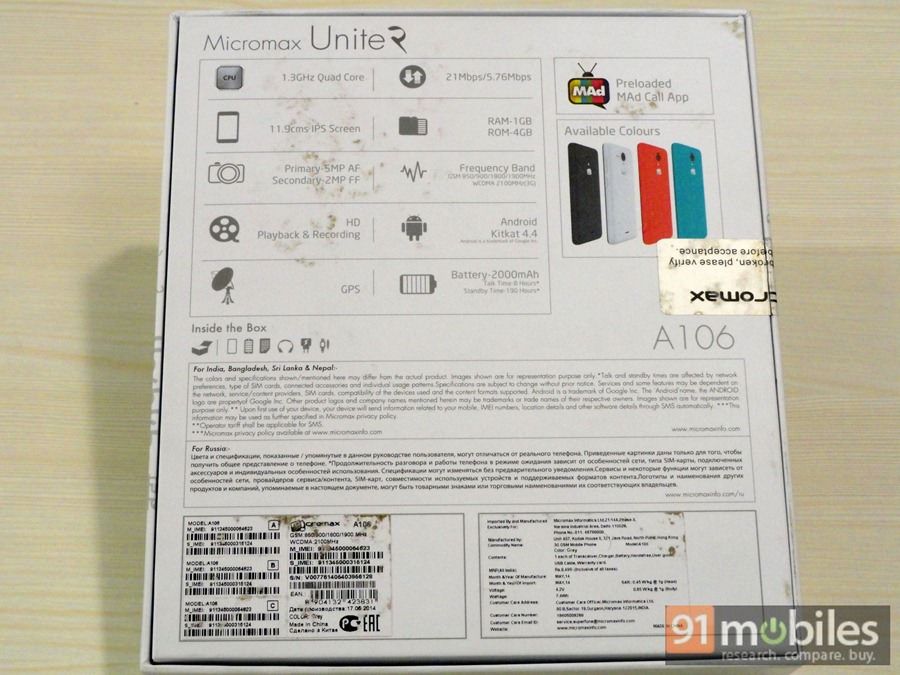 The Micromax Unite 2 has just arrived at our test labs for review, and we will be coming out with an extensive review of the device and several of its features in the days to come. For now, let’s check out what Micromax has provided in the box, and our first impressions about the device. 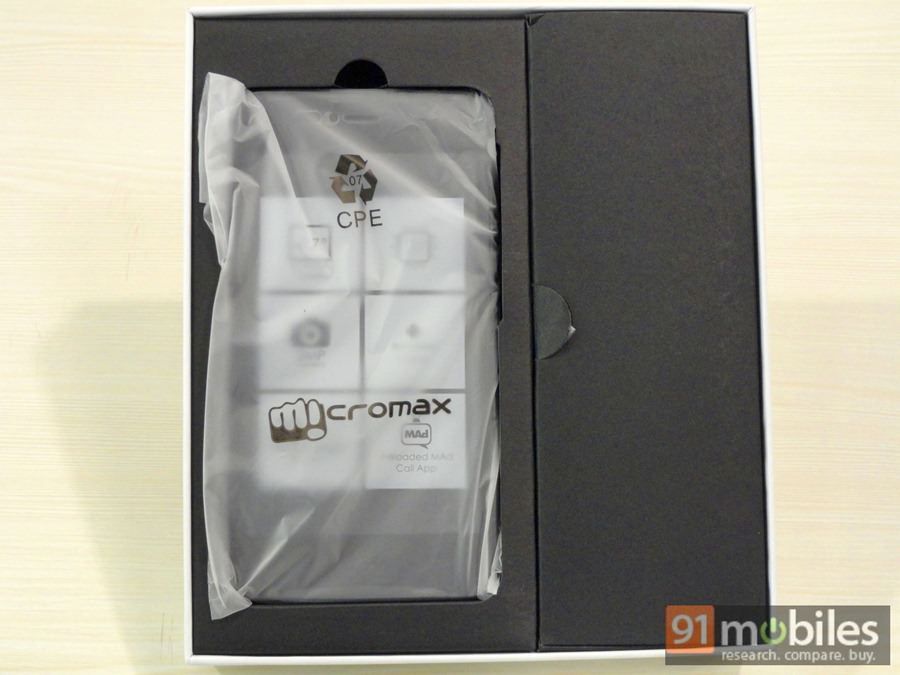 For a budget device, the Micromax Unite 2 certainly gets a premium retail packaging which, unlike most budget smartphones, is not crammed up in to a fist-sized box in order to save on shipping cost. 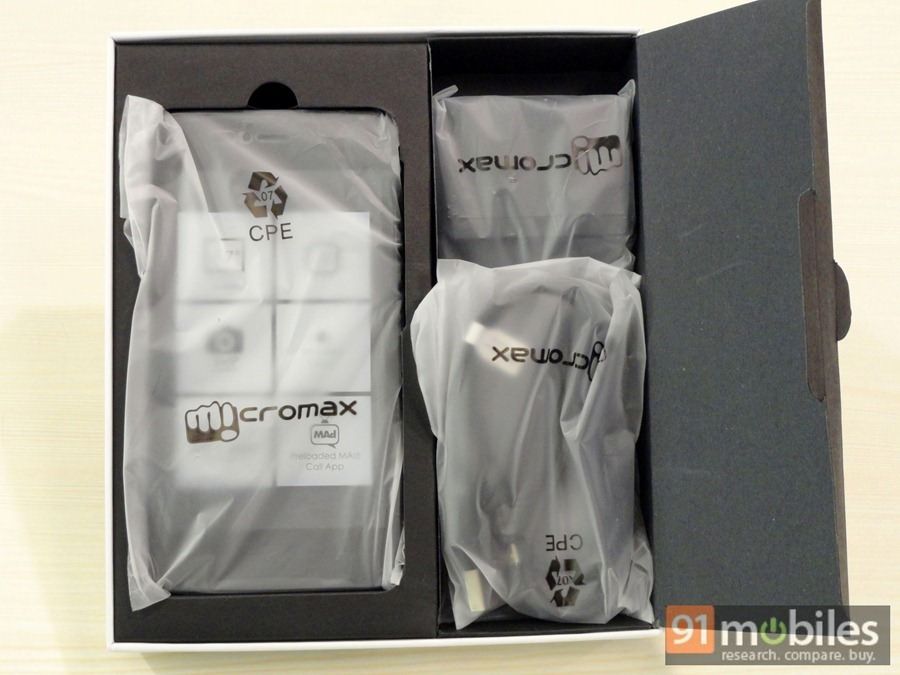 The first thing you will notice upon opening the box is the device itself, along with all the accessories provided in the box right next to the smartphone. 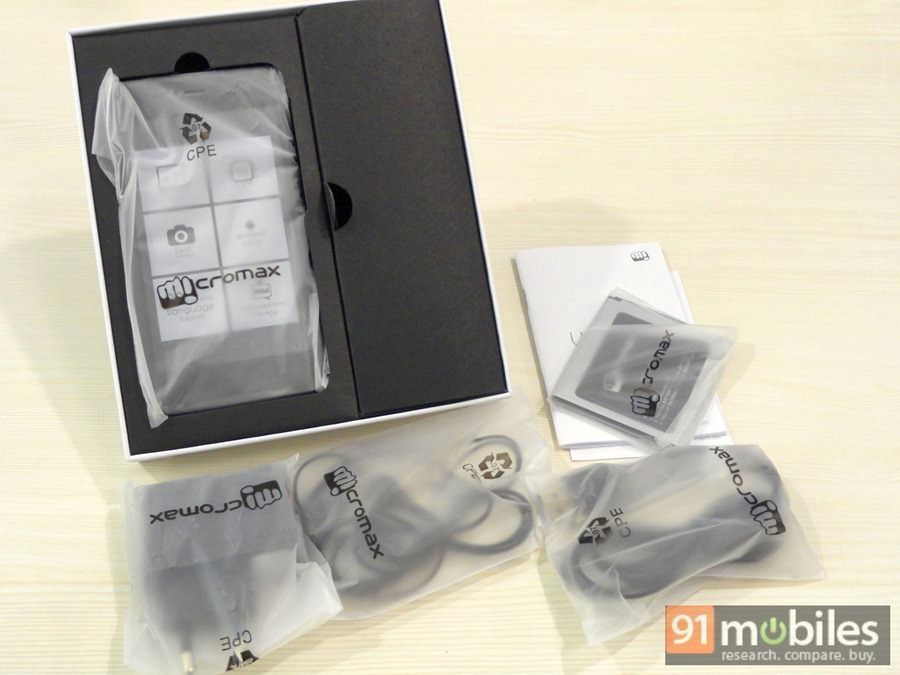 The set of accessories include the wall charger, a USB cable and a stereo headset. Unlike many other smartphones that we have seen from Micromax in the past, the Micromax Unite 2 does not come with any bundled freebies like a case or a cover. However, that would’ve probably been too much to expect at this price. 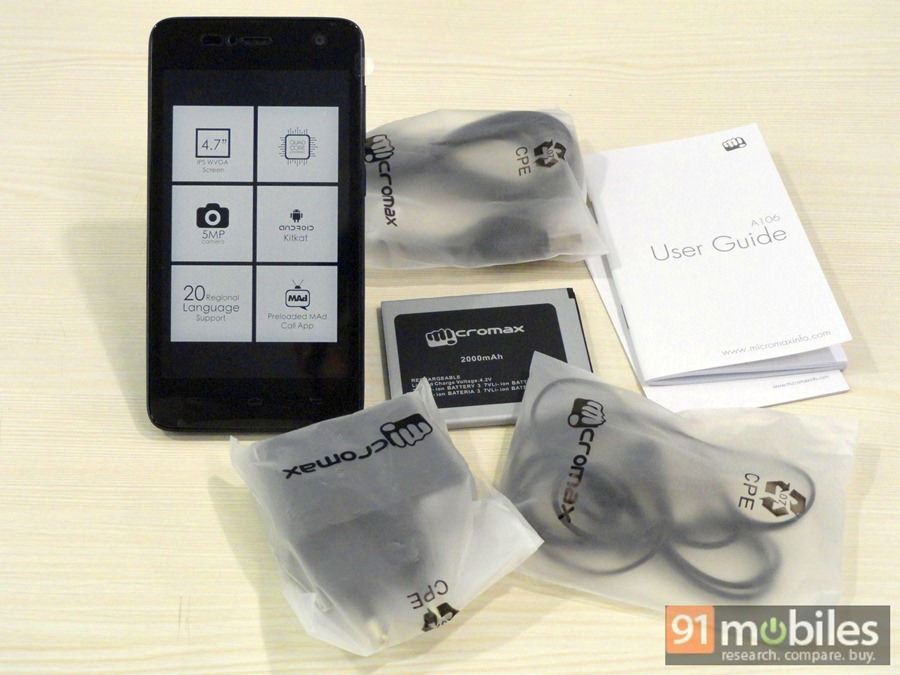 The battery along with the manual and few other important document guides has been placed right at the bottom.

The Micromax Unite 2 is projected as a budget Android device, but Micromax should be commended on the effort of bringing out an interesting and loaded device. The smartphone not only flaunts a powerful list of hardware specs for a budget device, it’s a good-looking device as well. The device has been made available in four different colour variants – red, green, dark grey and white. 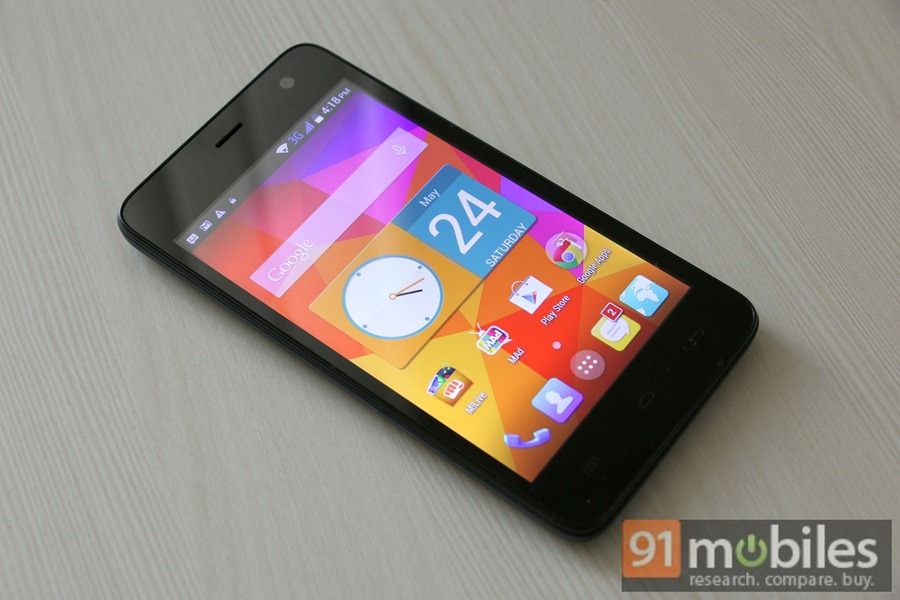 The Micromax Unite 2 feels like a solid device and owing to its bigger size, it’s easy to confuse it with a 5-inch  smartphone. The back panel features a rubberised coating which reduces the chances of it getting scratched, and also enables better grip on the device. Instead of a plastic front panel, Micromax has opted for a glass-based protective screen layer. However, there’s no Gorilla glass protection. 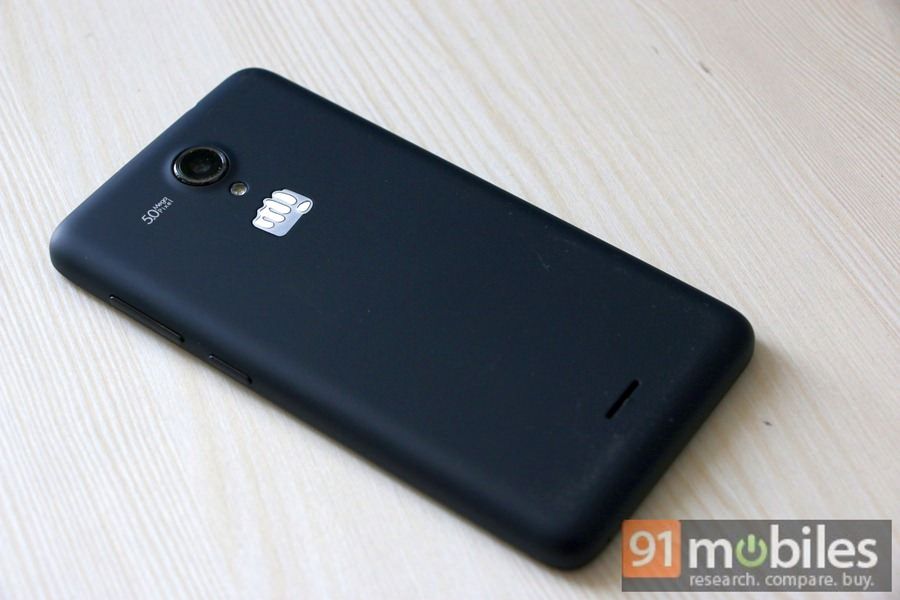 In terms of overall weight, the Unite 2 is certainly not  the lightest among budget Android smartphones, but that’s a good thing as a major chunk of that weight attributes to the 2,000mAh battery pack. From pure utility point of view, the Micromax Unite 2 feels like a very comfortable device to hold with its rounded and beveled edges. 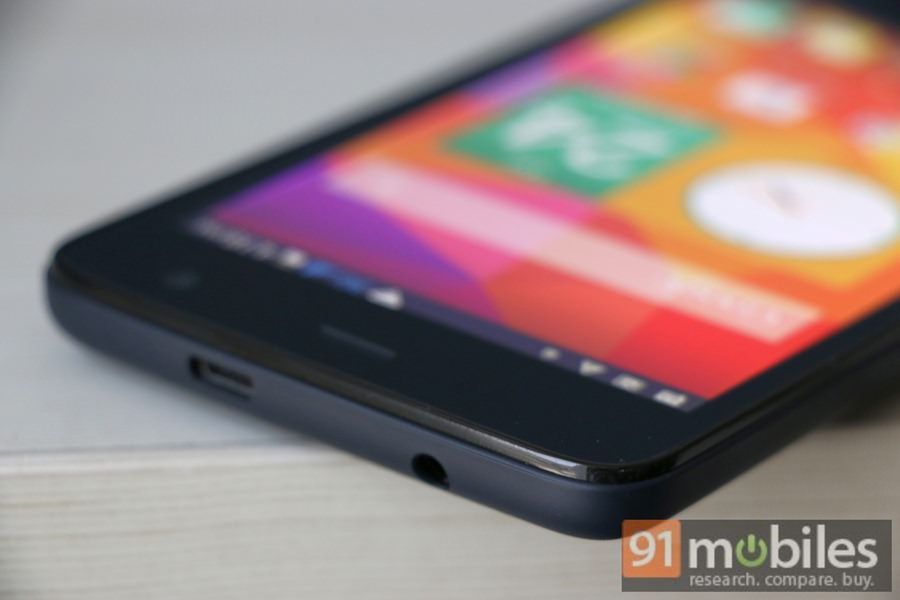 However, the Micromax Unite 2 is also not without some minor flaws. For instance, both the USB as well as the audio connector ports have been placed on top of the device. Though it doesn’t affect usability in any sense, but it’d certainly would look less crammed if both ports have wires connected to them. 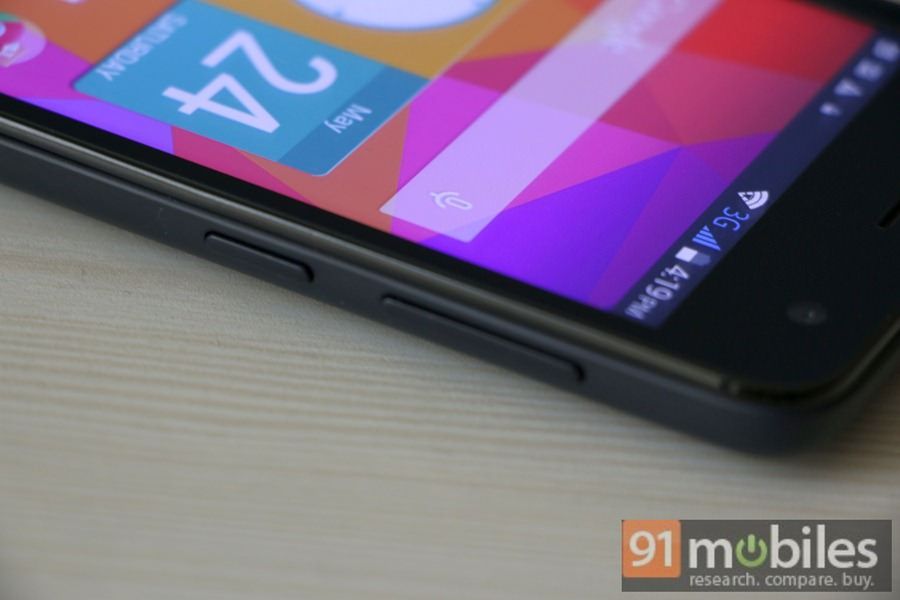 Additionally, the power key is perhaps a bit too soft and could result in some inadvertent presses while putting the device back in the pocket or while pulling it out. 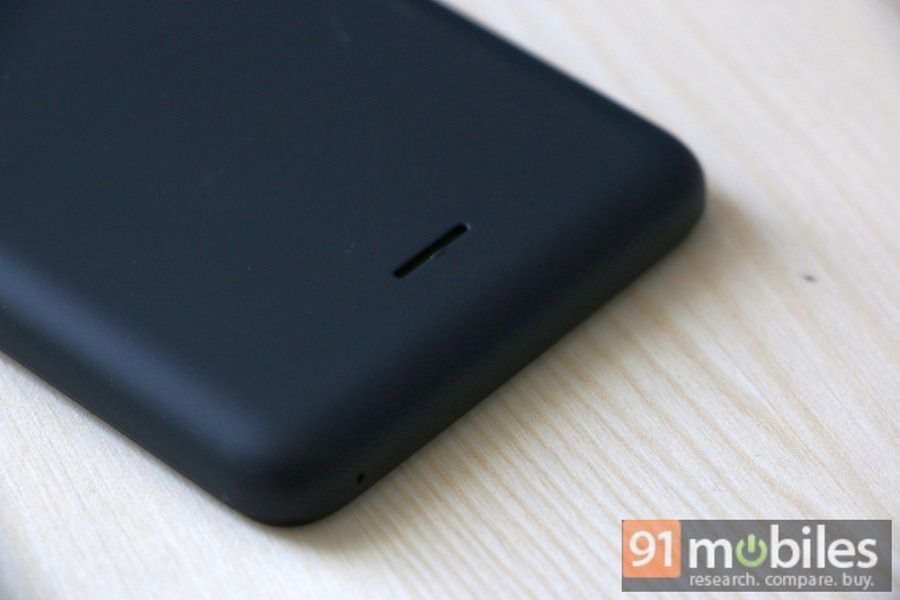 Even though it might have its own share of pluses and minuses as far as look and feel is concerned, the Micromax Unite 2 seems like one of the better budget Android smartphones at first glance. We are in the process of bringing out the full review of the Micromax Unite 2 in the coming days, so stay tuned.