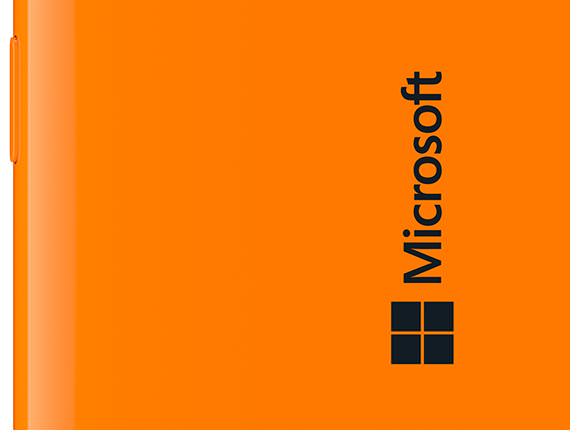 It appears that Microsoft has kicked off development on its first non-Nokia Lumia flagship smartphone. Rumours suggest that teh device will be dubbed as Microsoft Lumia 940, a successor to the Lumia 930 (first impressions) that was launched in India recently for Rs 38,649. If a list of specifications coming straight from a Nokia supplier factory is to be believed, the Lumia 940 could be shaping up to be a pretty powerful handset. 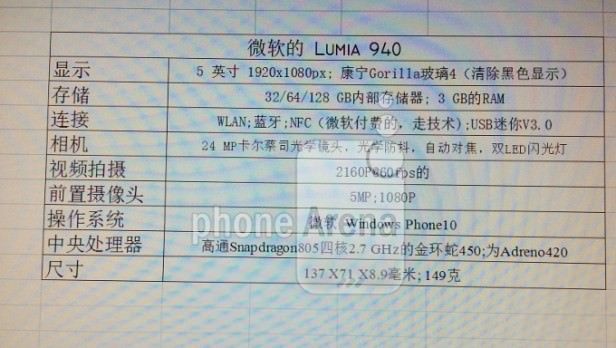 According to the leak, the Microsoft Lumia 940 will arrive with a 5-inch full HD display that’ll be protected with a layer of Corning Gorilla Glass 4. The fourth-gen Gorilla Glass 4 isn’t official yet, but we know that its coming, and the upcoming Microsoft Lumia could be one of the first devices to make use of it. The phone will pack a powerful 2.7GHz quad-core Qualcomm Snapdragon 805 processor, which will be backed by an Adreno 420 GPU and 3GB of RAM. The Lumia 940 is tipped to sport a new PureView rear camera with 24MP resolution and capable of 4K video recording, and a 5MP front snapper with support for 1,080p recording. The smartphone will be released in 32, 64 and 128GB storage variants.

The specs sheet mentions that it will run the as-yet unannounced Windows Phone 10 platform, which means the official launch is a long way off. Also, there’s no way to know how authentic the factory screenshot actually is, so it is advisable to take the news with a pinch of salt.