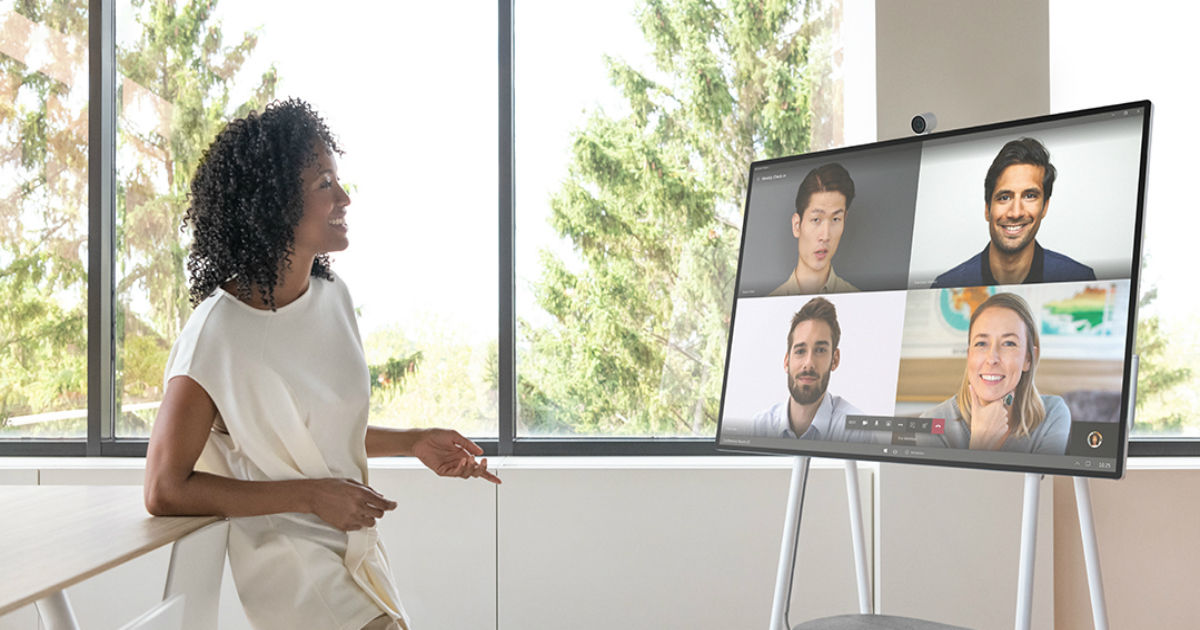 Microsoft has officially announced the Surface Hub 2S collaborative all-in-one PC for work environments. It comes with a relatively smaller 50-inch 3:2 display that is 60 percent slimmer and 40 percent lighter than the original Microsoft Surface Hub. The Hub 2S is powered by the 8th Gen Intel Core i5 processor and comes with Microsoft Teams and Skype for Business integration built-in.

The Microsoft Surface Hub 2S packs a 50-inch 4K multi-touch 60Hz PixelSense display with 3,840 x 2,160 pixels resolution and an anti-glare coating. It offers thin edges and narrow bezels and can be paired with Steelcase Roam Mobile Stand and APC Charge Mobile Battery to transform the Surface Hub 2S into a collaborative experience for conference rooms. It comes with Microsoft Teams and Skype for Business integration built-in. There is also a 4K camera, front-facing three-way stereo speakers, and an array of eight far-field microphones for video conferences. The device is powered by the 8th Gen Intel Core i5 processor with 8GB of RAM and 128GB SSD storage.

Connectivity options include Wi-Fi 802.11ac and Bluetooth 4.1. There is a fingerprint sensor, Gigabit Ethernet, and ports on board include USB Type-C, Type-A ports, an HDMI video input, and DisplayPort. The Surface Hub 2S features a modular design, meaning the hardware components can be upgraded. It runs on Windows 10 Team where multiple users can sign-in, it can also be used as Whiteboard as it packs Pen support. The Microsoft Surface Hub 2S is priced at $8,999 (around Rs 6.3 lakh) and will start shipping in the US starting June. 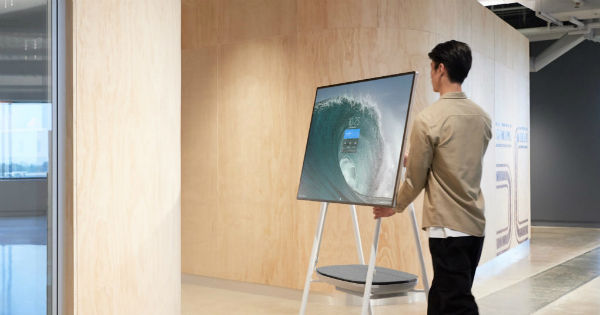 Separately, Microsoft has also announced that it will offer the Surface Hub 2 display with pen- and touch-enabled interactive display. There is a new configuration option for Surface Hub 2S customers to run Windows 10 Pro or Enterprise on their device for specialised app scenarios later this year. This will let users run Win32 apps on Hub 2S devices. Microsoft also said that it would begin testing Surface Hub 2S 85-inch model with select customers in early 2020.