“The Surface Phone will be a flagship offering with a 5.5-inch QHD display, 6GB RAM, and a Snapdragon 835 SoC”

Earlier this year, several reports suggested that Microsoft would launch not one but three Surface-branded phones in 2017. Now a couple of live images and renders of the alleged Microsoft Surface Phone have been leaked. 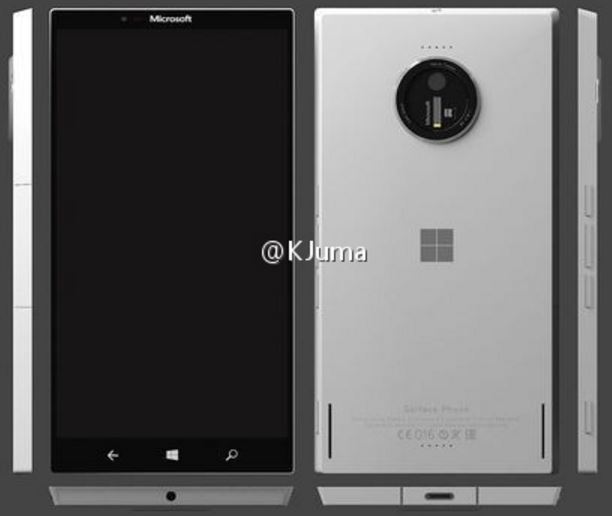 Popular gadget tipster @Kjuma on Weibo has posted a handful of photos of the alleged Microsoft Surface Phone. The photos reveal that the phone will sport narrow bezels on both the sides and top and bottom. It will have capacitive touch buttons for navigation below the screen. Microsoft branding is visible on both the front and the back. The device appears to have a regular 3.5mm headphone jack, a USB Type-C port, dual speakers, Carl Zeiss camera lens, and a dedicated camera shutter. 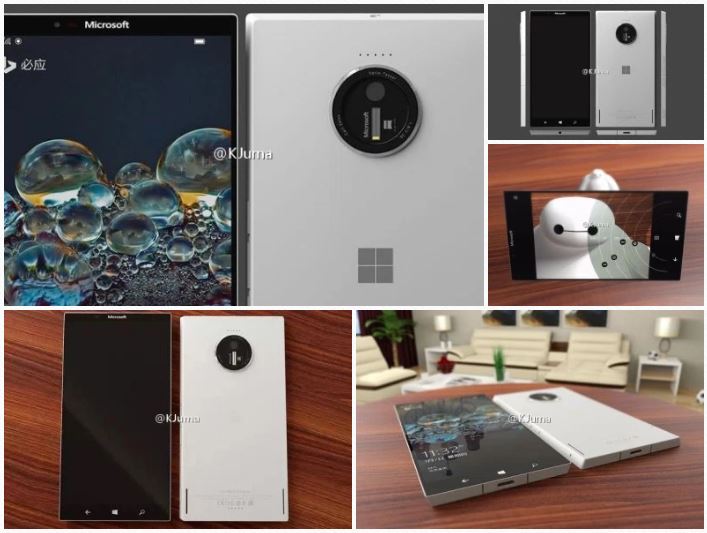 Unfortunately, the tipster hasn’t revealed any of the specs of the Surface Phone yet. However, as per earlier reports, it will be a flagship offering featuring a 5.5-inch QHD display, a Qualcomm Snapdragon 835 SoC, 6GB of RAM, Windows 10 Mobile, a 21MP rear snapper, an 8MP front shooter, an Iris scanner, and a 4,150mAh battery.