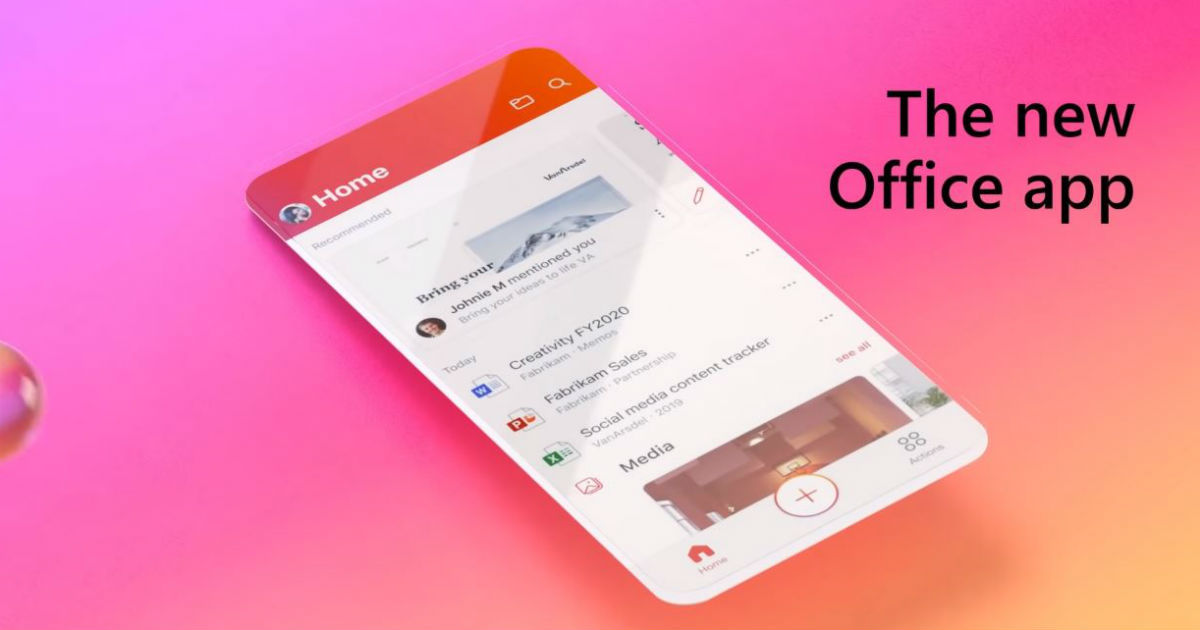 “The Office app unifies the three most used services of Word, Excel and PowerPoint, with added features to boot”

Two days after rolling out a new, unified Office app for Android, Microsoft has taken the same route for iOS and rolled out the same on the App Store as well. The new Office app unifies the three key services that are used from Microsoft’s Office suite — Word, Excel, and PowerPoint, and combines them into one swanky interface with a bunch of added features thrown in. With the rollout of the new Office app, iOS users will no longer need to download three different apps and use them for specific purposes. Instead, the single Office app will be good enough for all reasons common to the general purpose of the Microsoft apps.

Interestingly, even though the iOS version of the app was delayed by two days from the Android version, Apple users of the Office app will get a ‘Dark Mode’ for the app, which is something that is not there yet on Android. The app was officially announced in November, following which a limited preview of the same was offered to insider beta users. The Office app is a part of a revamp project for Microsoft, which also includes the use of AI tools to make its services smarter.

Alongside the standard usage of the Word, Excel and PowerPoint services on the Office app, users are also said to have access to templates for each service the way they did on the standalone apps. The app also allows quick note-taking, which can then sync with Windows 10 sticky notes and appear on your desktop. The Office app also has an AI engine that allows users to scan images to transform them directly into text files or even spreadsheets and allows users to read PDFs or sign them digitally on the app.

The unified Office app also allows users to transfer files directly from the app to a PC. While these are the features that are already part of the app, Microsoft announced a bunch of new features that would be coming to the app later this year. These include dictation typing and voice-based punctuation and formatting, an easy view ‘Cards Mode’ for quick reading data, and creation of slides based on handwritten text, all of which appear to be trickling over from the more powerful suite of Microsoft 365 desktop apps.