Windows Market Microsoft Windows Phone marketplace is showing some significant growth over a period of time. Though it might have not got enough traction, it throws some healthy competition towards Android and iOS apps. The Windows Marketplace has presently 70000 apps and is growing at speed of 300 apps per day. Also, it is a noticeable fact that the market place is surviving with 100,000 registered developers. It means, there are more people who are able to create apps than have actually created apps.

For the first time Microsoft communicated the news on Windows apps through their official media channels thinking this as a significant growth. Another such major development for Microsoft Windows marketplace is it’s availability in 63 regional markets and expanded to 28 more countries. Initially, there is an impression that Windows market place got enough apps and the actual scene is utterly different. The marketplace also lacks some essential apps that are available with iOS and Android. To be more comparative, it is the difference of 70000 apps and 500,000 apps. 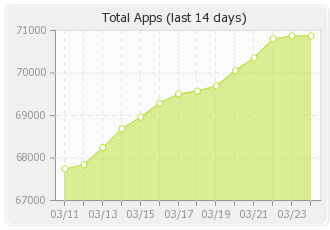