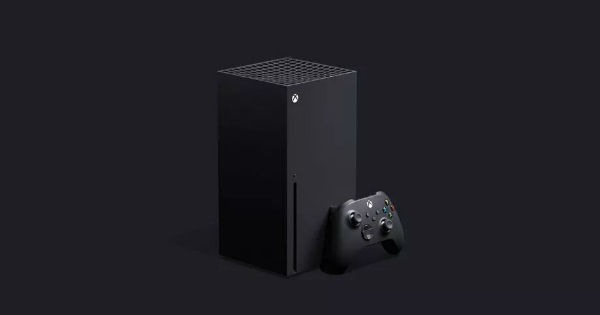 “The Xbox Series X supports 8K gaming with frame rates of up to 120 fps in games, ray tracing, and variable refresh rate support”

Microsoft next-generation Xbox, dubbed Xbox Series X, has been officially revealed at The Game Awards. Design-wise, it looks more like a PC than a tradition gaming console, and it can be used both in vertical and horizontal orientations. The company claims the Xbox Series X can deliver four times more processing power than the Xbox One X and is much quieter as well. The new gaming console would include a custom-designed CPU that is based on AMD Zen 2 and Radeon RDNA architecture and packs NVMe SSD. The Xbox Series X also supports 8K gaming with frame rates of up to 120 fps in games, ray tracing, and variable refresh rate support.

Since it’s just an announcement, Microsoft hasn’t really talked about the GPU performance yet, but it demoed the Hellblade 2, a new game from Ninja Theory that is developed for the Xbox Series X and the graphics seen in the Hellblade 2 trailer were apparently captured in the game engine that is running on the console, in real-time. Microsoft’s Xbox chief, Phil Spencer, talking to GameSpot said, “We wanted to have a dramatic upgrade from the Xbox One base console,” says Spencer. “So when we do the math, we’re over eight times the GPU power of the Xbox One, and two times what an Xbox One X is.”

The Microsoft Xbox Series X console features Auto Low Latency Mode (ALLM) and Dynamic Latency Input (DLI) that should make the console responsive. Furthermore, Microsoft has also revealed its new Xbox Wireless Controller and talking about it, Spencer noted, “Its size and shape have been refined to accommodate an even wider range of people, and it also features a new Share button to make capturing screenshots and game clips simple.” The updated controller will work with the existing Xbox One consoles and Windows 10 PCs. The Xbox Series X will be launching officially in 2020 during holidays.