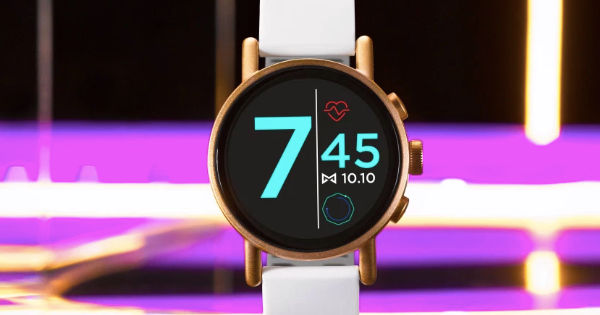 Misfit, a sub-brand of Fossil, has unveiled a new smartwatch called Vapor X. The wearable is powered by WearOS and comes interchangeable straps and a customisable watch face. The company claims that the Misfit Vapor X is its lightest and most efficient Wear OS smartwatch. The Vapor X weighs 43 grams, sports aluminium chassis, and is rated to last for a full day or more with a new battery saving-mode on a single charge. At its core lies a Qualcomm’s chipset for wearables, the Snapdragon 3100, mated with 512MB of RAM and 4GB onboard storage.

Coming to the specifications, the Misfit Vapor X has a lot in common with Fossil Gen 5 smartphone, which costs $295 (~roughly 21,000). Both come with built-in GPS, NFC for Google Pay, a heart rate sensor, and are waterproof up to 30 meters deep. The notable differences are configuration – Gen 5 smartwatch comes with 1GB RAM + 8GB storage – and speakers, which the Vapor X lacks.

Apart from this, the Vapor X comes with a magnetic charger, which Misfit claims can add 80 percent juice in less than an hour. It sports a 1.19-inch AMOLED display, 42mm casing, and offers compatibility with Android 4.4 devices and above or iOS 10 and above. The watch comes pre-loaded with music streaming app Spotify and a bunch of health tracking features such as the Cardiogram app that can be used to will monitor the wearer’s vital signs.

[CES 2016]: Misfit launches the stylish Ray fitness tracker with a starting price of $99.99