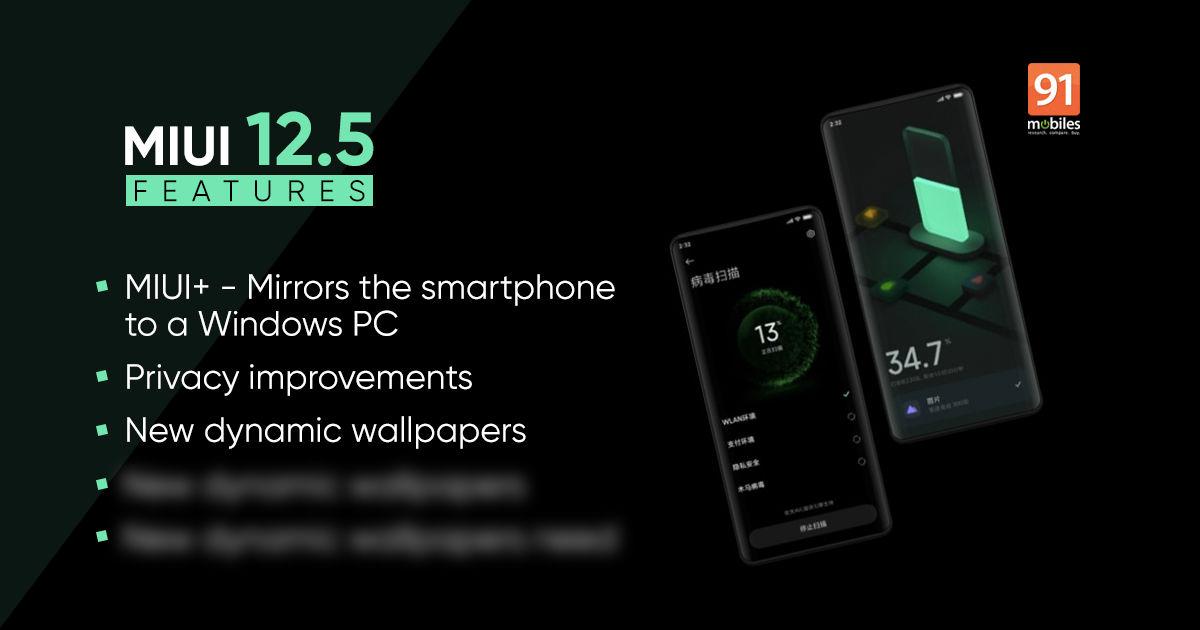 MIUI 12.5 update was officially announced by Xiaomi late last year, with iterative upgrades, a handful of new features, and improvements over the regular MIUI 12 skin. The highlights of the Android 11-based custom skin include aesthetic changes, new privacy options, another set of dynamic wallpapers, and a new MIUI+ feature that mirrors Xiaomi smartphones to a computer. In addition to this, Xiaomi claims that the new MIUI 12.5 is lighter, faster, and more efficient than before. The MIUI 12.5 update is expected to rollout to all eligible devices by the end of this year. Here’s a quick look at Xiaomi’s MIUI 12.5 update list, release date, features, download, and eligible devices, among other things.

MIUI 12.5 update release date in India has not been announced yet, but at the Mi 11 global launch in February, the company revealed that the skin will start rolling out to eligible devices as early as in April for the international devices. We’re presuming the MIUI 12.5 update will also be available for Xiaomi users in India around the same time.

MIUI 12.5 features include MIUI+, which mirrors a smartphone to a Windows PC. As per an XDA Developers report, the feature allows users to view phone notifications on the desktop, use select apps, and basic features such as copy text on the phone and paste it on the desktop, among other things. That said, MIUI+ will be available only on select Xiaomi phones such as Mi 10 Ultra, Mi 10 Pro, Mi 10, Mi 9 Pro 5G, Mi 9, Redmi K30 Ultra, Redmi K20 Pro, and Redmi K30 Pro.

– The Clipboard protection will keep a log of every app and let users know which one is going overboard to read the copied contents.
– The Fuzzy positioning will disguise a user’s locations to a few meters away from the exact location to improve safety in certain scenarios.
–The browser will be able to block downloads from web pages it deems malicious. The company has also made changes to how sites track users through the browser.
–Lastly, MIUI 12.5 will allow users to divide photos and data independently rather than allowing apps to access all of them with Sandbox Mechanism. 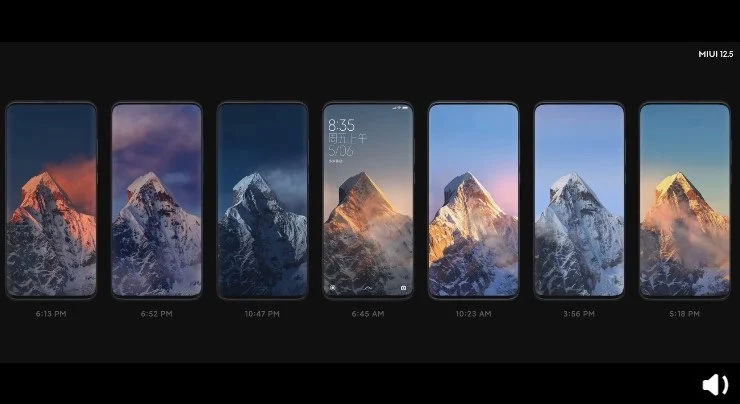 Xiaomi has introduced new dynamic wallpapers with MIUI 12.5 such as Snow Mountain taken from Mount Siguniang – the highest mountain of the Qionglai Mountains chain in Western China. This in addition to Mars and Earth wallpapers, which were announced with the standard MIUI 12. The wallpapers change to day and night to match the time of the day.

The new Notes app that you get with MIUI 12.5 can now add quick mind notes and generate brain maps (a chronology of notes) with just a click. The app also brings graffiti function, optimisation for finger painting (with 4 brush strokes), quick shorthand window to quickly jot down notes, and new typesetting system with dynamic grids to improve aesthetics.

These were some of the top features of the MIUI 12.5. In addition to this, the Xiaomi custom skin also features faster performance and uninstallable System Apps such as Mi Calculator, Notes App, Weather, Compass, Scanner, and Mi Recorder.

Users will be notified of the MIUI 12.5 download link as and when it’s available for their devices. They can also check for MIUI 12.5 update manually by going to the phone’s settings –> searching for ‘System update’ –> and tapping on the ‘Check now’ option. If there’s any update, you’ll see download/ install button on the screen. The public beta version of MIUI 12.5 global version is already available for a handful of devices.

Xiaomi has announced a bunch of Redmi and Mi devices that’ll receive the MIUI 12.5 update. However, there is no word on POCO devices, including POCO F1 and POCO X3, yet. The MIUI 12.5 update list for the global version is as follows: