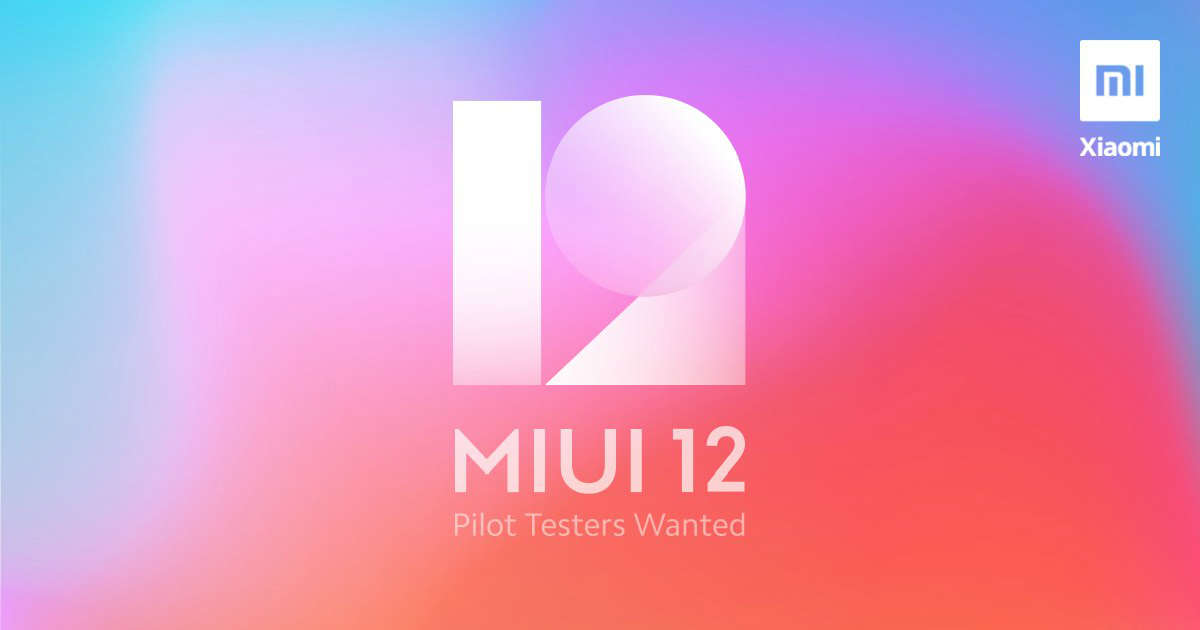 MIUI 12 Global ROM has been launched for markets outside of China. The latest version of Xiaomi’s custom skin was originally unveiled in China back in April with beta test already underway. MIUI 12 brings a host of new features such as improved dark mode, new system animations, visual changes, and privacy and security improvements. It introduces a new control-centre design that is now separated from the notification panel, similar to the iOS 13 layout. Xiaomi says the new visuals and animations are inspired by nature. The company has also revealed the global rollout details and a list of MIUI 12-supported smartphones that will get updated from June.

MIUI 12 comes with a new Super Visual Design, which displays all the important data such as the available storage, battery capacity and more in new graphs and visual diagrams form. This is more pleasing to the eye and also very informative. The UI elements are now much cleaner with wider spaces between images and texts. The new Dark Mode 2.0 dynamically dims the wallpaper and auto-adjusts the brightness of the font. There’s also a Sunlight mode, which as the name suggests will brighten the display for better outdoor visibility of the content. There’s also a new floating window, new launcher with an app drawer, and an improved Ultra battery saver mode. 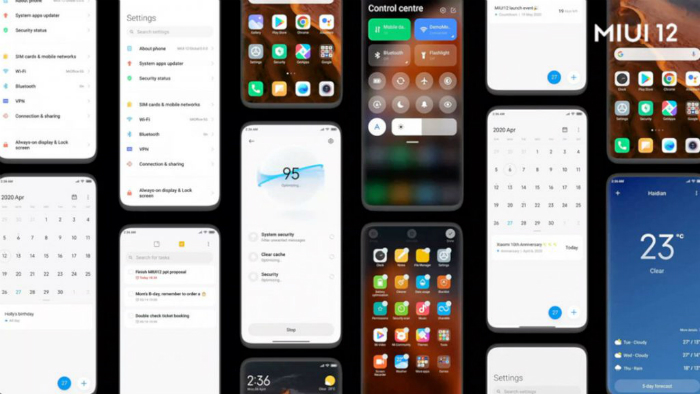 MIUI 12 brings new Super Wallpapers, which are high-res 3D landscapes of the Earth, the Moon and Mars. These change colour based on the current theme and also zoom in-and-out when you unlock the handset. The launching/closing apps, switching between screens, recent menu get new animations that are now claimed to be more life-like. Xiaomi says the physics engine renders these animations with 3D trajectories utilizing G2 curvature, simulating real-life motion. The new Control centre now has a grid of quick setting shortcuts such as Wi-Fi, Bluetooth, Mobile data and more in rounded rectangular buttons.

MIUI 12 brings new privacy features that monitor app permissions and sensitive information and if there’s any violation, it quickly notifies the user. It keeps track of apps access to location services, microphone, or camera. The custom skin also brings new gestures with a bar at the bottom. 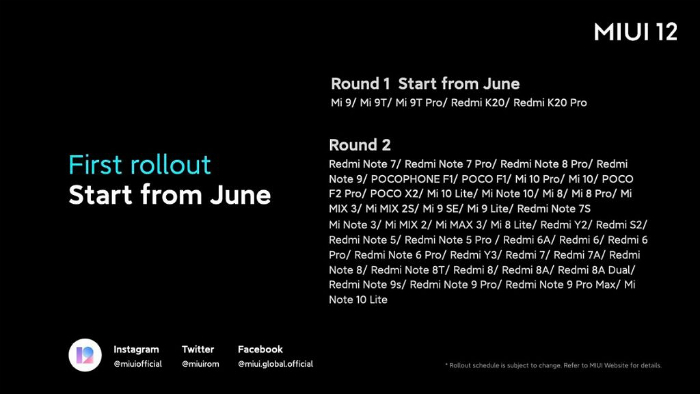 MIUI 12 stable global update will start rolling for Mi 9, Redmi K20/Mi 9T, and Redmi K20 Pro/Mi 9T Pro from June, while beta testing will begin from next week. Second batch of devices getting the MIUI 12 update include Redmi Note 8 Pro, Redmi Note 9, POCO F1, Redmi Note 7 Pro, Mi 10, Mi 10 Pro and others are mentioned in the image above. However, the exact timeline isn’t revealed yet. Though it’s not confirmed, Xiaomi is expected to introduce MIUI 12 in India in the next few weeks and the software version should include some India-specific features.