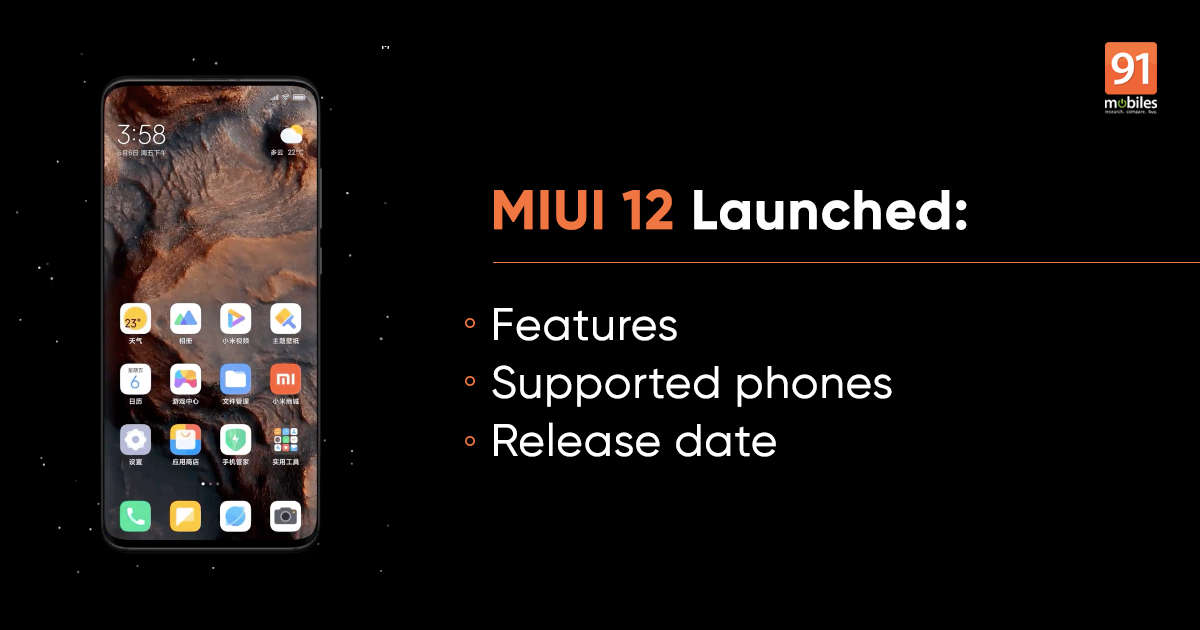 Xiaomi’s latest custom Android skin MIUI 12 has officially been announced in India. The new custom skin comes with a handful of improvements that promises better experience compared to its predecessor MIUI 11. The MIUI 12 interface is now much more cleaner with wider spaces between images and texts. The UI also comprises new wallpapers, animations, gestures, enhanced privacy controls, and Super Visual Design that displays all the important data such as the available storage, battery capacity and more in new graphs and visual diagrams form. Xiaomi has also refreshed the control-centre design, which seems to be inspired by iOS, and improved dark mode where wallpaper dimming and font adjustment can be done more seamlessly. MIUI 12 will start rolling out to compatible devices, including Mi 10 and Redmi Note 7 series, starting from August 20th. Redmi Note 9 and Poco X2 have already started receiving the update in India.

MIUI 12 features focus on design, privacy, multi-tasking, and security. The UI has a new Super Visual Design that, as stated above, displays data such as available storage, battery capacity and more in new graphs and visual diagrams form. This is more pleasing to the eye and also very informative. There’s dynamic Dark Mode 2.0 and Sunlight mode as well. The latter brightens the display for better outdoor visibility of the content.

The MIUI also features a new floating window, launcher with an app drawer, and an improved Ultra battery saver mode. Xiaomi has also added new Super Wallpapers that are high-res 3D landscapes of the Earth, the Moon and Mars to its latest custom Android skin. These wallpapers change colours based on the current theme and also zoom in-and-out when you unlock the handset.

There are new animations for launching/ closing of apps and navigation. Additionally, the control centre has quick setting shortcuts for Wi-Fi, Bluetooth, Mobile data and more grid pattern with rounded rectangular buttons. As for privacy, the MIUI 12 can monitor app permissions and sensitive information, and if there’s any violation, it quickly notifies the user. The custom skin also brings new gestures with a bar at the bottom.