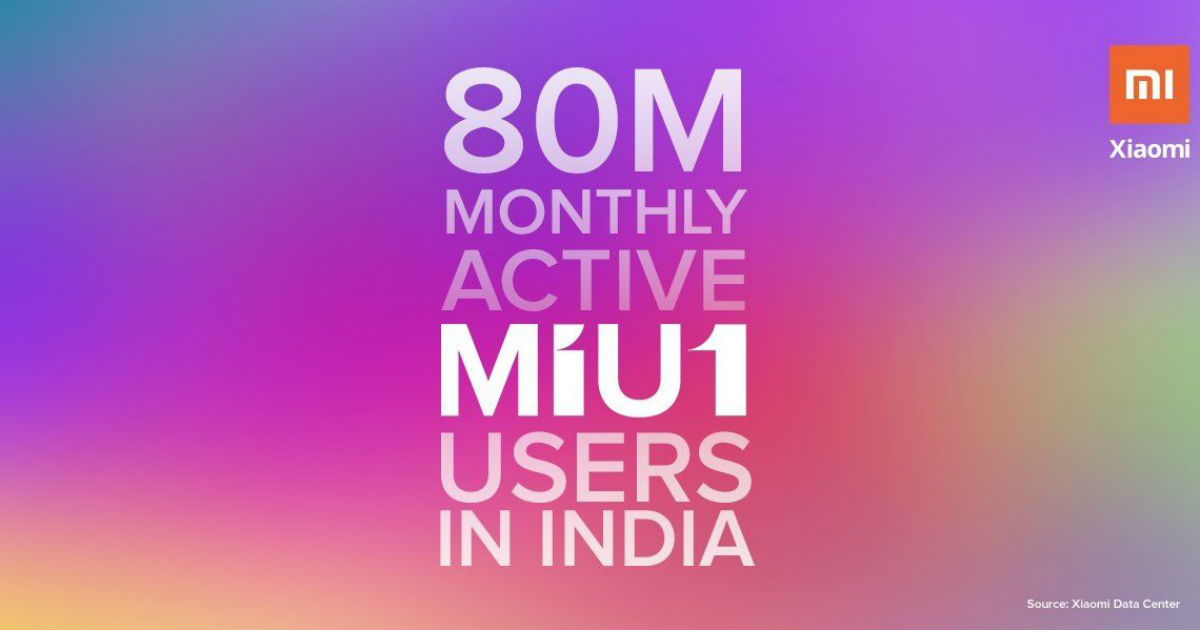 “MIUI 11 should bring Xiaomi’s payments service to India and will likely come as an OTA update to its other smartphones.“

In a recent tweet, Xiaomi announced that it has 80 million MIUI users in India. The company announced this at the launch of its newest version of its custom interface alongside the latest iteration of the popular Redmi Note series, the Xiaomi Redmi Note 8 Pro. The global stable ROM for MIUI 11 is coming to the market with this device, although Xiaomi has announced a phased rollout of the latest firmware for its latest device, scheduled in the later phases of the update.

MIUI 11 should bring Xiaomi’s Mi Pay service to India, while also improving features already existing on MIUI 10. It’s possible that the UI will be a fully gesture-based system, though Xiaomi hasn’t made that system default yet.

Mi fans, there are approximately 80mn monthly active MIUI users in India. Thank you for all the love.

We are geared up to launch #MIUI11 tomorrow. This will make your life simpler and your phone’s visuals more dynamic than ever before.

Xiaomi also confirmed the MIUI 11 rollout phase, alongside the new features. MIUI 11 will come to the Redmi Note 8 in the third phase, and the flagship Redmi K20 Pro and K20 will receive the update earlier. Xiaomi is usually quick to bring its UI to its smartphones, and devices like the Redmi Note 7 Pro will also be receiving it by next month, alongside other devices. Notably, lower-end devices like the Redmi 8 are receiving the update before the Redmi Note 8 lineup, with the company stating that the MIUI 11 rollout phases are based on the company’s device testing schedule. It’s worth noting that the Redmi Note 8 Pro was first launched in China with MIUI 10, so MIUI 11 will be an over-the-air (OTA) update for it, and not an out-of-the-box feature. In good news for users, the Poco F1, which is another flagship-class Xiaomi smartphone, is also receiving the new firmware update.

The Redmi Note 8 Pro is amongst the first Xiaomi smartphones to sport a 64-megapixel quad-camera setup. The company had advertised the same earlier, and is bringing the device to India soon. The phone is priced between Rs 14,999 and Rs 17,999 depending on the RAM and storage combination that is picked. If you have been a long time Xiaomi customer, you may already have downloaded a beta version of MIUI 11. The stable version, of course, makes it more suited to the mainstream user base.