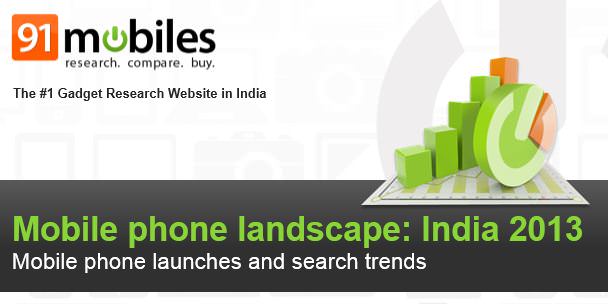 Did you know that there are 68 different brands in India currently selling mobile phones? Of those, nearly 48 are homegrown, and they account for 70 percent of all mobile phones launched in the country. How about the fact that there were a total of 957 mobile phone launches in India in the year 2013, and this number is up a whopping 85 percent as compared to the previous year? Or that the so-called ‘phablet’ segment saw a 10x increase in 2013 when compared to 2012? These are just a few of the highlights from our comprehensive report on the state of the mobile industry in India. Powered by 91mobiles’ extensive catalogue that lists all launches in the mobile segment, including handsets and tablets, and using research data derived from 125 million page views on 91mobiles.com by over 25 million people, this report encapsulates and charts how this industry in moving in India. In a nutshell, the report covers: The reports contains tons of relevant information for those tracking the mobile industry in India, brands, users, and enthusiasts, and provides invaluable insights into the way things were, how they changed, and what the time to come might bring. While we’d certainly like for you to go through each and every slide, here’s a short summary if you’re pressed for time: Deepak Dhingra contributed to this report.
ShareTweetShare